Are you one of those people who has trouble figuring out if someone has a crush on you? Many of us can honestly say we’ve been a little oblivious on more than one occasion. And that’s when we’re face-to-face with the person who might be falling in love!

In this modern day and age, a lot of communication is done over text. Without body language cues, a clear and distinct tone of voice, or the chance of catching the other person visibly off-guard, figuring out if someone likes you is more difficult than ever.

Luckily, even in text, there are certain things that may reveal if the guy you’ve been talking to has the hots for you. Here are some text message behaviors that reveal a man is falling in love. 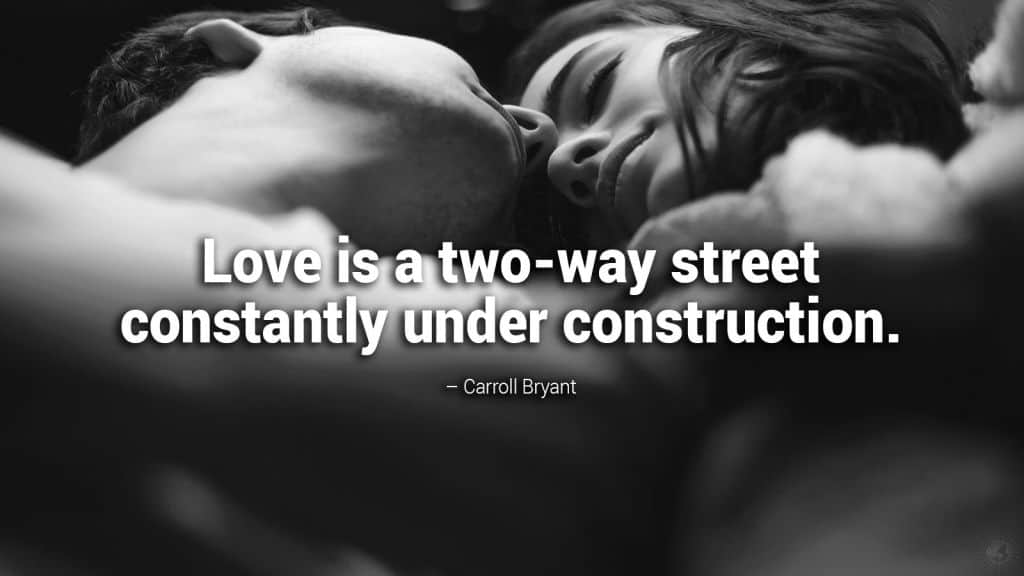 A man who always texts first is taking time out of his day to contact you. Chances are, he wants to talk to you and knows the surest way to make that happen is to text right now!

This also goes for continuing a conversation. Someone who doesn’t want to keep talking will give nonchalant, one-word answers, or simply not seem very engaged in what you’re saying. They will make no effort to keep the exchange going.

Basically, if you always have to start conversations and keep them running, there’s a good chance the other person isn’t interested. Pay attention to who usually starts the conversation and what kind of replies he gives you.

Long texts indicate that someone is dedicating extra time to you. Instead of giving flippant one-word answers, he’s taking the time to compose lengthy messages. That means he wants to give you thoughtful answers that can be built on.

Long texts also tend to hold more information, making them good for ensuring continued conversation. So it could be a guy’s way of saying, “Let’s keep chatting!” After all, people pay attention and dedicate time to people they like – so there’s a good chance that this man likes you!

3.    He gives you thoughtful compliments

Compliments are wonderful in person and through text. If a man is handing out kind words to you left and right while he messages, he’s trying to make you smile. Basically, he’s being flirty in a very sweet way.

It’s even more of a sure sign that a man is falling in love if his compliments are specific. He might go beyond just saying you look pretty or are smart, instead complimenting the color of your eyes, praising your actions in a particular situation, or mentioning how he liked a particular outfit or perfume you wore.

Inside jokes and nicknames form a bond between two people. They’re almost intimate, in fact, because they’re something shared by only you and him. So if he’s given you a cute nickname that he uses when texting you, it’s because he likes you and is trying to flirt with you.

A man may also try to create inside jokes or reference moments you’ve shared together if he likes you. This is because these instances form a connection between you and he wants you to remember those special moments. It helps draw him closer to you, and it becomes your little secret.

If it only takes a few minutes for someone to reply to your texts most of the time, there’s a good chance it’s an indication of strong feelings. He might even be excitedly awaiting your messages and probably can’t wait to get back to you!

Of course, sometimes a guy will be busy and not checking his phone for other reasons. After all, he has a life, too! And sometimes, dating “conventions” might force him to wait before he texts back for fear of seeming too eager. So you can’t know for sure if someone isn’t interested if they don’t always reply in a rush – but if they do, they just might be!

6.    He finds any reason to randomly text you

Sometimes, this guy just texts you out of the blue. He comes up with reasons to send you a message and shares things with you just to start a conversation. That’s how you know he really wants to talk to you and is falling in love!

This is even more true if he says he saw something that made him think of you, and that’s why he texted. This means that he’s not only trying to find a reason to message, he’s also trying to make it more personal to you. That’s a positive sign as far as his feelings for you are concerned!

Emojis are a common part of texting language. What emojis he uses says a lot about whether or not he likes you. If he’s sending hearts, winks, or even the more suggestive emojis, he might have a big crush on you!

In addition, someone who usually doesn’t use emojis in text but does so with you has a high chance of being into you. They feel like being silly and flirty, just specially for you. That’s a definite honor!

8.    He asks you personal questions

Someone who is interested in you will want to know more about you. If he talks mostly about himself, random topics that have nothing to do with you, or just makes small talk, he might not be feeling it. If he’s falling in love, he’ll ask questions about you, what you like, and how your day was.

He might want to know what you enjoy so he can woo you, or ask about your dreams and goals so he knows how well your futures will match up. Given the fact that asking relevant questions makes someone more likable, don’t be surprised if you start having positive, lovey-dovey feelings about this guy too!

A man who goes out of his way to send you jokes, puns, memes, and funny videos is totally into you. It shows that he wants to make you smile and improve your day – and possibly impress you. Plus, a compatible sense of humor is a factors in whether or not you would work out as a couple!

We all know that funny guys are amazingly attractive. Face it – a sense of humor is hot, and that’s a proven scientific fact! So it makes sense that text message behaviors involving humor are so effective. You’ll find yourself falling, too!

10.  He texts you first thing in the morning

Someone who texts you as soon as he wakes up, almost without fail, definitely has some feelings for you. It means you’re the first thing he thought of when he awoke. How sweet is that?

This means this guy greets you good morning as part of his daily habits. Maybe it helps him smile and start the day with positive thinking. Maybe it’s because he really wants you to like him and hopes the early texting will help his cause. Either way, it’s a lovely, telling gesture!

11.  He texts you goodnight

This goes the same way as the good morning texts. Someone who almost always makes sure to wish you goodnight before bed means you are the last thought he has every day. It also means that no matter how busy his day gets, he’s setting aside a little time just to talk to you, even for just a moment.

Of course, we don’t mean those sleazy “You up?” messages someone sends for a booty call. But hey, if he sends those too and you’re into it, it’s not something to complain about either way!

12.  He pretty much texts you all day long

We’ve covered mornings, we’ve covered nights, and we’ve covered random texts. But what does it mean if a guy is constantly sending you messages throughout the day? It doesn’t take a rocket scientist to see the meaning behind that!

If you and this man are always texting in one long unending conversation, even if there has to be some pause between messages sometimes, it’s a sure sign that he’s falling in love. He can’t get you out of his mind, and he wants to always communicate with you, even when you’re not together!