Frankincense – that exotic aroma wafting through the air from the burning of its incense. This aromatic resin from the Boswellia tree has stories stemming from before the Old Testament. It is an incense still commonly used in religious and cultural ceremonies due to the belief that it will raise your soul to spiritual ecstasy.  Given its reputation, no wonder researchers have linked it to relieving depression and anxiety.

Depression and anxiety exist as a way of life for more than 300 million people around the world.  This statistic is estimated from the World Health Organization.

The National Institute of Mental Health states at least one major depressive episode happened to at least 16.2 million adults in the U.S. in 2016.  That translates to 6.7% of the U.S. adult population.  Depression affects most people between the ages of 18-25, with women twice as frequently affected than men.

Depression exists as a debilitating, and in some cases, deadly disease.  It has more than one form, each with varying levels of depression and additional symptoms.   Depression and anxiety tend to co-exist in their diagnosis.

According to WebMd, the symptoms of depression usually include:

Multiple forms of depression exist. They are usually distinguished by how they manifest, how long the symptoms occur, and how regularly you experience them.

Some milder cases of depression can be triggered by events in your life.  Examples include a death, family event, break up, or a significant change in your life.  These, while still possibly requiring therapy and medication, are considered a normal reaction to an event. They do not necessarily indicate a disorder.

This is a single, debilitating episode of depression that lasts longer than six months.

This depressive disorder is also known as Dysthymia.  It is associated with a chronic, low-level depression that occurs for two years or longer.  An individual with this disorder may experience all the above symptoms of depression, but they are not usually suicidal and can function in life.  This is mostly related to “Functional Depression” in which an individual may not even seem depressed to the outside world.  Only those closest to them know of how they struggle every day to keep a handle on the symptoms.

Bipolar is most commonly known for the extremes of moods.  One mood is depressed and the other is very hyper or manic.  There is a Depressive Type Bipolar where the individual experiences mostly depressive symptoms, but at least three times a year has an unexplained surge in energy that may not reach the height of a manic stage.  This surge in energy is usually deemed as “hyper,” and the individual may seem more energetic than their norm.

Seasonal depression is a form that is affected by the amount of sunlight or lack of sunlight.  During the months in which the sun is out less, autumn and winter, the individual experiences depressive symptoms.  During summer and spring, they are just fine.

Postpartum Depression occurs in some women after the birth of a baby. Having a baby is difficult for any mother.  You are tired, your hormones are in flux, you’re stressed, and you just don’t physically feel like yourself.  When these symptoms worsen and continue for weeks or months, then it becomes a form of depression.  If not recognized and treated, then it can become extremely dangerous for the mother and the baby.

Psychosis is a state of mind in which a person starts to hear, see, feel, or smell things that aren’t there.  They may also begin to have pervasive thoughts involving grandiose ideas or paranoia.  These thoughts are called delusions.  They are an altered way of thinking in which others cannot convince you to the contrary.

Depression is a real and treatable disorder if diagnosed.  It is not something to be ashamed or embarrassed by.  If you suspect that you, or someone you know, may be depressed, seek help from a medical professional immediately.

In the case of seasonal depression, vitamin D and a “light” lamp are added to therapy.   This is a light that puts out the same type of rays as the sun.

Taking medication for depression can be a bit of trial and error.  There is no sure-fire way of knowing which medications are going to be effective.  Depending upon your symptoms, more than one medication may need to be used.  The more medications you are on, the more complicated it can be and the number of side effects increases.  Sometimes these side effects are too much or make you feel worse than without medication.  In those cases, people look for alternative treatments.

One such alternative treatment is repetitive transcranial magnetic stimulation.  This uses magnetic pulses that target the areas of your brain that control your mood.  It requires six weeks of treatment at five days per week.   This is also an alternative for those who are resistant to medication.

In very extreme cases, electroconvulsive therapy is used.  ECT consists of electrical currents running through the brain.  The severe cases of depression generally involve a form of psychosis or comatose states.  Sometimes, while certain people seem non-responsive to medication or unable to tolerate it, they can respond to this form of therapy.

How can Frankincense relieve depression and anxiety?

Often, even with medication, those with depression or anxiety still have depressive traits that they cope with on a near-daily basis. Usually, their overall mood eventually improves and they can think with less pessimism, yet certain symptoms hang on. These lingering symptoms affect their families, their work performance, and the individuals’ own sense of personal security and success.  A few of these symptoms may include:

Since scientists still aren’t sure what causes depression, they can only treat some of the major symptoms.  While helping to decrease extreme emotions is still a huge step, it leaves millions of people looking to other ways.

Many tend to focus on meditation, exercise, yoga, and other alternative supplements.  Finding alternative ways to alleviate, or further reduce, these symptoms is something scientists are still studying.

One such possible alternative is the use of Frankincense.

A group of Israeli and American scientists performed a study on a group of female mice.  The basis of the theory was that a chemical called TRPV3 had been shown to exist in the neurons of the brain.  Their purpose was unknown.  It was known that it acts to aid in the sensation of warm skin.  What it did in the neurons was still a mystery.

Frankincense (Boswellia) resin had already been proven to activate TRPV3 and was shown to create, among other things, anti-depressive behavior in wild rats.

The scientist isolated the chemical in Boswellia resin that created this effect, incensole acetate (IA).   The mice were injected with IA and then put through specific psychological tests, which were the standard testing format.  These tests are physical feats that test the mice for emotional stability and motor skills when faced with adversity.

The conclusion? Boswellia resin did have an effect on sensation and emotional status.  The study also proved that TRPV3 has some relationship to the way in which the central nervous system processes emotion and behavior.

While these studies are yet to be performed on humans, they provide great groundwork for further study in the treatment of depressive and central nervous system issues. 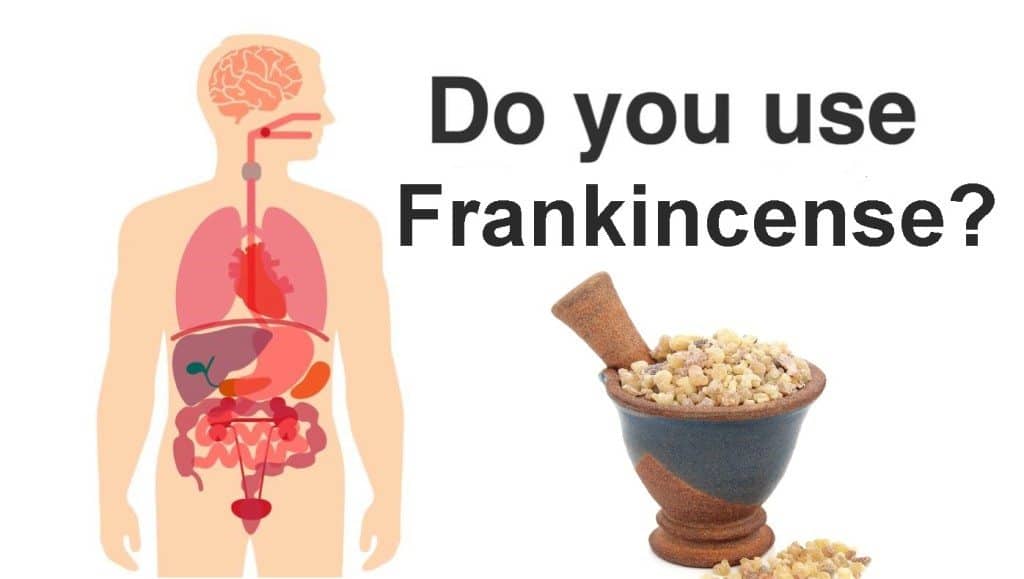 Finding additional methods to treat depression and anxiety is paramount to the success and happiness of our society.  The fact that so many people, even with treatment, battle each day to live life with joy and hope proves that we still have much to learn about how depression affects the brain.

Frankincense has been around for centuries, serving multiple religious purposes.  How glorious would it be if the researchers added to its spiritual enhancing capability with a way to relieve depression and anxiety?  That would be a true miracle for all those diagnosed with depression and anxiety who currently seek better solutions.