What is Seasonal Depression?

While a lot of people might think of SAD as just, well, sadness, this is far from the truth. Seasonal depression can become debilitating and affect every aspect of life if not treated properly. According to the American Psychiatric Association, around 4-6 percent of adults in the U.S. experience SAD. Their symptoms usually last around 40% of the year. Women tend to suffer from this condition more than men.

Like other forms of depression, seasonal depression has been linked to a chemical imbalance in the brain associated with less sunlight and fewer daylight hours. When winter comes around, our circadian rhythm is thrown off due to lack of sunlight, and this can disrupt our entire schedules. SAD is most commonly observed in those who live farther from the equator where it’s darker and colder in the winter. The onset of seasonal affective disorder is normally between the years of 18 and 30.

Below, we’ll go over some common signs and symptoms of seasonal depression, as well as how it can be treated.

9 Signs You Have Seasonal Depression

Like regular depression, people with seasonal affective disorder experience frequent feelings of sadness and depression due to a dramatic decrease in sunlight. People with a family history of other types of depression are more likely to develop SAD, as well as those already diagnosed with depression or bipolar disorder.

During the winter months, people with SAD will often withdraw from social activities and “hibernate” due to colder temperatures and dreary weather. They will show far less interest in things they once found enjoyable. Some even isolate themselves from family and friends. If this sounds like you only during the winter months, you might have seasonal depression.

This symptom also mimics regular depression, except that people with SAD tend to get hungrier only during the winter months. In fact, as much as 65% of people with SAD report feeling an increase in appetite when it gets colder outside. This is believed to occur due to a drop in serotonin levels, which help to balance moods and control hunger.

Many people with SAD also experience intense cravings for carbohydrates, which help boost serotonin levels in the brain. Carbohydrates also cause levels of an amino acid called tryptophan to increase in the brain, which help induce feelings of calmness and contentedness. Eating too many carbs (especially simple carbs such as bread and pasta), can lead to weight gain if the calories consumed aren’t burned off. Unfortunately, around 75% of people with SAD gain weight due to an increase in appetite.

Despite the increased sleep, people with SAD often feel lacking in energy because sleeping longer doesn’t necessarily equate to sleeping better. Many people with seasonal depression have insomnia and other sleep problems because of an imbalance in chemicals such as melatonin, serotonin, and dopamine. Scientists have found that people with SAD overproduce melatonin, which helps regulate sleep. Additionally, they don’t produce enough serotonin, which helps to regulate moods. 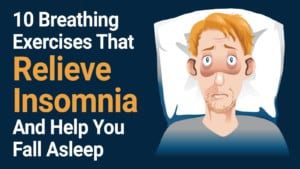 As we said before, those with seasonal depression may suffer from restless sleep, which leaves them feeling fatigued during the day. However, patients may also feel restless during daytime hours, especially if they have co-occurring anxiety.

Unfortunately, this symptoms is one of the most common among depression sufferers. If this feeling is exacerbated during winter months, you might have seasonal depression.

Just like major or mild to moderate depression, seasonal affective disorder can impair cognitive functions. In fact, a 2007 study in the American Journal of Psychiatry found that one participant with SAD reported that she had trouble remembering names and appointments and became easily distracted.

This is another unfortunate, sometimes tragic, symptom of depression. If you are experiencing thoughts of death or suicide, please seek professional help or call the National Suicide Prevention Lifeline at 800-273-TALK (8255) for immediate assistance.

SAD usually involves a combination of treatments such as light therapy, talk therapy, and/or medication. We’ll go over these treatment options in more detail below.

Just as wintertime SAD is caused by a decrease in sunlight and colder temperatures, summertime SAD is believed to be caused by longer days and an increase in sunlight, heat, and humidity. Countries near the equator usually experience this condition more than areas farther from the equator. While less is known about summer depression, it’s believed that a drop in melatonin production is a big culprit.

Treatment includes antidepressants and talk therapy. Also, turn off lights when you’re not using them and seek air conditioning as much as possible.

Because symptoms of SAD can mirror other conditions such as bipolar disorder, hypothyroidism, and mononucleosis, a doctor will need to diagnose you and perform tests to rule out these conditions. The doctor will ask about your symptoms and when you first began noticing them. As we said before, if you find that you only experience sadness around certain times of year, then you probably have seasonal depression. However, if you have frequent feelings of sadness year-round, you might have major depression or some other form of depression.

Other tips for Dealing with Seasonal Depression

Final thoughts on These Signs of Seasonal Depression

We hope you have learned a thing or two about seasonal depression and how to treat it. If you feel that you may have seasonal affective disorder, please talk to a licensed professional. Discuss your symptoms so that he/she can help you with treatment options. Never feel ashamed to get help for a mental disorder. It’s not your fault that you have a chemical imbalance in your brain. It’s important to get help for any mental disorder, because you can begin your path to recovery.