While people are increasingly aware of mental health issues across the globe, it’s still common for patients to arrive at a psychiatrist or therapist after decades of untreated suffering because neither they nor the people around them recognized the subtle signs and symptoms of depression or MDD (Major Depressive Disorder).

Being depressed isn’t just about sadness, or crying, or hating yourself all the time. It’s not necessarily suicidal tendencies and bad feelings. Sometimes, it’s far subtler—it can be sitting down to watch TV, flipping through channels idly, and giving up on finding something interesting every single night. It can be eating too much, sleeping too little, and living with a roommate you despise.

Today, we’ll talk about ten red flags for depression that can go ignored and unnoticed for years. Maybe you suspect yourself of being depressed, or a loved one. Maybe you already know, and you’re just looking for ways to spot a downward spiral. Either way, these ten overlooked symptoms can help you spot the problem even when it is hidden.

Chronic boredom is a huge red flag for a depressed person, and is often the first noticeable symptom for patients who, for whatever reason, don’t have a personality or an environment prone to negativity. Boredom stemming from depressed mood is often described in a broader sense, such as a loss of enjoyment from things you once took pleasure from. This is known as anhedonia.

When the hobbies and social events and entertainment that used to keep you pleasantly busy doesn’t do anything for you anymore, that can often be one of the hidden symptoms of depression. It’s important to be especially alert when nothing seems fun anymore and what you do fill your time with is simply tolerable; watching TV show reruns, reading magazines, clicking through websites, never reaching out to do anything new or ‘exciting’ because there’s no spark to it. If you’re glad to get off work, but don’t feel excited about anything you could do once you have free time, that’s a bad sign.

Despite being one of the primary symptoms of depression, many people overlook a loss of motivation—especially when they define motivation in terms of ‘getting up and going to work’ instead of looking at the bigger picture. Loss of motivation as a component of this illness means settling into habits or situations you’re not satisfied with, but can’t muster the energy or drive to escape.

That can mean sticking to intense habits in your hobbies as much as it can mean staying in a job position you don’t like. It may mean giving up on dating even though you don’t want to be single, or staying in a relationship you’re unhappy with because the conflict of ending it sounds like too much trouble.

A depressed mood can lead to serious changes in eating habits—increased eating and weight gain, reduced eating and weight loss, repetitive meal choices leading to malnutrition, etc., etc. Some depressed people eat for comfort, or to alleviate boredom; even when other symptoms of depression render hobbies and social outings bland and boring, food may still be enjoyable.

For others, food falls by the wayside as too much effort, leading to a drop in quality cooked meals and an increase in skipped meals, junk food, and restaurant fare. This can lead to an increase or decrease in caloric intake, depending on what meals you’re skipping and how—or if—you’re making up for them elsewhere.

Depressive moods can even lead to or amplify eating disorders, leading to binge eating, bulimia, anorexia, etc. The influence of it on self-image, self-gratification, and other internal systems can lead to an assortment of outcomes here.

All of these can be very dangerous symptoms of depressed mood, even beyond their immediate dietary health implications, as poor eating habits can intensify and lengthen depressive episodes.

With internal sources of gratification numbed by depression, depressed individuals often become focused on external accomplishments as a source of self-worth. This can become habitual, occurring even outside of depressive episodes, and can thus begin to serve as a trigger for a depressive episode even during periods of good mental health.

You may expect this to be more common in mild or moderate depression, as people with severely depressed moods often give up on accomplishments at work or at home completely, but this only leads to feelings of helplessness or worthlessness when a depressed person tries to self-assess based on accomplishments and comes up empty.

These can be factors of personality and upbringing, of course, so it’s especially important to look for changes in self-assessment along these lines; if you go from satisfied with a day of hard work to despising that hard work for not accomplishing enough tangible results, that could be a warning for mood problems.

As with changes in appetite linked to depression, the changes it makes in sleeping habits can be hard to pin down. The illness is most strongly linked with the inability to sleep, often due to delaying the onset of sleep with depressed thoughts and an inability to fully relax.

But it can also lead to hypersomnia or excessive sleep in some people, especially those who suffer fatigue as a primary symptom (in other patients, fatigue may be present without being a component of depression, due to poor sleep at night).

This often presents as a combination, as you’ll not get sleep regularly, which in turn messes up your schedule, makes you tired and sleepy at random times of day, and builds up sleep debt you may need to ‘pay back’ with a lengthy sleep.

It’s important, however, to note that the lost sleep of insomnia can mimic a depressive episode and symptoms of other mood disorders, even when your insomnia is due to primary insomnia or sleep apnea.

The reduced motivation inherent to a depressed person often leads to a more tangible secondary symptom, one you can identify in yourself or in a loved one: an increased number of excuses. Excuses to avoid outings or events, excuses or apologies for mistakes minor and major, etc.

People who suddenly bow out of every single social event, underperform at work or home, and generally withdraw physically and emotionally should be watched closely for signs of a depressed mood—even if you’re the one doing it, and you don’t think you’re depressed.

It’s not unusual to have to force out a smile for work or social outing from time to time, but chronic forced cheer is a red flag for depression or other psychiatric health issues. When real cheer becomes a rare event, or even a non-event, and you’re faking happiness more often than feeling it, that’s a major red flag.

You don’t need to feel particularly negative or bad for this to indicate you’re in a depressed state. In many people, the condition is mostly felt as the absence of good moods and cheer rather than the presence of any negative feelings. Of course, negative feelings may set in over time under such circumstances.

Being depressed tends to pull sufferers inside their own heads, a problem often described as rumination. This means not only thinking excessively about mistakes long past, depressing events, and concerns about failure, the obvious depressive thought patterns; it can mean falling into morose philosophical spirals, focusing on sad events in the news or the world, and similar self-destructive internal spirals.

That’s not to say that feeling bad about a sad news story or embracing a nihilistic philosophy indicates depression, but a sudden shift in focus to the morose and bleak is worth considering as a flag for being depressed.

9: Other mood changes and symptoms

MDD and related conditions are strongly associated with a number of other psychological and behavioral health issues. If you’re already diagnosed with another behavioral health problem, such as ADHD or anxiety, then depressive episodes will often lead to increased intensity of symptoms in those ailments. 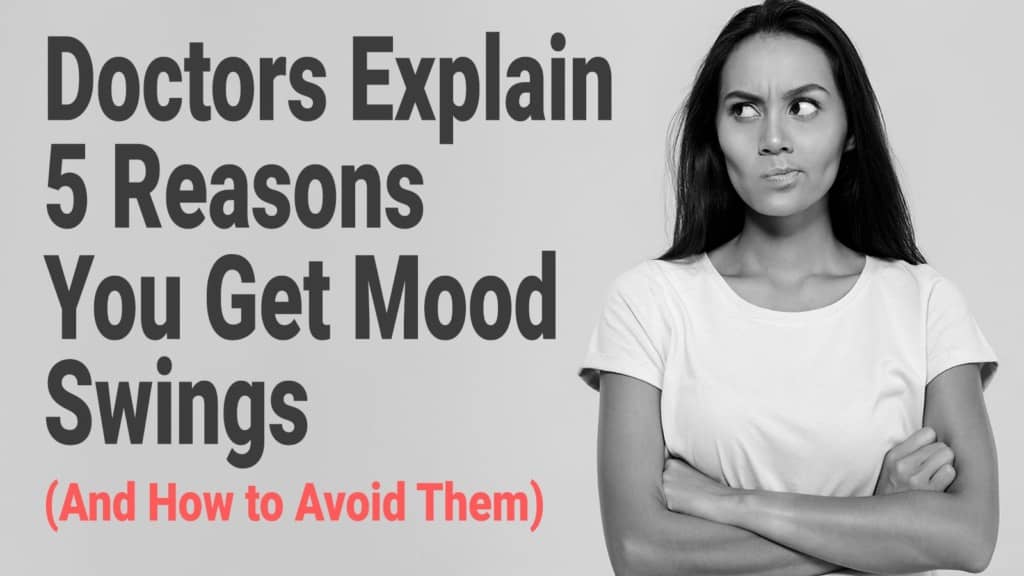 In a broader sense, MDD is very frequently co-morbid with any number of other issues associated with the brain in a physiological or psychological sense. Anxiety, eating disorders, epilepsy, and a host of other ailments can arise from overlapping root causes in the brain. In this sense, these other disorders should be a warning sign to look closely for other symptoms of depression.

MDD and depressed mood disorders can lead to a high tolerance for negative events, including physical pain, emotional turmoil, conflict with others, etc. It’s important to spot this symptom that so often looks like healthy resilience for what it truly is, unhealthy physical and psychological numbness. Depressed people often endure pain without a grimace. They take browbeating and insults in stride, and put up with unreasonable requests at work—because there’s no drive or motivation to push back.

If you or someone you know seems impervious to external pressures, ask yourself: Is this resilience, or numbness you’re looking at?

Depression doesn’t just make people sad, sometimes the underlining cause is suppressed anger, which eventually can come to the surface during symptomatic periods. According to The Daily Mirror, “Depressed people are three times more likely to commit a violent crime.” Research in Sweden found that depression was linked with an increased risk of a person committing a violent crime.

But that is the extremity of it, if you are often angry or irritable at every little thing you could be depressed.

Depression is a complicated illness. With nearly as many unique manifestations as there are sufferers. Remember, it’s not enough to get by and if it feels like getting by is all that’s left, it may be time to talk to your doctor for depression.