Dating back to 3500 B.C., essential oils have long-since been utilized by many cultures around the world for their purported healing properties. These aromatic plants supposedly have whole-body benefits. They aid in the optimization of everything from digestion to muscle recovery. Most holistic treatments have virtually no merit in the world of allopathic medicine. However, one particular resin, frankincense, might bridge the gap after outperforming chemotherapy at killing ovarian cancer cells. (1.)

Over five millennia ago, ancient Egyptians first harnessed the power of essential oils. They cultivated and harvested specific crops before extracting their essences for cosmetic, healing, and mummification processes.

China and India, the latter of which constructed an entire system of health, known as Ayurveda, wholly believed in the intrinsic healing abilities of plants. They also began their investigation into essential oils such as frankincense.

Greeks and Romans jumped on the bandwagon as well. They adopted such practices as massage and aromatic baths to expedite healing, inside and out.

Hippocrates, one of the earliest and most well-known holistic physicians, routinely prescribed essential oils to his patients for various ailments.

Modern medicine is just now beginning to understand two of his famous quotes.

“Let food be thy medicine and medicine be thy food.” –Hippocrates

“All disease begins in the gut,” –Hippocrates

Each of these sayings speaks to the impressive amount of wisdom harbored by ancient healers.

Homeopathic medicine faded away until the Renaissance period when it saw a rapid resurgence. Paracelsus (1493-1541), a Swiss physician, alchemist, and astrologer, used plant resins to supposedly cure diseases. He treated ailments like leprosy, previously considered a lifelong condition.

Military use of essential oils in WWI

Later on, in the early 1900s, French chemist Rene-Maurice Gattefosse sustained severe epidermal burns as a result of a failed laboratory experiment that left his hands covered in gangrene. Upon applying lavender oil to the wounds, he experienced rapid, unprecedented healing beginning the following day.

Gattefosse had not been a proponent of homeopathic medicine before the accident. However, his incredible discovery opened a door that would forever remain ajar.

He took his newfound knowledge to the battlefield and treated soldiers in military hospitals during World War I. This generation coined the term “aromatherapy.” That word now implies “inhalation or bodily application (as by massage) of fragrant essential oils (as from flowers and fruits) for therapeutic purposes.” Several other medical doctors subsequently began utilizing essential oils in the context of war.

Fast-forward about half a century to the 1980s, when French doctor Daniel Pénoël and biochemist Pierre Franchomme experimented with more than 270 different essential oils. The pair was able to determine their precise healing effects and its potential usefulness in clinical settings. They published their book, L’aromatherapie Exactement in 1990.  It was long regarded as the gold standard of information on essential oils for many years thereafter.

Natural medicine is a phenomenon ever-increasing in popularity. However, recent findings suggest it to be much more than a passing trend. Essential oils are proven to support the function of nearly every bodily system, including digestion, circulation, sleep…and even repair on a cellular level. According to the National Library of Medicine, compounds found in frankincense oil have potent anti-cancer properties.

Cancer stems from the mutation of a cell’s DNA. This error communicates to the cell that it needs to multiply rapidly, which creates a mass of abnormal cells – otherwise known as a tumor. Whereas a healthy cell would eventually die, cancerous cells continue living and can break off from the tumor to metastasize or invade other organs. Ovarian cancer is one of the disease’s most sinister types because it is challenging to detect in its early stages. By the time a woman begins experiencing symptoms, such as:

Cancer has often already spread into the pelvis and abdomen. Even more unnerving is how ambiguous and nonspecific the symptoms mentioned above are. So despite having several or possibly all of them, an afflicted woman may not express any concern to her doctor.

As far as what precisely causes ovarian cancer, it all comes down to which type a woman has. The three known varieties are:

Ovarian cancer may often be a silent killer, but it usually isn’t random. Several risk factors increase a woman’s likelihood to develop the disease, including:

Ovarian cancer is an extremely complex disease with many different causes, prognoses, and risk factors. Therefore, it would only make sense that treatment isn’t a one-size-fits-all ordeal. Of course, surgery and chemotherapy are beneficial and should be respected and utilized when necessary. However, emerging research is pointing towards another treatment modality that would bring the art of healing full circle back to the ancient wisdom of those who came before us.

Frankincense, derived from the Boswellia plant, possesses antifungal, antibacterial, anti-inflammatory, anti-rheumatism, and anti-cancer properties. Consistent with these findings, a 2017 study concluded that frankincense, pine needle, and geranium essential oils “suppressed cell viability, proliferation, migration, and invasion in human BC MCF-7 cells.” These are breast cancer cells, which, as previously discussed, are also involved in the development of ovarian cancer. The three oils also demonstrated an ability to induce apoptosis, the process by which a cell dies. Considering cancer cells do not follow a typical life cycle, this discovery is incredibly significant. (3.)

Also notable is the fact that, when replicated in rodents, frankincense oil also induced apoptosis while additionally stalling tumor growth. All three of the oils mentioned earlier help to regulate the AMPK/mTOR signaling pathway. This is the body’s master regulator of cellular energy homeostasis. It is therapeutic in treating diseases such as type II diabetes, obesity, and cancer. (4.)

The healing compound in frankincense

The healing compound specific to frankincense oil is  AKBA or acetyl-11-keto-beta-boswellic acid. This amalgam is where most of the plant’s benefits are found, including its anti-cancer property. According to Kamla Al-Salmani, who is a Ph.D. student from the University’s Department of Cancer Studies and Molecular Medicine, “After a year of studying the AKBA compound with ovarian cancer cell lines in vitro, we have been able to show it is effective at killing the cancer cells.  Many people take frankincense with no known side effects. This finding has enormous potential into a clinical trial in the future and developed into an additional treatment for ovarian cancer.” (5.)

One of the experiment’s most novel findings was that the cancer cells responding positively to the frankincense treatment were resistant to chemotherapy. This promising discovery offers a potential solution to drug resistance, which is an ever-growing epidemic concerning not only cancer but many other diseases as well. Implementing frankincense oil in the treatment of late-stage ovarian cancer could improve the shockingly low current survival rate of 47%. (6.) 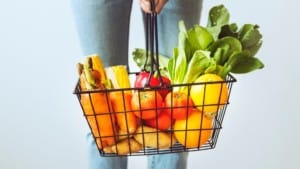 FINAL THOUGHTS ON FRANKINCENSE AS AN ALTERNATIVE TO CHEMOTHERAPY

IN THE TREATMENT OF OVARIAN CANCER

Essential oils, including frankincense, have been used for thousands of years because of their innate healing properties. These aromatic plants contain powerful resins that can aid in the treatment of sore muscles, headaches, and even ovarian cancer.

Recent laboratory findings have shown that a compound called AKBA found in frankincense oil can kill late-stage ovarian cancer cells that are resistant to chemotherapy. This offers hope to not only those currently afflicted by the often-terminal illness but also the world of oncology as a whole. We consider holistic and allopathic medicine polar opposites. However, findings like this could bridge the gap between the two schools of thought in a beautiful way the world has never seen before.