By Power of PositivityPublished on September 03, 2019Last modified July 20, 2021
We have all heard the age-old adage “an apple a day keeps the doctor away” at one time or another. And, it turns out that there is a fair bit of truth in this Welsh proverb, which has been popularized in American culture.
This great-tasting fruit is chock-full of nutrients that can contribute to better health. Many hail apples as a miracle food.  That might explain why apples are among the most consumed fruits in America and abroad.
To further put this into context, Medical News Today named the delicious, unassuming apple a top 15 food in 2017. That’s high praise from a web-based outlet that provides medical news aimed at both physicians and the general public alike.

WHAT MAKES APPLES ONE OF THE HEALTHIEST FRUITS?

Most will agree that there are few things more satisfying than biting into crisp, delicious apples. However, in doing so, you’re taking one big step toward better health, according to several studies.

The skin alone contains antioxidants, which helps destroy free radicals. Those are the unstable molecules that cause damage to DNA in cells. And that, in turn, causes illness and speeds up the aging process.

In fact, the combination of antioxidants and phytonutrients in apples offer protection against high blood pressure, diabetes, and cardiovascular disease. Additionally, the skin also contains fiber, which helps keep you regular.

In addition, fiber is also very satiating. That means you feel full longer, which makes it easier to maintain a healthy weight. Apples also contain the following vitamins and minerals:

Also note that apples are safe for nearly everyone to consume even those who are prone to blood sugar spikes, including 2 diabetes mellitus.

According to the American Diabetes Association, the fiber contained in apple peels helps prevent blood sugar levels from rising too high even though the fleshy part of the fruit contains carbs.

THE HEALTH BENEFITS OF APPLES EXPLAINED

So, now we have a basic understanding of the vitamins and nutrients found in this fruit. Let’s take a closer look at how it can better our health:

One of the best ways of lowering your chances of suffering a life-threatening stroke is by consuming at least one apple every day. A study published by the National Public Health Institute included nearly 9,300 male study participants. The males ate an apple daily for 28-year years. The study participants had fewer strokes compared to those who didn’t eat the delicious fruit at all.

That said, it is important to note that study results were related to thrombotic strokes specifically. This is a type of ischemic stroke occurs when arteries in the brain become blocked.

According to a 2008 study featured in the Journal of Food Science, a peer-reviewed scientific journal, apples have been shown to improve and maintain one’s neurological health, especially among those who a significant amount of the fruit each day.

Scientists and researchers involved in the study concluded that the properties that make up the apples protect delicate neurons form neurotoxicity caused by free radicals. In doing so, the risk of developing Alzheimer’s disease, dementia, and other neurodegenerative disorders are reduced significantly.

If you’re still not convinced that apples can improve your neurological health,  read on. According to a 2006 study featured in Experimental Biology and Medicine, a peer-reviewed scientific journal covering topics related to experimental biological and medical research, apples contain quercetin. That is a specific antioxidant that minimizes cellular death caused by oxidation and inflamed neurons. Also, note that apple juice contains the same healthful neurological benefits as well.

According to a study published in the Journal of Alzheimer’s Disease, a peer-reviewed medical journal published by IOS Press, a publishing house based in Amsterdam, drinking apple juice may lead to an uptick in the behavior of Alzheimer patients.

The study, which was conducted on mice with memory problems commonly associated with Alzheimer’s disease, revealed those who consumed whole apples or apple juice experienced a marked improvement in memory. And researchers and scientists involved in the study are convinced that apples could provide similar neurological benefits in humans as well. 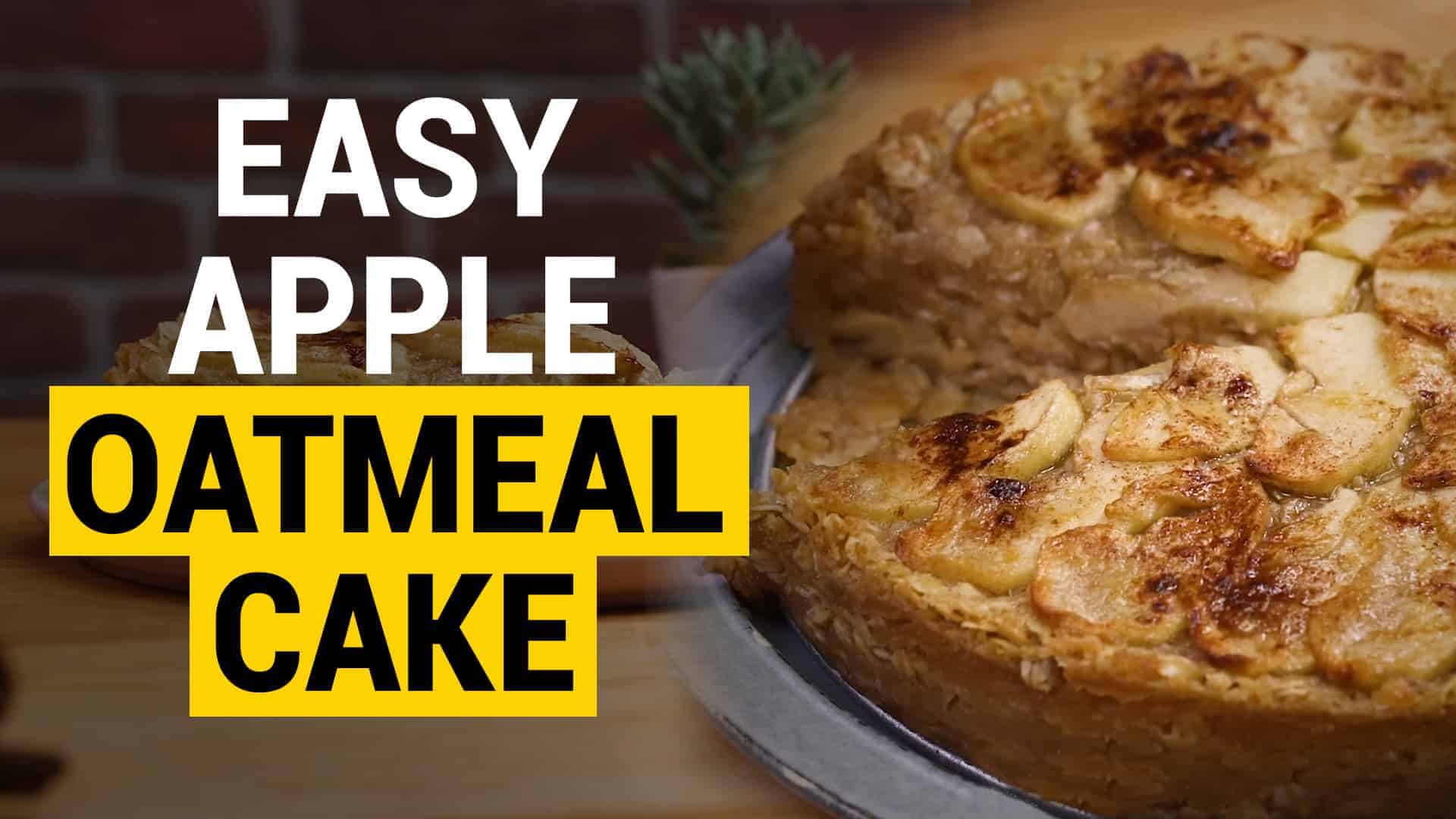 HOW APPLES CAN CONTRIBUTE TO BETTER PHYSICAL HEALTH

According to webmd.com, an online resource that provides valuable health information, high cholesterol can cause a wide range of cardiovascular problems, some of which include angina, strokes, and hypertension. Fortunately, adding apples to your diet can reduce your risk of developing any of these serious health problems.

To further drive this point home, a study conducted by Florida State University revealed that middle-aged women who consumed at least one apple per day during the 6-month study saw a 23 percent reduction in their LDL (bad cholesterol) and a 4 percent increase in HDL (good cholesterol). All in all, these women were less likely to develop cardiovascular problems than those who did not consume the great-tasting fruit.

Along with lower cholesterol and better heart health, crisp, delicious apples can go a long way toward helping you maintain a healthy weight. For those who may need a little more convincing, a 2014 study featured in Food Chemistry, a peer-reviewed scientific journal, revealed that compounds native to specific apples, namely Fuji, Gala, Granny Smith, and McIntosh apples, can positively affect the good gut bacteria, which, in turn, prevents obesity.

Women have a lot to gain by adding apples to their diet. According to Rui Hai Liu, a researcher with the famed Cornell University based in New York, apples are an excellent source of phenolics, a colorless crystalline solid and aromatic compounds that help protect against breast cancer. Considering that 1 in 8 women will develop breast cancer in their lifetime, adding apples to one’s diet makes sense.

That said, apples can also lower the risk of breast cancer in men. After all, they are not impervious this form of cancer. Nearly 3,000 men in America will develop breast cancer in their lifetime, according to the same data compiled by breastcancer.org.

HOW WELL DO APPLES STACK UP AGAINST OTHER FRUITS?

Having extolled the health benefits of apples, let’s take a look at how well it stacks up against other fruits. In a multi-continent study, which involved scientists and researchers from the US, UK, and Singapore, revealed that apples were more effective in protecting individuals against diabetes than many other fruits.

The large-scale study followed over 180,000 study participants. It revealed that those who ate apples lowered their chances of developing diabetes by as much as 7 percent compared those who ate other fruits The other fruits included grapes, raisins, and blueberries. So, while the taste of apples may be subjective, it’s to argue against the health benefits. 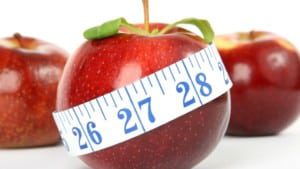 FINAL THINGS YOU SHOULD KNOW ABOUT APPLES

Despite being widely praised and considered a “miracle” food by many people, there are some hidden dangers worth noting. For example, while you could probably eat the seed of many other fruits without suffering any ill-effect, this is not the case when it comes to apples as the seeds contain cyanide.

Furthermore, the seeds in apples can be very acidic and can damage the enamel on your teeth. As such, you will want to keep these things in mind when consuming this delicious fruit. Also,  there is a significant push to choose organic apples over their non-organic counterparts. However, they are both very healthy and nutritious.

Therefore, the myriad of nutrition in apples makes them not only great-tasting but also good for your health. Why not add a few varieties to your cart the next time you make a trip to the grocery store?