By Power of PositivityPublished on September 16, 2018Last modified December 15, 2019

As you’ll see, many similarities exist between male and female breast cancer. There are also some differences that require addressing. First, the pathology of breast cancer is similar in both sexes. Genetics, hormonal imbalances, family history, and lifestyle choices play roles.

Other factors known to increase breast cancer risk in men include:

Here are eight of the most common signs of breast cancer in men:

1. A (usually painless) lump near or underneath the nipple

In one story, a man named Ray found a lump near his nipple while showering. At the time, Ray experienced no other symptoms. At first, the man thought he had sustained an injury without realizing it. Only after visiting the doctor did Ray find out he had breast cancer.

The skin around the nipple may become itchy and swollen and may begin to scale. Aside from the discovery of a lump, alterations to skin appearance are the most common symptom of male breast cancer. The skin may also pucker or appear dimpled.

3. Fluid discharge from the nipple

Nipple discharge is when the nipple secretes fluid, including blood. Per a study published in the Journal of Cellular Immunotherapy, nipple discharge is among the three most commonly-reported symptoms of breast cancer in men. Discharge may occur in one or both nipples and may appear bloody, clear, milky, or green-tinged.

Men with early signs of breast cancer may notice the nipple growing inward (inverted.) In some cases, an inverted nipple is the first symptom. Men often discover changes to the nipple’s appearance while showering or looking in a mirror. Nipple inversion is a strong sign of breast cancer and should be examined by a physician.

A nipple that loses its shape is often a cause for concern. Although a flattening nipple often coincides with inversion, this isn’t always the case. Regardless of the specifics, any changes a nipple’s shape and appearance, no matter how slight, must be checked out by a medical doctor.

When cancer of the breast begins to spread (metastasizes), one of the first areas affected are the lymph nodes. Essentially a filtering system, the lymph nodes may also swell when we contract a bacteria or virus. Swelling under the armpit, on the arm or hand, or of the breastbone or collar bone areas is indicative of potential breast cancer.

The areola is the darker skin surrounding the nipple. Discoloration or discomfort of this area is often a symptom that something is wrong. Bumps that develop on the areola and do not regress may indicate ductal carcinoma or cancer of the breast ducts. Persistent pain and swelling of the areola should be examined by your physician. 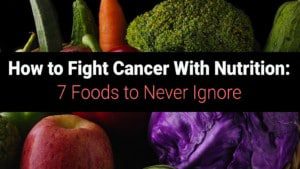 Anomalies of the breast, if accompanied by other symptoms, may indicate the spreading of cancerous cells. People who delay medical intervention often experience pain in various other areas of the body. Provided that the person seeks prompt medical care, the symptoms should remain isolated to the breast and, potentially, lymph nodes.

For all the physical problems posed by breast cancer in men, it may be a psychological trait that makes the condition especially dangerous. The tendency of some males to want to “tough it out,” or flat-out ignore, signs of an underlying medical condition can prove deadly in the case of cancer.

In one study, researchers found that men waited about 19 months to seek medical care upon discovering initial symptoms. We can safely assume that many of the men who put off medical treatment for such a long period don’t think of their condition as particularly dangerous. Moreover, we may assume that the very strong cultural undertone of breast cancer as a “women’s issue” contributes to this problem.