If you’ve never had apple bread before, you’re in for a real treat.

Slathered with rich, creamy cinnamon butter, this bread will practically melt in your mouth! The strong, warming flavor of the cinnamon mixed with the sweetness of apple makes the perfect combination.

Combined with the fluffy, thick bread, this recipe will win the approval of your taste buds.

Apple bread is believed to have originated in France in the 1860s. Since it only required apples, flour, and yeast, its simplicity and affordability made it quite famous.

While this recipe calls for a few more ingredients, it still doesn’t require too many steps. It would help if you had a little elbow grease to knead the dough and perhaps a bit of patience.

How to make apple bread topped with cinnamon butter

Without further ado, we’ll tell you how to make homemade apple bread with a delicious cinnamon butter spread.

Ingredients for the apple bread: 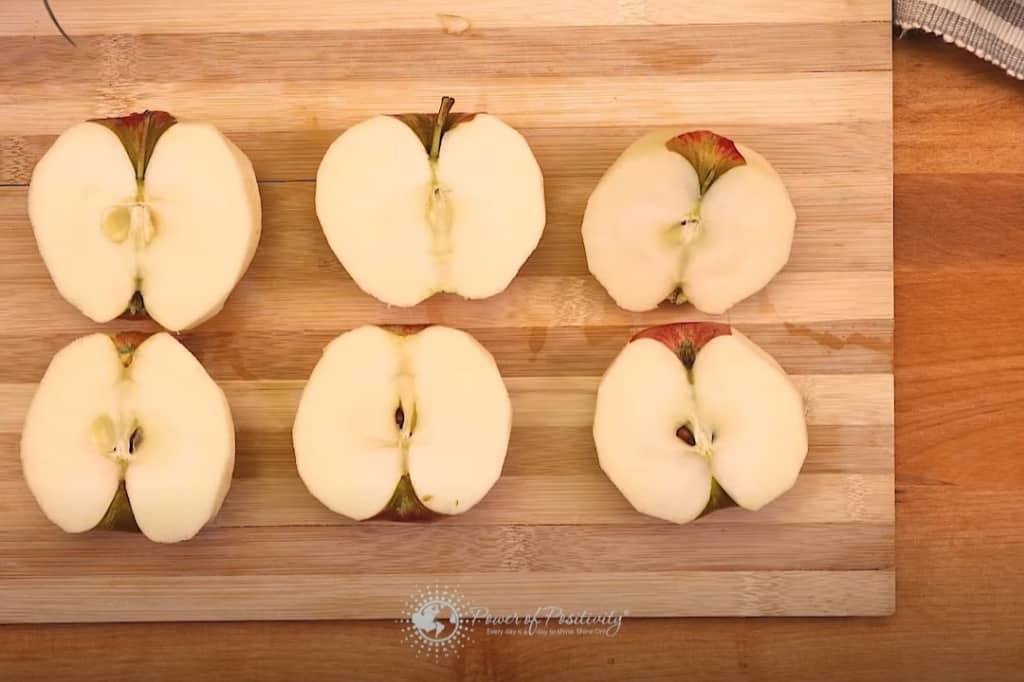 Ingredients for the cinnamon butter:

Directions for the apple bread:

Pour the flour, yeast, salt, and cool water into the mixing bowl. Stir with a spoon until thoroughly combined.

Use your hand to scrape any flour off the sides and begin kneading the dough. Continue kneading until you’ve formed a ball shape, and cover the bowl with saran wrap.

Allow to proof for 8 hours at room temperature.

Once the dough has risen, grab a cutting board and peel three medium-sized red apples to remove the skin.

Next, cut the apples in half, then make two cuts lengthwise to remove the core from each.

Finally, cut the slices into cubes.

Once that’s done, transfer the cubed apples into a small bowl.

Sprinkle the apples with brown sugar and cinnamon, and use a spoon to coat the fruit thoroughly.

Next, transfer the apples to the bowl with the dough, and use your hand to mix them.

After kneading the apples into the dough, drizzle the olive oil into a baking dish. Use the paper towel to coat the pan evenly.