They say age is just a number, but how true can that be? With society’s tendency to look down on couples with a large age difference, one has to wonder if there are some more serious consequences behind being too free with your chosen numbers.

But do differences in age truly have any effect on relationships and their longevity? The results may surprise you. Here’s how scientists explain the best age difference to make a relationship last.

Scientists Explain What Age Difference Can Make A Relationship Last 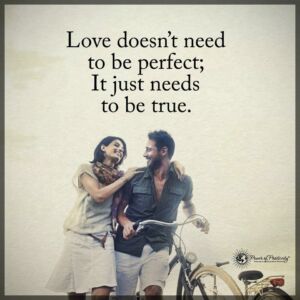 This study was conducted by researchers from the Emory University, which is located in Atlanta. The study was run by Hugo Mialon and Andrew Francis, with assistance from Michigan State University’s Randal Olsen to process received raw data.

This research involved 3,000 participants and evaluated their demographics, certain select factors, and the lasting nature or lack thereof of their relationships. In the past, information regarding age gaps in relationships was not widely available, and this study helped to shine light on this little-studied area.

Interestingly, the main point behind this research paper was not to study age gaps at all. Instead, the study set out to investigate engagement and wedding expenditures on married couples and see if these factors affected a relationship’s longevity. The study’s conclusion found that this factor does not relate to longevity at all, a find that could potentially change the way the world views the commercial wedding industries.

In the process of studying factors such as expenditure on engagement and wedding plans, this study also made it a point to collect other potentially relevant data. This included:

As such, there was plenty of data that allowed for other conclusions about the best factors for relationships to be drawn. This allowed people to be able to clearly see and interpret the best age difference to make a relationship last.

With that being said, it’s worth noting that this study did not set out to make a set-in-stone conclusion about age gaps in relationships. Instead, they aimed to better understand trends in romantic relationships and the factors linked to them.

There were a number of interesting age-related findings from this study. Let’s break them down one by one.

This means that the relationships that last the longest and, presumably, are the most positive, involve minimal age gaps. The higher the age gap, the more likely the chances of divorce.

Just for fun, here are some other findings from this research, as well as relationship statistics from other studies that have been proven to be credible and hold significant accuracy.

There are plenty of reasons that relationships end in divorce. But why is it that wide age gaps tend to lead to bad endings to relationships? Here are a few speculations.

It is no secret that couples with large age gaps tend to be looked down upon. Research has shown that those with age differences of 10 years or more don’t particularly receive a lot of positive feedback.

Many times, this social disapproval can lead to decreased relationship commitment. Essentially, if couples do not receive favorable approval from friends, family, and their community because of their age difference, they’re much more likely to break up.

Someone who is 30 years old will be facing significantly different issues, goals, priorities, and values than someone who is 20 years old. While couples can work things out despite different views and opinions, differences like these can certainly put a rift in relationships.

This is especially true due to the huge difference in priorities those of different ages experience. To make a relationship last, a couple would have to reconcile these differences – something not everyone is able to do.

As crude as it sounds, the bedroom is an important place for couples. While intimacy isn’t everything and doesn’t play a role in some relationships, allosexual relationships typically require some degree of bedroom chemistry to last.

The issue is that older individuals tend to have lowered intimacy drive. Women, in particular, will have difficulty having children at older ages, and men will not be as interested in being intimate as they once were. Coupled with someone much younger, this discrepancy in intimacy could lead to a break-up.

So, the science shows that dating closer to your age gives you a better chance of relationship success. But are people dating in their age groups, to begin with?

The fact is that, all around the world, couples with large age differences are fairly common. Some non-Western countries have an even higher percentage of them than Western countries, in fact. There are some countries with as many as 30% of all relationships involving significant differences in age. 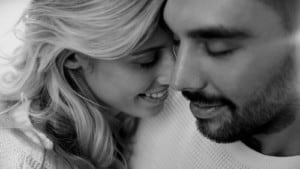 Interestingly, research performed by dating platform OkCupid’s co-founder, Christian Rudder, found that the chosen age demographic of people vary based on gender. Users identifying as female preferred to date men close in age to them and found them the most attractive. Meanwhile, users identifying as male were always more interested in young women, typically in their early 20’s – no matter what age those men themselves were.

Still, the statistics on age differences in relationships suggest that a majority of the population prefer to settle down with those their own age. This is likely due to meeting partners within their social circles, having similar goals, enjoying the same life stages, and generally experiencing attraction to those within their age groups.

This isn’t the first study that has attempted to find a link between age differences and the longevity of relationships. In fact, some studies seem to conflict the findings of this one.

Some studies have shown that couples with large age gaps tend to have more positive relationship satisfaction overall. These relationships state that they have higher levels of commitment to each other, with more trust and less jealousy than typically seen in couples of the same age.

Meanwhile, other studies have found that more than 75% of couples involving younger women and older men with significant age gaps show that their relationships are satisfying and positive.

It’s worth noting that some of these studies were conducted more than a decade ago, and others did not involve nearly as large a sample size. However, as with all science, these ideas are interesting ones and further research is needed to fully solidify which ones hold the most compelling findings.

So what does all of this mean for couples with large age differences? What does it mean for those who tend to date much older or younger people? Does it mean these types of relationships are doomed from the start?

The short answer is: of course not! The failure or success of any relationship is dependant on multiple things all at once. There are plenty of components involved in maintaining a happy and positive relationship, including:

As you can see, these components do not involve age at all. Though some may be influenced by age, it’s safe to say that a lot of what makes or breaks a relationship has less to do with shallow things like age and more to do with deeply ingrained behaviors and attitudes.

In fact, Hugo Mialon himself, one of the head authors behind this research, states that sometimes these things have much more to do with personality than age. He believes it could be likely that the couples who find themselves in age-gap relationships are those with particular personalities or traits that increase chances of divorce.

What you can take away from this study is that age differences come with their fair share of challenges. You might need to work harder to stay together and overcome adversity. You may have more disagreements. There may be more clashes and misunderstandings. It may be trickier to understand each other’s point of view all the time. 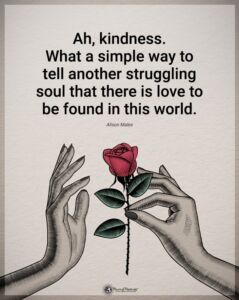 While couples with high age differences have their own trials and troubles, they’re no different from those that any other couple faces. At the end of the day, it’s about love, support, communication, positive thinking, and shared values. These matter much more than age.

Age is just a number, but to some degree, numbers do matter. However, they don’t need to rule everything you do and each decision you make. While this study shows that large age gaps increase chances of divorce, there are always exceptions. Not every couple will relate to these findings.