Whenever an animal shows up repetitively, it is a spiritual sign to pay attention. Animal guides enter your life to give you messages from beyond and also reassure you that you are on the right path. So if you see crows often, the Universe is telling you something.

This raven-colored bird is associated with the great mysteries of life. If you keep seeing crows around, you need to pay extra attention to the messages they bring. The power sign of this bird brings mysticism. These birds are usually associated with dark omen and death in mythology. It is all how you choose to interpret their meaning. Whenever you read a message or symbolism, always remain in a positive light. If this bird is showing up, here are some of the signals it is relating to you.

Crows in Literature: How They Get A Bad Rap

Crows and humans have a dubious relationship. In literature, they’re often portrayed as a bad omen, an evil bird associated with witchcraft. Yet, these ebony-feathered birds are also revered for their cleverness. Few birds stir up as much emotion as this one does.

The black-winged bird merged in ancient drawings and writings as a potent sign. In an early Mesopotamian poem, they were said to be part of the great flood. Greek and Roman mythology personified the crow with the god Apollo who was said to have changed the crow’s feathers from white to black.

These creatures appear in South American, European, Scandinavian, and Celtic literature, often coupled with the raven, a bird that looks similar to the crow with an equally bad rap. Throughout history, crows are portrayed as spirits, divine messengers, a bad omen, or an exorcised spirit. These tricksters threaten humans like few other birds. Maybe it’s because they’re so much like us humans. 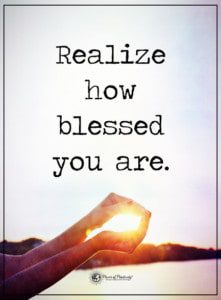 What Research Says About the Relationship Between Crows and Humans

Researchers suggest they’ve found many similarities between humans and crow behavior. Like humans, crows live in small family groups, yet often like to gather with a larger group of crows. They can adapt to a variety of habitats. You find these birds in rural farm areas and parking lots in the suburbs. They search for food with a keen ability to use whatever resources they need to grab a meal.

Historically, birds and humans have competed for food. Farmers found this bird so much of a nuisance they created the scarecrow to frighten the feathered marauders. Throughout history, during plagues and wars, this species acted as scavengers of the human dead. This behavior has made them the subject of many horror movies and books.

Today, we use common idioms about these birds in our everyday language. Here are several well-known expressions you may hear or use yourself.

Many people feel that these creatures represent hidden meanings. Seeing a group of birds can have different meanings depending upon who you listen to. Here is a list of some common thought hidden meanings of this bird:

Is The Crow Your Spirit Animal?

Many people believe that everyone has a spirit animal. Your spirit animal is the animal you most look and act like. If this bird is your spirit animal, it’s a sign of luck to you. It means you’re smart, maybe even tricky. This bird is seen as dominant in insight and having magical abilities.

Other spirit animal traits of the crow include:

If this black-winged bird is your animal spirit, you may be seen as prophetic, able to tell people good or bad omens. If you think a crow is your spirit animal, you don’t worry too much about what people say about you. That’s because these birds are confident and feisty beings.

These birds have superior memories to other birds. Similar to a dog or a squirrel, they hide their food and then get it later. Sometimes they move it two or three times, but they always remember where they hid it.

Myth 2: These birds make a sound like a cat

Crows have a distinct call or song. Some people think they sound as if they’re crying out if someone comes near their nest or food. They make a “caw-caw” sound.

Youngsters look different from their adult parents. They have blue eyes and brownish feathers. Adult crows have black eyes, legs, and beak. Their feathers have an iridescence bluish, purplish, and greenish gleam to them. You can’t always see these colors unless the crow is in the sunshine.

Myth 4: This bird gets scared easily

Crows don’t get along well with humans. That’s because humans are the crows’ largest predator. However, they’re fearless when it comes to other birds and animals. They’ve even been known to chase after eagles and even dogs.

These black birds stay with their mate for their entire life until they die. Both the male and female care for the eggs sitting on them.

These birds eat a variety of things, up to a one hundred different things appeal to their appetite. They eat worms, insects, food scraps from trash cans, seeds, and fruit.

Crows live everywhere, but they like rural areas best. They will live in cities if they have enough room to build their nests and gather in large groups, usually in parking lots or parks. They make their nests anywhere-trees, cliffs, tall buildings, or highway signs. The male and female crows build the nest together and take turns sitting on the eggs.

Crows are notorious thieves. They observe other birds’ nests, waiting for the bird to fly away. Then the crow will swoop in to steal the nest’s eggs. They will also take food the mother bird gathers for her baby birds, grabbing it as soon as the mother drops it off at her nest.

Crows are brilliant birds. Their brains are bigger than all other birds except the parrot. Indeed, the ratio of their mind to their body is similar to a chimpanzee.

People report seeing crows placing walnuts on the highway so that a car runs over them to crack them open. Then the crow swoops down and eats the meat of the nut. Some people have watched a crow use a stick to reach food. 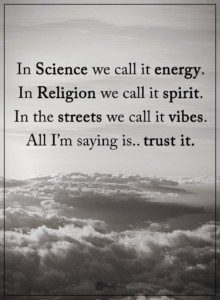 When a crow dies, a large group of the flock will gather around the dead bird. They do this, it’s thought, to learn how to survive in the place where their flockmate died. Even if there’s a lot of food in the area, they won’t return to that place if they see a dead bird.

The teenage crows often help guard the nests of their parents. They will feed the parents and hunt food for the baby birds in the nest.

Crows make a variety of calls

Crows are well known for their familiar “caw-caw” sound. But they make different sounds depending on where they’re located. Plus, they have a unique call for their friends and relatives they used to signal them of danger or finding food.

It’s been observed that these birds seem to understand how traffic lights work. You often see a crow swooping down onto the highway to grab a dead animal. They wait until the light is red to do this, and then when the light turns green, they fly away to remain on the side of the road until the light turns red again.

A study in 2011 found that if these particular birds feel threatened by a person, they will remember that person’s face. When the person comes near them later on, the crow will angrily dive-bomb the individual. Others in the area will join in the attacks, even younger birds that may not have been around the first time the crow felt threatened.

Besides humans, owls, hawks, and ravens prey on this black bird. These larder birds can attack crows or their nests. Interestingly enough, crows will also attack or mob these same birds when they’re alone. Indeed, studies show that if crows are removed from an area, the population of those large prey birds will grow considerably. Thus crows are beneficial, especially in rural areas where livestock are being raised since hawks, ravens, and owls prey upon domestic animals.

Crows and humans have lived together for centuries. Though often misunderstood, crows are fascinating birds. Their intelligence, cleverness, and beneficial contributions to humans, make them good birds to have around your area. Who knows whether they really do bring good or bad luck, but the next time you observe a crow, be sure not to threaten it. Otherwise, he’ll hold a grudge against you.

If You See Crows Often, This Is What It Means

The crow connects with both positive and negative symbolism. This trickster of a bird shows up to let you know that things are ever-changing. Continue overcoming any obstacles.  Have you been asking for a deeper connection with your dreams and visions? Are you finding an imbalance in your life?

2 – You could be undergoing a considerable transformation.

Are you stopping your abundance (whether it be health, personal, or wealth) due to fear and anxiety? The bird’s mysticism and magic can aid in your quest. The crow’s medicine is a reminder that you are on the verge of manifesting whatever you have been creating in your mind. Allow those positive thoughts to guide you.

3 –  You’re on the verge of a creative breakthrough

You are feeling a robust creative surge and do not know how to bring it to the surface. The crow can bring prophetic gifts of insight. What’s stopping you from creatively opening up? Let the crow’s medicine help you reach your authentic power.

4 – There is an imbalance in your life.

Step back and take notes. The black bird is a sound symbolism of balance in dark and light. Even their feathers change shades with the sunlight. Just like the yin and yang, you need to find grounding in all aspects of life. Seeing one is a reminder that where there is dark, there is also the other side of light.

5 – Your tenacity and persistence will pay off.

These birds do not give up easily. They will pursue their target and get whatever they need when they need it. You are gradually shifting into your confident self.

6 – You will witness similar signs and synchronicity around you.

A visit from your spirit animal will guide you to continue opening up your vision. The bird is beckoning you to use your gifts of clairvoyance. Take flight and follow your dreams. 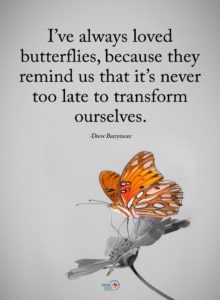 Final Thoughts on Why You See Crows So Often

As with any other animal totem, they show up at just the right moment in your life to guide and reassure you that you are on the right path. If you’ve lost touch with your child-like sense of wonder, this creature is a perfect teacher to remind you that magic exists all around you. If you see this black bird, know he is the master of illusion and the ancient symbol of prophecy.