For generations, young ladies have daydreamed about their future suitors while plucking daisy petals to see if he loves them or not. Maybe you have a guy friend, and you have wondered if he wants to take your relationship from friendship to a romance.

Could he also have a physical attraction to you?

Perhaps, yours is a case of love immortalized by award-winning singer, Bonnie Raitt. If he is having romantic thoughts about you, isn’t it time to give people something to talk about? Was that a sparkle of love in his eye, or are you wishfully thinking?

One may argue that platonic relationships can’t exist. Of course, you may still have men whom you consider friends or “brothers.”

Is there one different guy? How can you tell if he is sending you subliminal romantic thoughts?

Do They Want More? Here are Ways to Be Sure 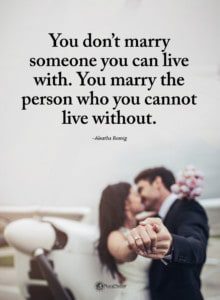 Trying to guess if someone close to you has a secret crush can be a slippery slope. On the one hand, you don’t want to miss out on romance just because you were too afraid to ask. However, you don’t want to look like a fool and put your heart on the line to discover that you misread his intentions.

What’s a girl/guy to do? Should you be upfront with him, or do you risk losing a good friendship? Is it possible that you are misinterpreting his extroversion for flirtation? If you wish there were more to your relationship, how are you going to know unless you ask?

Just about everyone has been in this dilemma of love at least once in their lives. Secret admiration has been the subject of novels, songs, and art since the beginning. Here are fifteen ways to tell if your guy friend secretly wishes for romance.

Let’s face it; guys would rather be doing anything than talking or texting. While some men are naturally more talkative than others, his daily texts may be more than friendly hellos. It gets even more apparent when he also calls regularly.

Before you chalk it up to chance or boredom, consider the context of his correspondence. Does he send you corny memes for a laugh, or does his conversation have substance? Maybe his day isn’t the same until he hears from you, which is a good sign that he is having romantic thoughts.

2. Are His Conversations Superficial or Meaningful?

Generally, men are not as in touch with their feelings as women are. Even boyfriends and husbands often find it challenging to discuss the more in-depth, emotional meanings of life. While they are all for love, they usually aren’t comfortable talking about it.

Does your guy friend have long, meaningful conversations with you, or are these talks superficial? Can you tell that he is genuinely interested in what you have to say, and can recall the details in later conversations? Either he is a brilliant conversationalist, or he is digging you.

3. Does He Mention Other Women in His Life?

Sometimes, guy friends use their female friends as sounding boards for their romantic interests and conflicts with other women. If this is your buddy, he might be trying to get a woman’s perspective and feels comfortable discussing it with you. However, you don’t want to be a dating therapist for life.

Does he date often and talk about the other women to you? Do you see him flirting with ladies at work or in public? If the only woman he always mentions is his mother, he is either having romantic feelings for you or you should run the other way.

However, you could be the only one in his eyes, and you have yet to realize it. Listen to his conversations and observe his dating life or the lack thereof. He just may be waiting for you to return his love interest. 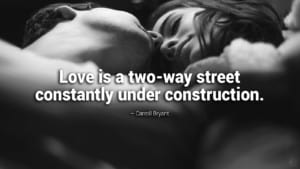 4. Does He Seem Nervous Around You?

It’s a man’s nature to feel intimidated or nervous when emotions are involved, especially romance. He may act like a ditzy teenager in puppy love and be amusingly awkward around you. Most men advance from this phase into relaxed confidence as the relationship matures.

Have you noticed that your guy friend is usually calm and collected until he gets around you? Does he seem a bit giddy, clumsy, and stumbles on his words? It could be that he has a secret crush on you.

While there are anomalies, guys are not usually overly interested in things that women find essential, unless he has romance in mind. If he hasn’t known you for years, he probably isn’t going to remember a lot of details about your life unless he has feelings for you.

Isn’t it odd that he knows all about you without being prompted? Does he know what color your eyes are, your favorite color, or whether you prefer chocolate or vanilla ice-cream? Does it almost seem like he can finish your sentences? He might be a keeper.

Although jealousy is a complicated emotion to hide, it may be more so for guys. A Platonic buddy wouldn’t care about whom you date and what men you discuss. The only reason a man would get his feathers ruffled would be if he had thoughts of love for you, too.

Does your guy friend seem happy for you when you mention a male love interest, or does he quickly change the subject? Can you see a tinge of the green-eyed monster in his eyes when you are talking to other guys? If he’s jealous, then it may be time for you both to talk.

7. Is He in Touch with You, Literally?

In American society, women are usually the touchy-feely ones. Sometimes, guys misinterpret a lady’s innocent touch on the hand or shoulder as a touch of romance. But if people are attracted to each other, the need to touch is almost irresistible.

The next time you are kicking back with your guy friend, notice how many times he touches you. Does his hand linger on yours, or does he find ways to brush your shoulder, hair, etc.? Maybe he is dreaming of love and touching you as a lover.

If a stranger continually makes eye contact with you, it is more creepy than romantic. When your guy friend stays locked into your eyes, he may feel a spiritual connection with you. Looking deeply into someone’s eyes indicates trust, honesty, and romance.

9. Does He Truly Notice You?

The bane of many girlfriends and wives is that their men don’t notice things. In the initial stages of romance, guys pay so much attention to their love interest that they often remember the smallest detail. Is he watching you so intently that he knows when something changes, like a new outfit or a different hairstyle? 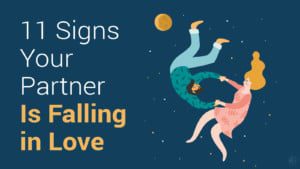 10. Has He Introduced You to His Family and Friends?

Maybe one of your guy friends has always felt like a brother to you, and you already know his family and background. If not, a closer male companion may casually introduce you to family and other friends.

Is he unusually nervous when he invites you to meet his family? He might be eager to see how they react to a possible love interest. Put your best foot forward because these folks may be part of your life soon.

11. Is He More Interested in One-on-One Time Than with Groups?

When people have love in mind, two is company and three is a crowd. Casual male friends may enjoy alone time with you, but they are just as happy in a group activity. Does your guy friend seem to be finding more excuses for private dates?