If you’ve been seeing ravens often in your life, the universe wants you to pay attention to the subtle meanings behind their presence. This spirit animal comes to you when you need guidance or reassurance on your path in life. People often associate ravens with bad omens or darker energy, but they also symbolize other, more positive things as well.

Seeing ravens often signifies that you have a strong, mysterious energy force in your life. They may show up when you feel you need to reflect on your character and your life as a whole. Perhaps your strong energy may influence others in a negative way, so this bird shows up when you need some introspection. Below, we’ll talk about the history of ravens and their relationship with humans.

In ancient texts and mythology, people often associated ravens with loss and ill omens. However, their symbolism carries many meanings depending on culture and belief systems. Ravens also represent great insight, prophecy, and a medium between the human and spirit world. They are said to bring messages from beyond for the people who really need them.

French anthropologist Claude Lévi-Strauss came up with a theory that people associated the raven with mystical properties because it served as a totem between life and death. Because ravens eat the decaying flesh of other birds, they have a long association with death and bad omens. For instance, in Swedish folklore, ravens are the ghosts of those who’d been murdered without a proper burial. In German literature, ravens are damned souls. 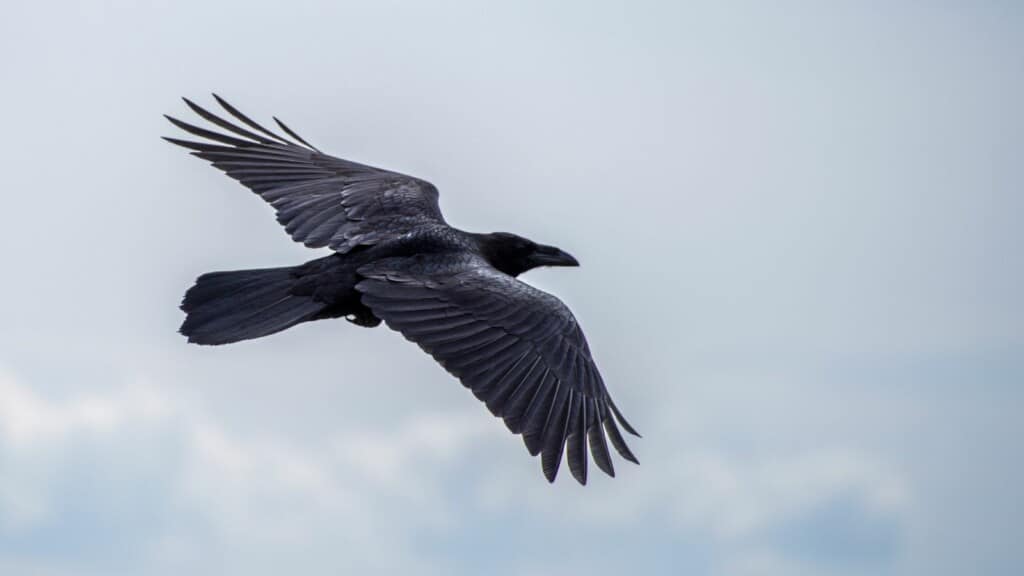 In Greek mythology, ravens are associated with Apollo or the god of prophecy. They have been historically known to bring bad luck. According to one story, Apollo sent a white raven, or a crow in some versions, to spy on his lover, Coronis. When the raven brought him news that she had been unfaithful to him, he burned the raven with his anger, turning the raven’s feathers black. According to this story, that’s why all ravens are black today.

Though they have small brains, ravens have a lot of intelligence that we humans don’t give them enough credit for. A new study found that ravens can work out social dynamics in other raven groups, which only humans had been shown to do previously.

Jorg Massen and his colleagues of the University of Vienna wanted to discover more about the social skills among birds, so they studied ravens, which live in social groups. In their study, researchers looked at whether ravens had enough intelligence to understand relationships in their own social group as well as in groups they had never been part of. Ravens in a social group fight over their ranking in the group, like ravens who have a higher social status get first dibs on food and other important resources. 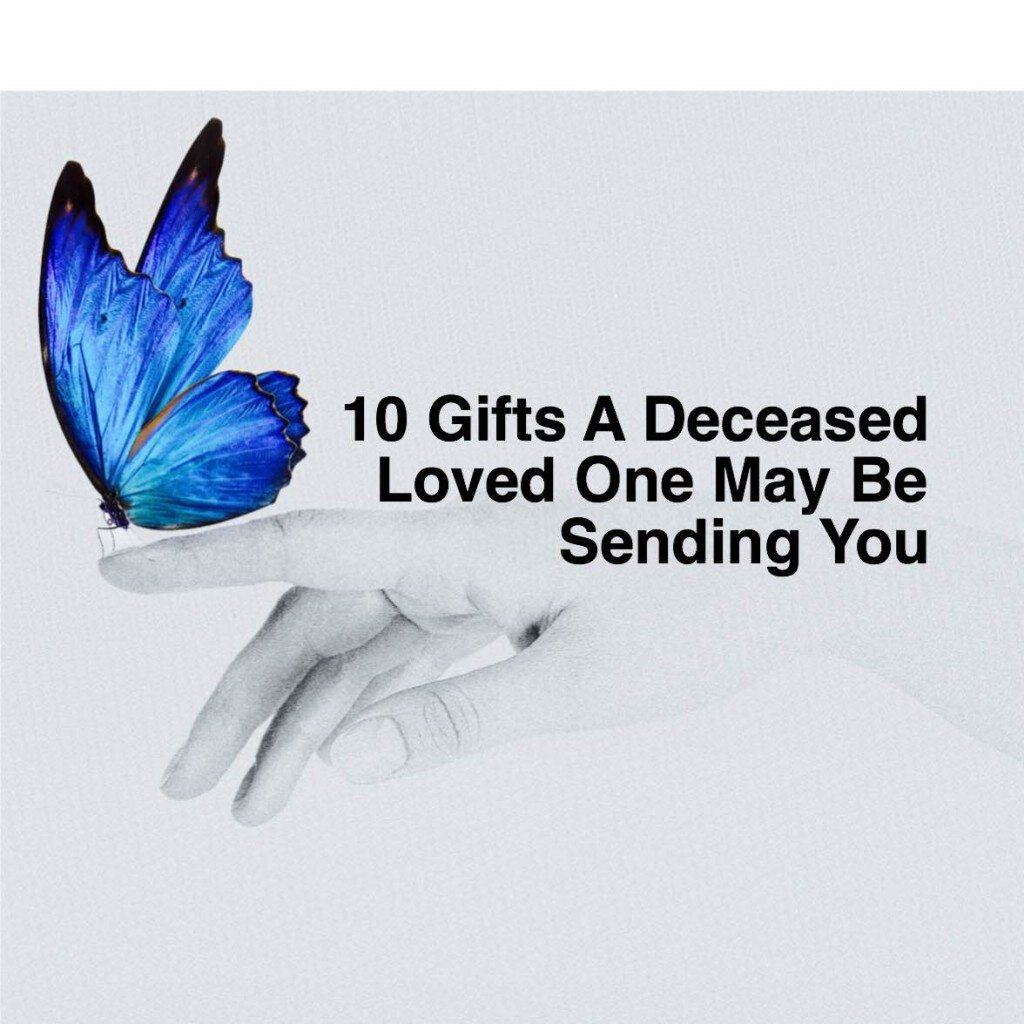 The pecking order in a flock of ravens

Males always outrank females and fights usually occur between members of the same sex only. These confrontations, not surprisingly, are fueled by the higher-ranking birds who seek out the lower-ranking birds in order to assert their dominance and reinforce their social status. In the groups, the submissive birds put out a specific call to say they recognize the dominance of the higher-ranking birds. Just the same, the dominant birds put out a call to reiterate their high ranking.

However, sometimes the lower-ranking birds respond to the dominant birds in a non-submissive way. This is known as a dominance reversal call, which usually results in confrontations that sometimes change the social structure among the raven social groups.

Massen and his team gathered a group of ravens to make note of their conflicts. These included normal conflicts and dominance reversal calls. They also recorded calls from a different group of ravens housed separately. The team moved some ravens from the group to a separate enclosure. Then, researchers played recordings of different calls to mimic situations in nature where the ravens would overhear other ravens in a conflict.

Massen said they monitored the ravens’ responses to the calls to see if they responded differently to normal dominance calls and reversals. They used recordings taken from the other group to see if the ravens recognized that same behavior in other social groups.

When ravens heard a reversal call within their own group, they showed higher stress levels because they expected some conflict to arise and bring changes in the social structure to follow. They either ran around or pecked at their own feathers, clear signs of stress in ravens. They showed even higher levels of stress when the dominant reversal calls came from members of the same sex. This isn’t surprising, because ranking confrontations only occur between members of the same sex.

Female ravens showed higher stress than males, likely because they already have a lower ranking than males so changes in the social structure affect the females at the bottom more drastically.

Hidden meanings of this spirit animal

Many people feel that ravens represent spiritual signs or messages. If you see ravens often, this is probably why:

Is the raven your spirit animal?

Some cultures believe that everyone has a certain spirit animal that brings them greater wisdom from beyond. You will relate deeply to this animal, and you may even act like it sometimes. If you resonate with the raven, you have strong, powerful energy. However, you need to use it wisely, because it can overpower your judgment and bring negative energy back to you.

Other spirit animal traits of the raven:

If this black-winged bird is your spirit animal, others might regard you as a prophet or bringer of important news. If you resonate with the raven, you have traveled to the darkest depths of your soul to bring forth the light. You may also enjoy being alone more than you like being around others.

So, if you see ravens often, this is what it means:

Ravens can have both negative and positive symbolism, so if you see these birds often, expect a change of some sort in your life. No matter what change may happen, try to remain even-minded, and remember that the universe will only give you what you can handle. If you’ve been having more vivid dreams lately that seem to have strong messages or omens, then the raven totem may be calling to you.

Other people may look to you when a crisis happens because they see you solid like a rock. Ravens carry this strong energy as well, so if you’ve been seeing them more lately, perhaps they want to warn you of a big change coming that you need to prepare for.

Even though others enjoy your playful, sometimes mischievous nature, you need to make sure to not overdo it. Sometimes you can forget about others’ feelings, so just be mindful of how others react to you so that you can adjust your behavior accordingly. Others may say you intimidate them with your powerful energy, but this doesn’t mean you should change. Perhaps just tone it down a little and avoid being brash with people.

You’ve explored both the dark and light sides of yourself and know that much can be learned by making friends with your dark side. However, choose your battles wisely, because you don’t need to travel into darkness unless you have a good reason.

Final thoughts on why you see ravens often

As with any other totem spirit guide, animals will show up when you need certain messages and signs relayed from another realm. Maybe you’ve lost your way recently and need the powerful raven energy to remind you of your inner strength. Or, you may be on the verge of a huge awakening, and this animal came at just the right time. If you see ravens often, know that they symbolize prophecy and ancient wisdom. And, they are protecting you and providing you with a source of universal energy.