Scientists looking for a way to heal Alzheimer’s found a promising breakthrough–light and sound therapy.

“Alzheimer’s is the most common form of dementia,a general term for memory loss and other cognitive abilities serious enough to interfere with daily life. Alzheimer’s disease accounts for 60 to 80 percent of dementia cases.” – alz.org

Here are some basic statistics and facts about Alzheimer’s from alz.org:

A type of dementia making up 60-80% of diagnosed cases, Alzheimer’s is a type of disease involving memory loss and other impaired cognitive functions. Most people with Alzheimer’s are over 65; however, around 200,000 young people have the disease.

Alzheimer’s progresses through varying, gradually worsening stages. Symptoms are subtle in the beginning, such as having trouble keeping up with bills or misplacing keys. At the later stages, the patient becomes confused and has a difficult time carrying on conversations. The average Alzheimer’s patient lives for 6-8 years following diagnosis.

While there no current cure for Alzheimer’s, researchers continue to study it.

Memory loss is the most well-known and easily spotted symptom of Alzheimer’s. However, there are other lesser-known symptoms you should look out for, including:

This challenge might include having trouble following recipes or keeping up with bills.

This difficulty might consist of issues at one’s job, at home, or during tasks such as grocery shopping.

4 – Losing track of time or place

Many people with Alzheimer’s forget where they’re at or how they arrived there. They may also have a hard time distinguishing between past, present, and future.

New or worsening vision problems could be a sign of Alzheimer’s. If the patient displays this symptom, they probably shouldn’t be allowed to drive anymore, as this endangers them as well as others.

Those with Alzheimer’s have a hard time carrying conversations because it takes them longer to find the correct words to say. They may stop mid-sentence to gather their thoughts. Also, writing activities such as making grocery lists will become more difficult. 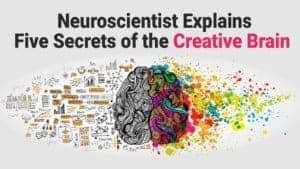 Alzheimer’s patients may misplace or purposely hide items as they are suspicious of others stealing from them. Losing track of keys, glasses, and other essential things become more common as the disease progresses.

8 – Lowered ability to care for themselves

In the beginning, they might simply forget how to put on their shirt or pants. However, this can escalate in later stages to not being able to control bodily functions as well as forgetting to take baths or showers. Patients in the later stages typically require at-home care, so they have their basic needs met

A person with Alzheimer’s will often withdraw themselves from social situations due to so many changes happening internally. They usually don’t recognize themselves and have a harder time engaging with others.

Personality changes and mood swings can happen in almost anyone. However, those with Alzheimer’s may become confused, suspicious, angry, afraid, or depressed quite quickly and for seemingly no reason. Changes in routine or unexpected events may cause these moods to worsen.

Alzheimer’s is complex and devastating to a patient and his or her family, so early diagnosis and experimentation with treatments are key to help the person live a more normal life.

Now that you know about typical symptoms of Alzheimer’s let’s go over an incredible possible cure scientists found.

How light and sound therapy could heal Alzheimer’s:

In an experiment with mice, harmful proteins that interfere with brain function have been partially removed using just light and sound therapy. MIT researchers have found that using strobe lights and a low pitched buzz. They can recreate pre-diagnosis brain waves that remove plaque and improve cognitive function in mice with Alzheimer’ s-like behavior.

This outcome means that the light and sound helps to trigger their brain waves to fight the disease. This technique has not been tested on humans yet, so it can’t be said definitely if it will help cure Alzheimer’s. However, if it can be replicated in humans, this will be a breakthrough in the fight to cure Alzheimer’s. Also, it provides a safe, drug-free option without the side effects.

How does it work?

Going off a previous study where researchers flashed a light 40 times a second into the eyes of engineered mice, researchers added sound to the new experiment using a similar frequency and found that the results improved dramatically.

“When we combine visual and auditory stimulation for a week, we see the engagement of the prefrontal cortex and a very dramatic reduction of amyloid,” says Li-Huei Tsai, one of the researchers from MIT’s Picower Institute for Learning and Memory.

There have been other studies to investigate how to clear the brain of the clumps of tau and amyloid proteins found to play a significant role in the disease. Previous studies found that bursts of ultrasound cause blood vessels to have a gap in the blood-brain barrier, which allowed antibodies to slip into the brain, while also encouraging specialized cells called microglia to gobble up amyloid proteins.

Several years ago, Tsai discovered that using light flashes around 40 times per second had similar benefits in mice engineered to build up amyloid in their brain’s nerve cells, which can cause Alzheimer’ s-like effects.

The results astounded the research team

“The result was so mind-boggling and so robust, it took a while for the idea to sink in, but we knew we needed to work out a way of trying out the same thing in humans,” Tsai told Helen Thomson at Nature at the time.

However, this effect only impacted the visual parts of the brain, missing key areas that govern memory formation and retrieval.

While scientists were skeptical about the method at first, the results showed how oscillations could help break up harmful proteins associated with Alzheimer’s. One of these oscillations is called a gamma frequency, which moves across the brain at 30 to 90 waves per second. These waves are most active when we’re closely paying attention and trying to formulate ideas about our environment. Tsai’s previous study found that these gamma waves are inhibited in those with Alzheimer’s, and this may play a significant role in the disease.

So, both light and sound played a crucial role in helping the brain to create more gamma waves. The potential to heal Alzheimer’s stems from this principle.

In the study, Tsai used a frequency of just 40 Hertz, which is barely high enough for humans to hear. This is in stark contrast to the high pitched frequency of the ultrasound.

The findings–and how they might help to heal Alzheimer’s

Exposing the mice to just one hour of this frequency every day for a week led to a significant decrease in the amyloid build up in the auditory regions, while also stimulating microglial cells and blood vessels.

“What we have demonstrated here is that we can use different sensory modality to induce gamma oscillations in the brain. And secondly, this auditory-stimulation-induced gamma can reduce amyloid and Tau pathology in not just the sensory cortex but also in the hippocampus,” says Tsai.

In addition, the experiment helped clear the nearby hippocampus, which is hugely responsible for memory and cognitive abilities. In the study, the mice showed improvements in both brain chemistry and performance in a range of cognitive tasks. Adding light therapy from the previous research also helped clear plaques in several areas across the brain, including the prefrontal cortex.

“These microglia just pile on top of one another around the plaques,” says Tsai.

Final thoughts about how light and sound can heal Alzheimer’s

Though this isn’t set in stone as a way to heal people of Alzheimer’s, it can certainly be a step in the right direction. Learning how light and specific frequencies can improve disease and clear plaques in the brain could mark a massive breakthrough in treatment for a variety of neurological disorders. Of course, scientists will have to continue to work on how to alter the experiment to make it safe for humans. However, preliminary testing for safety seems to point to it being safe for humans with Alzheimer’s.

Alzheimer’s is a life-altering disease that research predicts will become more prevalent in the coming years. Ways to help prevent Alzheimer’s include getting adequate nutrition and exercise, doing activities and brain-stimulating exercises, avoid smoking or drinking copious amounts of alcohol, and keep in close contact with friends and family. This condition is devastating, but making sure to keep your brain and body healthy may reduce symptoms or even prevent the disease. Until then, we continue to hope that science finds the way to heal Alzheimer’s–once and for all time!