This statement needn’t be said again, but here it is: a healthy brain is critical to life. Without a properly functioning brain, everything that makes you who you are will diminish, if not disappear. The truth is, we must take responsibility for engaging in healthy brain habits.

Anyone who has received even a primary science education is aware of the brain’s importance. We’re less conscious, however, of the brain’s inner-workings.  Hence, the need for articles such as this one. In this article, we’re going to focus our attention on the healthy brain habits.

But to refresh our memory on the brain’s cruciality, let’s talk some basic brain science!

Why you should embrace better brain habits

“The human brain has 100 billion neurons, [with] each neuron connected to 10 thousand other neurons. Sitting on your shoulders is the most complicated object in the known universe.” ~ Michio Kaku, world-renowned quantum physicist (Source)

The prefrontal areas of the frontal lobes are thought to enable the executive functions (EFs) of our brain. Among the EFs are – attention, inhibition, initiation, planning, self-monitoring, self-regulation, and working memory (long-term memory functions occur in the brain’s hippocampus.)

Here are some other interesting facts about the brain: 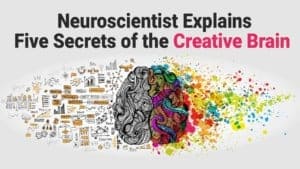 Functions of the brain:

The brain, of course, serves a multitude of critical services. Scientists organize these byproducts of the brain by region.

15 of the Healthiest Brain Habits

These fifteen healthy brain habits are simple to do. Incorporating these into your lifestyle will give you a healthy brain both now and in the future.

“You are what you eat,” as the old saying goes – and this applies to your brain as well. Here are some of the best foods for brain health.

Oily fish is an outstanding source of omega-3 fatty acids, which are crucial for proper neuron development. Fatty acids help to synthesize a protective sheath around neurons called myelin, which is essential to proper communication between nerve cells. Additionally, per a 2017 study, omega-3 fatty acids improve blood flow to the brain.

Affectionately referred to by some as “brain berries,” blueberries are among the best antioxidants there is. Oxidative stress contributes to brain aging and negatively impacts proper brain function. They may also help improve your intelligence.

You can also choose blackberries, strawberries, and raspberries for some tasty variations. 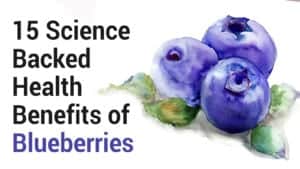 Now we’re talkin’! Dark chocolate is another food that is an outstanding source of antioxidants. This benefit is mostly due to the treat’s high content of cacao, which may also help to promote blood vessel and neuronal growth as well as increase blood flow.

Nuts and seeds are yet another source of quality antioxidants. As a bonus, they also contain a right amount of omega-3s and are a great alternative to vegetarians and vegans who abstain from fish. Studies show that nuts and seeds may help to slow age-related cognitive decline.

Believe it or not, there are people out there who bring a sort-of even-keeled mindset to just about every situation. These folks aren’t easily ruffled and manage to both demonstrate a certain unflappability while invoking a sense of calm in others as well.

Why is this important? Well, not only is it a much more peaceful and engaging way to live, an equanimous state of mind is marvelous for brain health.

High cortisol (the “stress hormone”) levels link directly to impaired memory. Chronic stress may also shrink areas of the brain. Fortunately, due to the brain’s impressive resilience, we can “reverse” this process. The best way to do this is through meditation, which, according to brain experts, “…rewires the brain and [improves neuroprotection]…which predicts longer life expectancy.”

The importance of exercise for your brain health can not be overemphasized. Studies show that when you live a sedentary lifestyle, you’re more susceptible to brain aging and degenerative diseases like Alzheimer’s disease and multiple sclerosis. Exercise improves your memory, your mental processing, and it gives you a sense of well-being. Physical activity is essential to a healthy brain.

Contrary to what some of the health nuts say, you needn’t develop the endurance of a triathlete to improve your health significantly. Research shows that even moderate physical activity – whether it’s through biking, jogging, brisk walking, or light weightlifting – may contribute to enhanced cognitive performance.

So whether you walk, ride a bike, swim, or work out at the gym, try to get at least 35 minutes of exercise every day for the most benefit.

The reason why exercise is so useful for the brain is that physical activity releases brain-derived neurotrophic factor (BDNF), which repairs neurons and strengthens the connection between neurons.

Light exercise also helps to release endorphins, which can lift your mood. Finally, aerobic exercise (e.g., jogging, running, or brisk walking) increases blood flow to the brain and reduces the risk of brain damage from both hypertension and high cholesterol. 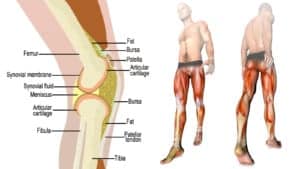 4. Doing stimulating activities (one of the most essential brain habits)

The brain is not some static entity – it’s always evolving, for better or for worse.

It wasn’t long ago that neuroscientists believed things like intelligence and brain structure were fixed, unchanging. We now know that this is untrue.

Neuroplasticity, a term that speaks to the malleability of the brain, is a relatively recent phenomenon that demonstrates – in no uncertain terms – that the brain is changing throughout life.

Enhancing the brain for the better requires that we put it to work. The best way to do that is by stimulating the brain’s processes through cognitive challenges.

David S. Knopman, a clinical neurologist, says, “…higher cognitive activity [bestows upon] the brain a greater ability to endure the effects of [things like disease better] compared to a person with lower cognitive engagement…”

What kind of activity? That’s up to you.

The important thing is to engage your brain in such activity regularly. Making this a daily habit is probably best. And remember, it must be challenging, but not to the point of being undoable.

We’re all well aware by now that humans are social animals. We live and work in groups with very few exceptions.

Evolution has hardwired this need for connection into the brain’s workings. One example of this evolutionary byproduct is the effects of everyday conversation. Research shows that verbal interaction is crucial for the brain’s development, including in areas such as attention, memory, social awareness, speech, and thinking.

Social connections may even help to protect against neurodegenerative disorders like Alzheimer’s. Per a study published in the American Journal of Public Health, interaction with others may safeguard the brain against dementia.

Sleep is a critical part of good brain health. Inadequate sleep – a problem that the Centers for Disease Control and Prevention (CDC) calls an “epidemic” contributes to psychological as well as physiological illnesses.

According to an article published by Scientific American, among the critical roles that proper sleep plays in the promotion of brain health are:

While the recommended sleep duration may vary by source, most evidence appears to suggest that 7 to 9 hours of quality shuteye is the most beneficial brain habits for mental and physical health.