Dyslexia is a neurological disorder that affects more than three million people in this country. It often coexists with issues like ADHD, dyspraxia, or dysgraphia. Many people don’t truly understand this condition, and it’s often thought that it just causes mirror reading or learning difficulties.

Each person that has this condition has a different mix of problems. For instance, one person may suffer from word or letter reversal, while another person has an issue with sequencing.

The critical thing to remember is that this ailment has nothing to do with intelligence. A person can have this condition and have a high IQ. Students with this disorder often hear that they are not applying themselves when they get a bad grade.

However, the problem is not that the student isn’t applying themselves. Its issues lie within the brain’s recall and delivery systems. Thankfully, there are methods to help a person combat the problems they face.

While problems with writing characterize this neurological disorder, it’s not the only problem that exists. The brain sees and perceives things differently. Here are the most common symptoms.

Spelling doesn’t come easy to someone who suffers from this condition. Because their brain is continually mixing up the words, they have a hard time learning the correct order. The poor spelling comes with the territory.

Sequencing is a significant problem for someone with this condition. They have a hard time putting things into a series, or they cannot remember things that are in a string. A list such as this can cause significant problems for a child:

•Pick Up Your Bookbag and Shoes

•Take the Dog Out

A child or anyone suffering from this ailment may only get one or two of these things. It can also be a sign of attention deficit hyperactivity disorders, so a person must be careful and not attach labels until a child has been professionally evaluated. 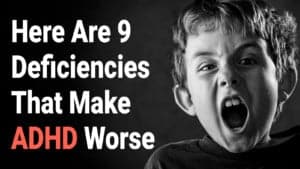 The recall is another big problem for the dyslexic person. Schools are giving children with these disabilities more extended periods to take a test. Cramming for an exam involves the use of short-term memory.

While most people have proper access to this memory bank, those who have dyslexia don’t have that ability. It takes longer to recall events. It’s like knowing someone’s name but being unable to remember it when introducing them to someone else.

Rather than using short-term memory, those with this issue

often use long-term memory instead. The reason it takes them so long to retrieve the information is that they cannot focus on pulling the right “file card” in their brain.

However, studies have shown that when the pressure is off, a person suffering from this ailment can easily access their memories. So taking tests with longer time frames allow these children to get higher grades because they have more time to work with their recall issues.

Many dyslexic people cannot distinguish between their right or left. Asking them to shake a right hand may require thought. When giving directions, they might not be able to understand things like “turn to the right and then make a left.” Most must do little mental lectures to be able to differentiate from the right and left sides of their body.

While dysgraphia is not a part of dyslexia, it’s closely related. The way a person with this condition sees and perceives things is altered. Writing coherently when there are brain issues can be a real challenge.

When a person with dyslexia tries to write, they may find it quite challenging. They often will mix up words, and simple spellings of things like “bat” may become “pat.” It’s not uncommon for people to make mistakes when they are tired, but this problem doesn’t get any better with rest for the person with dyslexia.

People with dyslexia cannot have someone telling them a string of things to do. Children with this condition often have messy bedrooms. Rather than saying to them, “Go clean your room,” you must give them things in steps one at a time.

Because they cannot focus enough to do each step to clean effectively, they prefer to live in dishevel. Some say that the condition of the space around them and the mess is an indication of their internal thought processes.

While this condition is often diagnosed in childhood, it can affect a person for their entire life. Those who have dyslexia will often be underemployed. It’s not the fact that they aren’t smart enough or that they are lazy.

The real issue lies within the fact that they have a problem focusing. The best line of employment for those with dyslexia include expressive jobs like sales, artists, or chefs. Expressing their personality through their food or art gives them an outlet for the inward confusion. 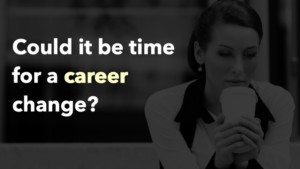 There is no lab test or MRI that can help a doctor to diagnose this condition. Rather, they can administer psychological examinations to see a person’s aptitude and identify abnormalities. Medical experts usually rely on these tests and observations to make a definitive diagnosis.

Because there are hereditary components to this ailment, the physician will want to know if anyone in the family had this issue. If the mother or father had this disorder, then their offspring are 50 percent more likely to have it. Consequently, it can skip a generation.

While most cases of this neurological condition are diagnosed in the school-age years, many children have red flags long before that time.

One thing a doctor will look for when diagnosing a child is chronic ear infections.

For whatever reason, when a child experiences chronic infection so close to the brain, it causes significant disturbances. Many experts believe that this condition is more of an auditory disability than a visual one, so the infections have done irreversible damage.

Another thing a doctor will be interested to know is if the person in question was born prematurely or had a low birth weight. When a child is born early, there are often neurological problems that develop at the lack of time in the womb.

Other concerns are a fetus that was exposed to drugs or alcohol during pregnancy. If a mother smoked while pregnant, then it can also cause some of these issues. The history of the person is essential as it can help doctors to make a diagnosis.

There is no magic pill that you can take that will alleviate the symptoms of this condition. However, you can learn techniques to overcome the challenges you face. A child with this ailment meets the requirements for special needs services in school.

The special considerations given to these children can include:

•Given Special Help or an Aid

•Allowing The use of a Sensory Room When Frustrated

•Being Put in An Inclusive Classroom

•Having a Reduce School Workload or Individualized Assignments

Since you can’t fix this problem, you can do some things to make your life easier. Some ways that may be beneficial include:

•Read Out Loud Rather Than Silently

•Use Pictures or Videos to Learn A New Concept

•Use Visuals to Express Thoughts

•Work with a Therapist to Overcome Troublesome Issues

•Learn How to Meditate and Do Breathing Exercises to Calm Yourself