Attention-deficit hyperactivity disorder, or ADHD, is a neuropsychiatric disorder characterized by inattentiveness, hyperactivity, and impulsivity. Children diagnosed with ADHD often display impulsive behaviors that are interruptive and inappropriate for the setting (e.g. the classroom.) Boys are twice as likely to be diagnosed with ADHD as girls. The average age of diagnosis is around 7 years. (1)

It is estimated that ADHD affects 1 in every 20 people under the age of 18. Of this population, approximately two-thirds continue to experience ADHD symptoms into adulthood. Adult ADHD is characterized by difficulties remembering information, following directions, concentrating, organizing tasks, and planning.

Few conditions are as provocative as ADHD. For as long as the condition has been around, there have been countless debates surrounding the existence or non-existence of ADHD. Professionals also discuss the complications of ADHD medication, and whether the disorder is over-diagnosed.

While ADHD is highly contentious, most medical experts accept that enough evidence exists to treat it as a valid condition. For example, all three of the largest, most prestigious U.S. medical bodies – the American Medical Association, American Academy of Pediatrics, and the National Institutes of Health – recognize ADHD as a true disorder. (2)

Researchers point to the differences in the brain scans of ADHD and non-ADHD people, the length of time since symptoms were first uncovered (over 110 years ago), and the tangible differences brought about by treatments as sufficient proof.

Indeed, while sufficient evidence may show the reality of ADHD, plenty of other sources point to a diagnosis that is both pervasive and disturbing. Let’s talk more about the recent trends in ADHD numbers.

“Production of the medications used to treat attention deficit hyperactivity disorder … has skyrocketed in recent decades. The Centers for Disease Control and Prevention … says that ADHD diagnoses … increased by about 41 percent between 2003 and 2011.” – Colleen M. Story, Ana Gotter, Rena Goldman: “6 Natural Remedies for ADHD” (source)

Medical statisticians cite the upper-limit of ADHD diagnosis at a maximum 5 percent of school-aged children. In some U.S. communities – where by far the most ADHD patients reside – up to 33 percent of children are diagnosed with the condition. In some states, over 11 percent of the school-age population is diagnosed with ADHD – more than doubling the number of plausible cases. (3) Per the Centers for Disease Control and Prevention (CDC), the number of ADHD diagnoses rose an astonishing 41 percent in just eight years (2003-2011). (4)

Also contributing to the rising numbers of ADHD patients – and ADHD medications – is the fact that there has been a dramatic shift in the market segmentation of ADHD drugs. Whereas in prior years children were the dominant demographic because of their age, adults are now the majority of the population taking prescription stimulants. In other words, adults are the fastest growing segment of the ADHD medication market.

What could possibly explain such a dramatic shift? Some critics point to the pharmaceutical industry and their aggressive marketing and profit-seeking schemes. For example, Shire Pharmaceuticals, the manufacturers of popular ADHD drugs Adderall and Adderall XR, reported over 15 billion USD in operating revenue for the year 2017. (5)

The Dangers of ADHD Drugs

“It takes about 40 minutes to kick in, and you can feel it. I start to sweat. My heart accelerates very rapidly.” – Introduction to the Netflix documentary “Take Your Pills.”

On May 1, 1971, the Controlled Substances Act (CSA) became the law of the land in the United States. The law created five classifications (or ‘Schedules’) in which each prescription drug was to be placed, depending on the drug’s potential for abuse. (6)

Amphetamine, a powerful nervous system stimulant, is labeled as a Schedule II drug in the U.S. (a Schedule I in Canada). Schedule II drugs are those that display high potential for abuse while carrying the possibility of severe physical or psychological dependence (Vicodin and OxyContin are also in this category.) Amphetamine is simply a longer name for speed, a major component of the street drugs cocaine and methamphetamine. It is also the primary ingredient in Adderall and other ADHD medications.

The effects of amphetamine use can be classified into three categories: immediate, coming down, and long-term. (7)

– a sense of wellbeing

– feelings of anxiety, nervousness, and irritability

– feeling out of breath

– dental problems such as cracked teeth

How to Beat ADHD Without Medication

Given the nasty short- and long-term dangers of ADHD medications, it may be worthwhile to consider other, more natural alternatives. Here are eight ways to overcome ADHD without the use of prescription meds.

Per the Mayo Clinic, some food colorings and preservatives are thought to increase hyperactivity by some researchers. In the European Union (EU), foods that contain certain food color additives must include the statement that the product “may have an adverse effect on activity and attention in children.”

Colorings and preservatives that may increase ADHD-like symptoms include:

Electroencephalographic (EEG) biofeedback involves the use of brainwave technology to identify and correct thinking behaviors. In ADHD patients, an abnormally low level of brain activity in the cortical regions, coupled with a state of hyperarousal in the frontal cortex, is seen as contributing to the symptoms.

In an analysis of 14 EEG biofeedback trials, ADHD-diagnosed children showed “consistent beneficial effects for all outcome measures.” EEG biofeedback sessions usually last from 30 to 60 minutes over the course of 2 to 3 months.

Exercising on a daily basis may reduce the inattentiveness and hyperactivity that characterizes ADHD. Numerous studies have shown multiple positive psychological effects of exercise, including increased levels of focus, alertness, and calmness.

30- to 40-minute workouts, 4 or 5 days a week should suffice. Aerobic exercise is probably best, although strength training, martial arts, and team-based sports are all beneficial.

Per Healthline, many supplements may help improve ADHD symptoms, including l-carnitine, magnesium, vitamin B-6, and zinc. Herbs such as ginkgo, ginseng, and passionflower may help ease hyperactivity.

If you are taking prescription medications, be sure to check with your doctor regarding potential drug interactions. If considering supplementation for a child, have them first get a blood test to determine current nutrient levels. (11)

Another likely reason for the spiking ADHD numbers is misdiagnosis – a diagnosis that mistakenly cites ADHD when a different disorder is producing like symptoms. Per WebMD, four medical conditions that produce ADHD-like symptoms include:

– Depression: Depressive symptoms can mimic those of ADHD, particularly changes in eating and sleeping habits. Depression also causes difficulty in concentrating and lack of motivation.

– Vision and hearing problems: If a child doesn’t know or admit to having a hearing or vision problem, they could lag behind in classwork and create distractions.

Only recently have scientists discovered the importance of vitamin D on brain function. Besides being a natural mood-booster, ‘D’ helps to protect neurons and reduce brain inflammation. Low vitamin D levels have also been linked to memory loss and increased risk of cognitive impairment, including dementia.

In a 1,700-person study conducted by researchers at the University of Cambridge, researchers found that people with the lowest vitamin D levels are twice as likely to be cognitively impaired. In a 3,100-person study of males aged 40 to 79, participants with lower vitamin D levels showed slower brain processing speed. This relationship was particularly evident among males over the age of 60.

Protein helps curb hyperactivity by stabilizing blood sugar levels. Our brain cells communicate through neurotransmitters, chemical messengers that relay information from one cell to the next. Neurotransmitters are made up of amino acids, which are the building blocks of protein. 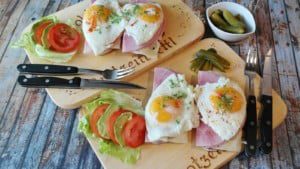 If you’ve ever eaten a carb-heavy meal, you can attest to the sluggish thinking that often accompanies it. That’s because carbs increase tryptophan in the brain, inducing sleepiness. Protein, on the other hand, raises tyrosine, which manufacturers dopamine and norepinephrine, which promotes activity and alertness.

High levels of stress over time depletes the brain chemical dopamine, which is responsible for energy and motivation. Because low levels of this brain chemical produce feelings of depression-like lethargy, you may find it extremely difficult to pay attention.

Besides watching your stress, make sure to watch your caffeine and alcohol intake. All of these things cause dopamine to deplete more rapidly.

While there are many methods that can help someone who suffers from this disorder, it can seem overwhelming knowing where to start. Try taking it one day at a time, first of all. Focus on your diet by avoiding trigger-type foods such as artificial coloring. Additionally, take time for exercise, preferably outside so you obtain enough Vitamin D as well. Finally, look into professional help if needed to curb the symptoms of attention-deficit hyperactivity disorder. Try to maintain a positive outlook because your mindset can help determine so many things.

Related Items ADHD help for ADHD natural remedies for adhd
Power of Positivity uses cookies to give you the most relevant experience. For more information see our Privacy Policy.
Continue
Manage consent