Being a brave person doesn’t always mean crossing a rickety bridge on a cliff or going skydiving because your friends dared you to. It doesn’t have to scream in your face or shout from the mountaintops. Bravery can mean standing up to a bully or having the courage to talk to someone you’ve had your eye on for a while.

Of course, we can’t honestly know bravery until we’ve gone to battle with ourselves. As Buddha said, “A man who conquers himself is greater than one who conquers a thousand men in battle.” This statement means acknowledging your bad habits and evil thoughts and going within to defeat them. Not many people look to themselves first, instead choosing to find faults in others and blaming them for the world’s problems.

Being brave means conquering the evil within so that you can shine your brightest light into the world. It means showing up for others as well and seeing them as an extension of yourself. Do you know a brave person in your life? Perhaps they exhibit the following qualities.

“A brave man acknowledges the strength of others.” – Veronica Roth

Here are seven traits of an incredibly brave person:

A person who displays courage will never hesitate to stand up for others or voice their beliefs even if they have an unpopular opinion. Bravery doesn’t just mean physically coming to the aid of others; it means using your voice to speak up about wrongdoings. As Martin Luther King, Jr. said, “Our lives begin to end the day we become silent about things that matter.” We can see a perfect example of this right now with the Black Lives Matter movement, and MLK would undoubtedly be proud.

If you have a brave person in your life, you will feel you can always go to them for the truth about a situation. They won’t ever sugarcoat things or make everything out to be butterflies and rainbows, because they want the best for you. Brave people put the well-being of others first, and keep them out of harm’s way. They never use their courage to hurt others.

A brave person doesn’t care what other people think of them–no caving into peer pressure. They follow their moral compass, and if they don’t want to participate in an activity, they will politely let their friends or family know. For instance, if a person goes to a party and doesn’t drink, but their friends urge them to, they still have no problem saying no. Real friends don’t stop being your friend because of differing beliefs anyway. 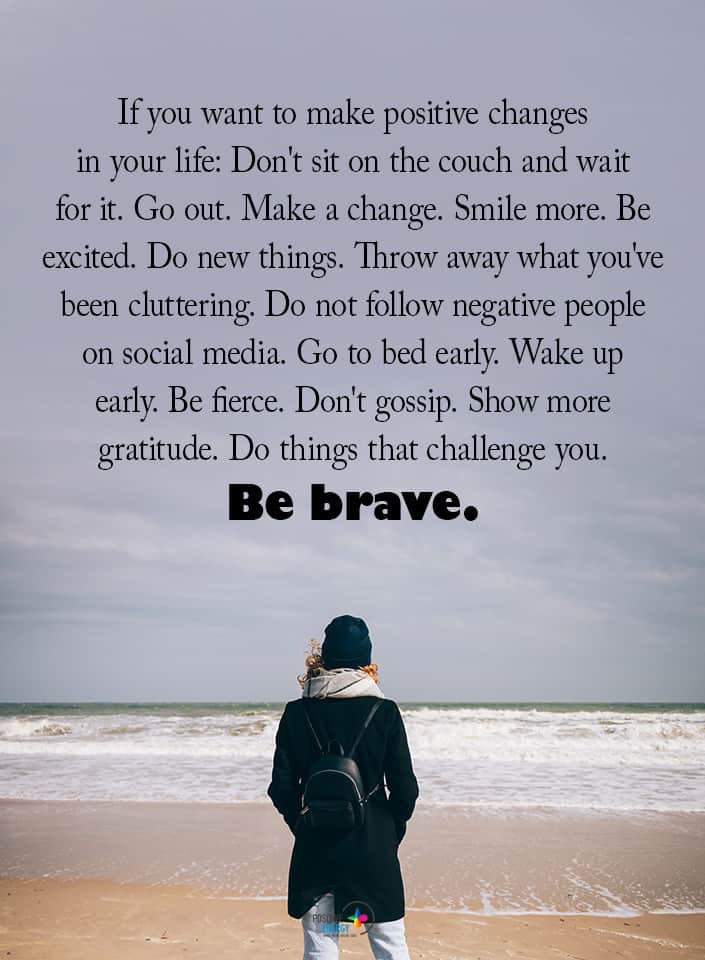 Kindness takes a lot more courage than hate. It takes a lot of strength to quell your fears and fully open your heart to others. If you listen to most conversations today, you’ll probably hear gossip and superficial topics being brought up some of the time. A brave person never talks about people behind their backs. They speak lovingly to everyone, whether in person or conversation with someone else.

They treat others how they wish to be treated. Of course, they make mistakes like everyone, but most of the time, they have a kind, poised demeanor.

A brave person does not shift the blame for their problems onto others. They take full responsibility for the problems in their life and do what they can to correct them. A person full of courage would never make others feel small so that they can feel more significant. They own up to their mistakes and acknowledge what they need to work on.

A courageous person knows when to back down from something, whether it’s a work project, activities after school or work, or even a friendship. They don’t feel bad for doing what’s best for them, as long as it doesn’t hurt others. If they’ve taken on too much at work, for instance, they wouldn’t hesitate to tell their boss “no” if he or she assigns them another task. They consider everyone’s feelings, but ultimately, they know they can’t keep giving from an empty cup.

Brave people understand that while some things must get done alone, you just can’t accomplish specific tasks by yourself. They have a supportive group of people to reach out to when they need something, and they would do the same for others. 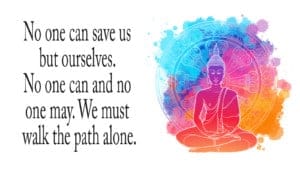 A courageous person doesn’t fold on their plans. They have a vision, and nothing in the world will stop them from achieving their goals. They make sure that their dream will positively impact others as well, and if not, they shift their goals so everyone benefits. A person with courage will not let minor setbacks and obstacles keep them from their final destination.

After all, what dreams got accomplished without blood, sweat, and tears? Nothing worthwhile ever comes easily, and the bravest people know this. However, they don’t allow any fears to stop them; they simply work through the fears and expand their comfort zones.

Not everyone exhibits these traits, but you can quickly cultivate them by adopting a few critical habits in your daily life.

Here are some ways to have more courage:

If you always stay in your little bubble, you’ll never know of the beautiful world that exists outside of it! Do things every month that challenge you, and don’t let self-imposed limitations stop you. Of course, you should start small, so you don’t become overwhelmed. You can begin with something like doing a challenging workout or going to a yoga class you’ve always wanted to try.

We came to this Earth to connect, so if you’ve been feeling lonely or just bored with your friend circle, why not talk to some new faces? Treat everyone as a friend, and you will never feel alone a day in your life.

Did you know that most people don’t achieve their goals because of one common reason? Harvard psychologist Dr. Amy Cuddy says that most people have unrealistic expectations or believe they can accomplish a lot more than reality will allow them in a set amount of time. Therefore, you need to set several small goals and learn to enjoy the process.