Strength is often born out of pain or even trauma. Strong women have often, during times in their lives, felt weak and helpless. The strength that they carry inside of them now wasn’t just born out of thin air. Instead, that strength was cultivated and nurtured, and cared for.

That strength resulted from weeks, months, or even years of allowing herself to be treated as less than she was worth for fear of backlash or being alone. Every strong woman has earned this strength, and bears scars that aren’t always visible to the naked eye.

Every strong woman has also made promises to herself. These promises serve as a reminder to never allow herself to go back to the weak girl that she had once been.

Here Are 5 Promises Every Woman Has Made To Herself

Don’t compromise yourself. You are all you’ve got. There is no yesterday, no tomorrow, it’s all the same day. –Janis Joplin

A strong woman has often faced the challenge of giving up pieces of herself that she holds dear to appease someone who doesn’t appreciate her as a whole human being. Whether she gave up her interests, her friends, her job or her ambitions, a strong woman has promised herself never again to let parts of herself go. She is a whole person, and she will never allow another person to pick her apart to the pieces that they find acceptable.

SHE PROMISED SHE WOULD NEVER WAIT FOR HIM TO CHANGE

Hoping that she could change him if only she loved him the right way is a mistake every strong woman will never make again. People can only change if they want to. No amount of love in the world will be able to change someone into something better. Waiting for someone to change is only going to bring disappointment and frustration. Every strong woman knows it’s not worth the upset to try to love someone into a better person. 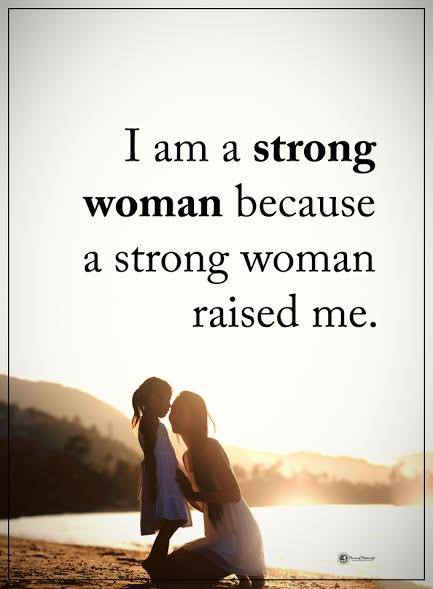 SHE PROMISED NEVER TO SETTLE FOR LESS THAN SHE DESERVED

Every strong woman has gone through a period in her life where she thought that she saw something good in another person, and allowed herself to suffer because she thought she could cultivate that goodness. In the end, she would discover that you could not love a flower to life when all it was being watered with was vinegar. Strength comes when a woman realizes that she deserves someone who is good on their own, without needing to go digging for that goodness. When the strength came to her, she promised herself that it would never happen again.

A strong woman once struggled to understand the mind games that had no rules and were designed for her to lose. And after this, she would promise to walk away from those types of games no matter what. Every strong woman has had to learn how to live by her own rules and not allow someone else to make them for her.

SHE PROMISED HERSELF SHE WOULD NEVER AGAIN BE USED

Every strong woman has had to learn that strength one way or another. After she let others use her- for emotional labor, for convenience -she promised herself that she would never put herself in that position again. She learned that she was worth more than what she was being used for, and once she discovered and tended to her self-worth, she became stronger than ever. She promised herself that no one would ever make her feel so helpless.

Even though strength often comes from having once felt weak and helpless, that strength will stay with women for the rest of their lives. Life lessons can be difficult to swallow, but once they’re learned, they will serve us well for as long as we live.

Every strong woman has a list of promises that she’s made to herself, and they’re what keeps her emotionally and mentally healthy. Strong women have learned not to settle, and not to allow themselves to be cheated or lied to.

They have learned that they are whole human beings, people with a great capacity for both love and compassion, but only to those who deserve it and treat her well. With strength, comes a great understanding of the world.