Treatment for hematuria will depend on the cause, and there are many different causes. Some reasons, like menstruation or intercourse, are benign. Others, like cancer, are far more serious. Consequently, anybody who sees blood in their urine should call their doctor.

Causes of Blood in the Urine

Here are some reasons why you might see some blood when you urinate.

There are three main types of UTI, and each one can have different symptoms in addition to the ones listed above. Acute pyelonephritis is a severe infection of the kidneys and can be life-threatening; it is most common in pregnant women.

Chronic pyelonephritis describes repeated kidney infections and is more likely in children or people with a history of repeated UTIs. People with either type may develop the following symptoms: Pus in the urine, a fever of at least 102° F (39° C), and urine that smells like fish.

A bladder infection is called cystitis, and it is both more common and less severe than a kidney infection. The patient will have flu-like symptoms and a fever of at least 100.4° F (38° C).

Urethritis is a bacterial infection of the urethra. Its main symptom is pain while urinating, but it can also cause pain during intercourse, trouble starting urination, discharge from the vagina or urethra opening, and an urgent need to urinate. Men may also find blood in their semen. 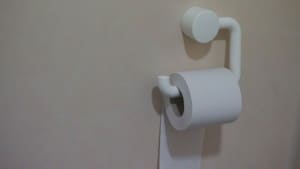 Kidney and bladder stones can cause microscopic or gross hematuria by irritating or abrading the urinary tract. Both types of stones form from minerals in concentrated urine. They initially become crystals on walls of the bladder or kidney and gradually become hard and small stones. The stones don’t cause any symptoms until they are traveling down the urinary tract, where they can create a blockage.

Kidney stones can cause symptoms like severe pain in the back, side, or abdomen, pain while urinating, cloudy and foul-smelling urine, small amounts of urine being produced, a constant need to urinate, nausea, vomiting, fever, and chills.

Bladder stones can cause similar symptoms, but the pain is usually confined to the lower abdomen. They are most common in men over 50.

Vigorous exercise can also cause blood in the urine. Exercise-induced hematuria has a variety of names, such as “stress hematuria,” “runner’s bladder,” “post-exertional hematuria,” and “marathoner’s hematuria.” It is most common in long-distance runners. Dehydration is a known risk factor. Exercise-induced hematuria is generally benign, but if it lasts longer than two or three days, the athlete should call their doctor.

The science journal Renal Failure published a 2014 study in which researchers worked with male runners between 20 and 50 years old. Around 12 percent of them developed hematuria after running, and it was particularly common in the participants who were under 30. The researchers also found that the intensity of the exercise rather than its duration affected the risk of developing hematuria. Athletes who had to run a given distance within a set time were much more likely to develop hematuria than those who ran the same length with no time limit. The scientists also found that three of the participants had early kidney disease, as their urine remained bloody for two weeks after their runs. 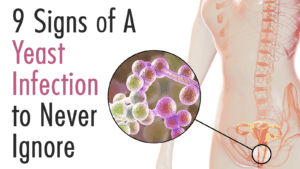 Any injury of the urinary tract can cause hematuria. Most such injuries involve the kidneys, and common causes of kidney injuries include automobile accidents, sports injuries, falls, bullet wounds, and stab wounds. Less common causes include various medical procedures like kidney stone treatments or kidney biopsies.

Polycystic kidney disease is a common genetic disorder in which multiple cysts grow on and in the kidneys. Around 500,000 people in the United States alone have the condition. There are two types of PKD. Autosomal dominant PKD (ADPKD) is usually diagnosed in adults and is believed to affect one out of every 400 to 1000 people globally. Autosomal recessive PKD (ARPKD) is congenital; doctors can detect it shortly after birth or even before. One out of every 20,000 children in the world has ARPKD.

PKD is a type of chronic kidney disease that can eventually cause kidney failure. It can also cause other complications like high blood pressure, abnormalities in the blood vessels of the heart and brain, and liver cysts. Such complications, along with pain and hematuria, are also symptoms of ADPKD. An infant with ARPKD will be smaller than average but have enlarged kidneys.

According to a case study published by the journal Quantitative Imaging in Medicine and Surgery in 2015, only about one or two percent of endometriosis cases affect the urinary tract system. Over 4/5 of such cases involve the bladder, while most of the remainder affect the ureters. Symptoms of bladder endometriosis include blood in the urine, pain around the pubic area, and an urgent need to urinate. 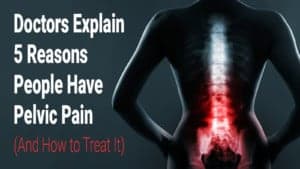 Some medications increase the risk of bleeding and can thus cause hematuria. Examples include aspirin, clopidogrel (Plavix), and warfarin (Coumadin). Blood thinners like heparin can cause gross hematuria. Penicillin and an anti-cancer drug called cyclophosphamide can cause urinary bleeding.

Bladder cancer is the fourth most common cancer in men; according to the American Cancer Society, about 62,100 men are diagnosed with it every year, as compared to 19,300 women. It is most common in older people; 73 is the average age at diagnosis. Bladder cancer is more common in white people than in blacks or Hispanics.

There are several different types of bladder cancer, with urothelial carcinoma or transitional cell carcinoma being by far the most common. It originates within the cells that line the interior wall of the bladder. The urothelial cells line other parts of the urinary tract so that cancer can spread. The doctor will have to check the whole urinary tract for tumors.

Less common types of bladder cancer include squamous cell carcinoma, small cell carcinoma, adenocarcinoma, and sarcoma. Regardless of type, blood in the urine is usually the first sign. The patient may have either gross or microscopic hematuria. As with many conditions affecting the urinary tract, the patient may have trouble urinating, pain while urinating, or urinary incontinence. Other symptoms of bladder cancer can include recurrent urinary tract infections, pain in the pelvic area or back, loss of appetite, weight loss, swollen feet, and bone pain.

Final Thoughts of Seeing Blood in the Urine

Hematuria has many causes, and some of them are serious. Thus, if you find blood in your urine, you need to call a doctor – even if your urine looks normal the next time that you go to the bathroom. Bladder cancer is highly survivable if caught early. In fact, you will have at least a 70 percent chance of surviving the next five years if the doctor finds it before it spreads.

Other conditions may lead to complications like kidney failure if they aren’t treated. Your doctor can tell you, after ordering several tests, what you have and how serious it is.