If you have ever taken the time to look in the toilet after defecating, you may notice that the color of your stool is some shade of brown, which is normal. However, for some people, this may not be the case as they may find that they have blood in the stool. And this can happen for any number of reasons.

BLOOD IN  STOOL: WHY YOU SHOULD NEVER IGNORE IT

The human body heals itself remarkably well. However, there are times when you must seek out medical intervention. In either case, the body will present you with symptoms that signify something is wrong. When it comes to bloody stool, the body is usually alerting you to the fact that bleeding is taking place somewhere within the digestive tract, which includes the rectum and anus. 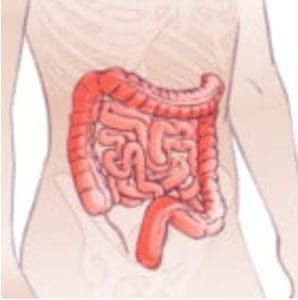 CONDITIONS THAT CAN CAUSE BLOOD IN YOUR STOOL

Rectal bleeding, also known as hematochezia, can sometimes be a sign of diverticulitis, which is a disease that adversely impacts the digestive tract. Individuals with diverticulitis will develop inflamed pouches that form in the lining of their intestines. If these pouches rupture, it can cause rectal bleeding, infections, fever, and abdominal pain. Rectal bleeding due to this specific health condition appears black or dark red most often. According to the National Institutes of Health, over 35 percent of Americans between the ages of 50 and 60 have diverticulitis.

In addition to abdominal pain and diarrhea, both of which stem from an overactive immune system, ulcerative colitis can also cause rectal bleeding. According to the Genetics Home Reference, a health website in partnership with the National Library of Medicine, over 750,000 Americans are struggling with this condition, which causes severe rectal bleeding when the colon is significantly ulcerated.

Much like ulcerative colitis, Crohn’s disease is yet another inflammatory bowel disease that can cause rectal bleeding. In many cases, individuals with this condition will notice blood mixed in with diarrhea. Even when passing solid stool, the stool may appear bright or dark red. Ulcerative colitis also causes severe abdominal pain. What’s more, the rectal bleeding caused by this specific inflammatory bowel disease can cause numerous infections, including Shigella and Salmonella. Further, those with HIV, also known as the Human Immunodeficiency virus, may develop an infection known as cytomegalovirus. According to the Crohn’s and Colitis Foundation, over 780,000 Americans are struggling with Crohn’s disease.

It is important to note that rectal bleeding caused by ischemic colitis is not as severe compared to that of Crohn’s disease and ulcerative colitis. And in many cases, the bleeding, abdominal pain, and other symptoms will resolve themselves within a matter of weeks. Nonetheless,you should schedule an exam with your physician to rule out other health problems.

If you’re not familiar with colon polyps, they are mushroom-shaped protrusions that form on the colon. In many cases, they are benign, but they can sometimes lead to the development of colorectal cancer. Whether these polyps are benign or malignant, they can cause rectal bleeding. What’s more, the loss of blood can lead to low blood pressure and, in severe cases, iron deficiency.

Also, if polyps give way to colorectal cancer, it can cause significant changes in bowel movements. Bleeding caused by polyps or colorectal cancer is usually mild and intermittent, and the blood can appear bright or dark red depending on where they form on the colon.

Malignant and benign polyps are usually painless, so if you notice that you have blood in your stool, it would be a good idea to schedule a colorectal exam. It is important to note that 15 to 20 percent of adults in America over the age of 50 have polyps, according to the Roswell Park Comprehensive Cancer Center based in Buffalo, NY.

Ironically, radiation treatment, traditional medicine’s go-to for most types of cancer, can also cause rectal bleeding. This particular type of bleeding is known as radiation colitis. Studies show that individuals who have undergone radiation treatments for prostate and colorectal cancer, for example, often suffer permanent alterations to the innermost lining of the colon. It is important to note that there are two types of radiation colitis, acute and chronic. Individuals with the acute variant will usually experience rectal bleeding within 6 weeks following treatment compared to 9 or more months for those with chronic radiation colitis.

Blood in your stool may also be a sign of angiodysplasias, which is a condition characterized by the development of enlarged blood vessels that form under the innermost lining of the colon. They can also occur in the stomach or small intestines as well. While the epidemiology of angiodysplasias is unclear, studies show that the condition is quite common in older adults. Similar to colon polyps, angiodysplasias is generally painless; however, those who develop the condition often experience bright or dark red rectal bleeding when defecating. And if they lose too much blood, it can result in iron deficiency anemia. It is worth noting that angiodysplasias make up roughly 10 percent of all cases involving rectal bleeding.

Obviously, this list does not encompass all of the health problems that can cause rectal bleeding; however, they are some of the most common. 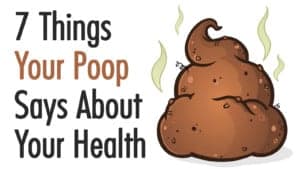 WHEN SHOULD YOU CALL YOUR DOCTOR?

Considering that there are a plurality of health conditions that can contribute to rectal bleeding, you should be seen by a physician as soon as possible if you notice any signs of blood in your stool. Ideally, you should consult with a specialist, such as a proctologist, gastroenterologist, or rectal surgeon. Moreover, this is especially true if you experience any of the following:

If you’re passing black, tarry stool, it may indicate that bleeding is occurring in either the gastrointestinal tract or esophagus. And this would constitute a medical emergency. According to an article published by Medical News Today, a trusted online resource for medical news and information, black, tarry stool is often a byproduct of liver disease and can be life-threatening if left untreated.

Passing red or maroon-colored stool usually denotes bleeding in either the upper gastrointestinal tract or small intestines. Furthermore, maroon-colored blood in stool links to inflammatory bowel disease and tumors, both of which can lead to life-threatening complications.

Although rectal bleeding is typically mild, some health conditions can trigger profuse bleeding that leads to lightheadedness. In these cases, you should see your physician as soon as possible. And this is especially true if you’re experiencing chest pain, shortness of breath, or feel faint at the same time. According to Harvard Health Publishing, the publishing arm of Harvard Medical School, lightheadedness is linked to the following:

If you’re experiencing rectal bleeding and develop a fever, give your doctor a call. According to a study published by the National Institutes of Health, these two symptoms, in particular, have been linked to acute myeloid leukemia. For those who are not familiar with this specific medical condition, acute myeloid leukemia is a form of cancer that impacts both the blood and bone marrow. 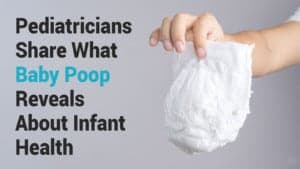 In summary, blood in your stool can be either a sign of a chronic health problem or something less severe, such as hemorrhoids. Nonetheless, take this symptom seriously. That means you should schedule an appointment with your physician sooner rather than later.

Related Items blood in stool bloody stools causes of blood in stool when you see blood in stool
Power of Positivity uses cookies to give you the most relevant experience. For more information see our Privacy Policy.
Continue
Manage consent