Pelvic pain impacts the lowest region of the abdomen, between the groin and the belly button. In females, pelvis pain can be a symptom of ovulation, menstrual cramps, or gastrointestinal condition like food intolerance. It can also be due to a serious condition.

At times, pelvis pain is a sign of an infection or a problem with the reproductive system or surrounding organs. These cases include STI, endometriosis, painful bladder syndrome, and more. In such a case, a person is required to see a physician.

While some causes of pelvis pain like cramps can be treated with pain killers, others like endometriosis involve a surgical procedure. The treatment depends on the cause and the severity of the condition. Here are five pelvic pain causes.

5 Things That Cause Pelvic Pain (And How To Treat It)

You might have pelvic pain that comes with the feeling that you want to urinate or empty your bowel. When you have a bowel movement, you push too hard or feel like you are not finished. In this case, you could be having a condition referred to as pelvic floor dysfunction.The pelvis bones resemble a bowl that holds muscles that offer support to organs like your bowel, bladder, and uterus. If the muscles are inflamed, they end up contracting and causing pain as well as other symptoms like pain during sex and constipation.

According to the Journal of the American Medical Association, a 2008 study found out that about 25 percent of women experience this issue. Risk factors include being obese or overweight, having a genetic predisposition, and pelvic surgery or past vaginal childbirth.

You can visit a physician to have a physical exam done for checking the pelvic floor muscles for knots, weakness, or spasms. If the doctor suspects that you have the condition, which is one of the top pelvic pain causes, they will carry some tests such as the use of electrodes to check for muscle control in the affected area.

Treatment involves working with a pelvic floor physical therapist. It may involve learning to relax and contract the pelvic muscles, usually with the assistance of techniques like biofeedback, which reduces symptoms in over 75 percent of the instances. The therapist can also teach your exercises to carry out at home.

Nowadays, some doctors will inject Botox directly into your pelvic floor muscles. According to a 2013 Harvard study, these injections are effective in relieving this kind of pelvic pain.

You can suffer from pelvic pain that is accompanied by a feeling of having to urinate all the time. This could be as a result of a condition called interstitial cystitis or painful bladder syndrome. This condition impacts 3-7 percent of females, and the cause is still unknown.

However, there is a theory that suggests the condition to arise as a result of a breach in the bladders’ protective lining, which makes urine irritate the wall of your bladder. It is usually related to another chronic pain disorder like fibromyalgia or IBS. Many patients describe the condition to resemble a constant low-level UTI.

You will feel pressure and discomfort in the pelvic region, and you will keep going to the bathroom, with very slight urine coming out. It can also lead to pain during intercourse.

First, the doctor requires confirming that you are free from UTI. Painful bladder syndrome is often diagnosed when some other conditions are ruled out. These include bladder cancer, kidney stones, and more.

The physician will recommend keeping away from drinks and foods, like citrus, that could irritate the bladder. Other lifestyle changes can also be recommended. Various medicines can assist in offering pain relief.

The approved medication for this condition is the RX med Elmiron. It can assist in repairing the bladder’s inner surface. The gynecologist can also inject a mixture of prescription medicines directly into the bladder to assist numb it.

This involves typically 6-8 weekly treatments as well as required follow-ups. Nerve stimulation could also be an option.

According to a gastroenterologist at NYU Langone Health, it can be difficult to determine whether your pelvic pain is related to your gut or the reproductive system. This is because some parts of the colon are close to the pelvic region.

However, if the pain is followed by gas, bouts of constipation, bloating, mucus in the feces, or diarrhea, you could be having irritable bowel syndrome (IBS). IBS is the most popular gastrointestinal disorder on the planet, and it is one of the top pelvic pain causes. About 10-15 percent of people experience the issue and the figures are twice in females.

To treat the condition, visit a gastroenterologist. This doctor will carry out tests to rule out other diseases like celiac before suggesting first-line treatment for IBS. The treatment can include dietary tweaks such as minimizing consumption of possible trigger foods like gluten and dairy.

Also, you could try consuming probiotic foods to promote the growth of healthy bacteria in the gut. Additionally, you can obtain over-counter-drugs such as Align and Culturelle. 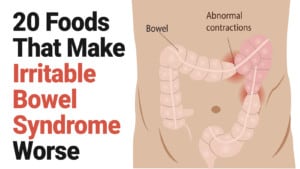 There is also a two-week treatment with Xifaxan, which is an antibiotic that was approved by the FDA in 2015 for the treatment of this condition. Prescription of antispasmodic medications like Viberzi can also assist.

Another one of the main pelvic pain causes is endometriosis. In this condition, the tissue lining the inside of the uterus, referred to as the endometrium, goes outside the uterus. The pain varies from mild to intense and is often linked to menstruation.

The pain can begin some days in advance and continue through the period but can happen at any moment. The condition can also lead to pain during a bowel movement or sex. It impacts about 10 percent of all females of reproductive age, but it is unfortunately underdiagnosed.

It may take between 5 and 20 years to achieve the proper diagnosis. In case the pelvic pain is accompanied by very heavy periods, and it happens you are urinating a lot and constipation is rampant, it could be something else like fibroids. Fibroids can be a sign of tumors in the uterus.

Fibroids are very common such that 80 percent of black females and 70 percent of white females get the condition by the time they are 50. In most of the cases, fibroids fail to trigger symptoms.

The initial step in the treatment of endometriosis or fibroids is the use of a hormonal birth control method like Mirena IUD or the pill. In case the pain is excruciating, and the doctor concludes endometriosis, you will be recommended a laparoscopy. Here, a professional gynecological surgeon checks inside the abdomen and takes out the endometrial tissue.

This is done to confirm the diagnosis and treat the condition. In the case of fibroids, embolization is done, whereby tiny particles are injected into arteries of the uterus to prevent blood flow, which causes the fibroids to die. Surgical procedures can also be carried out.

Some STIs like chlamydia and gonorrhea also result in pelvic pain. The CDC (Centers for Disease Control and Prevention) estimates that about 2.86 million chlamydia infections take place in the US annually. In addition to pelvis pain, other symptoms include discharge from the penis and inflammation in the urethra.

Chlamydia can also infect the anus or rectum, possibly making it painful too. A condition referred to as lymphogranuloma venereum can be caused by various versions of the bacteria that leads to chlamydia. It may cause pelvis pain that is hard to treat.

According to the CDC, lymphogranuloma venereum can lead to outbreaks of proctitis or rectum and anus inflammation in gay men.

The CDC states that gonorrhea infects almost 820,000 individuals every year. The infection leads to discharge from the penis as well as pelvis pain. In case it impacts the rectum, it can lead to painful bowel movements or discharge from the anus.

An easy treatment for chlamydia is antibiotics, but pregnancy can be difficult if the condition remains untreated. Your physician will prescribe oral antibiotics, like doxycycline or azithromycin. Your partner also needs the treatment to safeguard you against reinfection.

The infection should be cleared in 7-14 days, and the prescription should be finished. Females who have severe chlamydia might need hospitalization, pain medication, and intravenous antibiotics. Individuals with the condition should keep away from sex for a week while taking antibiotics to avoid infecting their partners.

In the case of gonorrhea, the physician will prescribe you ceftriaxone and doxycycline or azithromycin antibiotics. While ceftriaxone is a one-time injection, the other two are oral. But you might be prescribed the antibiotics for seven days or more if your case is severe.

Be sure to take the treatment with your partner and wait for seven days before resuming any sexual activity. You might need to revisit the doctor to test whether the infection is fully gone. If your gonorrhea has antibiotics resistance, you will be prescribed a longer dose of various antibiotics.

Pelvic pain is a prevalent problem especially in women who experience ovulation and menstrual pain once or twice per month. However, some conditions like painful bladder syndrome are not that common. Regardless of the condition that causes your pelvis pain, there is a treatment available for you.

If you ignore the pain and take pain medication, some risks are associated with particular conditions. In the case of chlamydia, you can have pregnancy complications if you don’t treat it. Hence, be sure to see a doctor if you feel pain in the pelvic region.