Bladder infections are the most common form of urinary tract infection (UTI), a bacterial infection of the urinary system which includes the kidneys, bladder, and urethra. Characterized by symptoms associated with urination, pain in the adjacent area, and in more severe cases fever and secondary infections, bladder infections should be taken seriously—even when symptoms are minor.

One of the first and most obvious bladder infection symptoms is often painful urination, also known as dysuria. This can manifest as a stinging sensation, a burning sensation, or more vague discomfort. It’s particularly common as a warning of bladder or urethra infection, with other forms of UTI typically manifesting in other ways.

It’s important to react to this symptom early, as mild discomfort while urinating often gives way to more intense UTI symptoms over time.

It’s not unusual to feel an urgent need to urinate, but it typically builds up over time as you put off the early sensations. When this buildup isn’t present, and instead you leap immediately to an urgent need to urinate, that’s often a warning symptom of a UTI. This can be closely associated with pain or discomfort in your bladder, and serves as a warning of a condition called interstitial cystitis, a variant of the more typical cystitis (bladder inflammation) seen as one of the common bladder infection symptoms.

Tenderness in your lower abdomen can be indicative of a UTI, especially in combination with other symptoms of a urinary tract infection. This can result from simple inflammation of the surrounding tissues due to the infection, pressure from swollen tissues placing extra pressure on your pelvis or other structures of the body, or simply due to excessive tension and urination over a period of time. This tenderness usually compounds the discomfort or pain of urinating with a UTI, and can warrant speedier treatment methods as a result.

While it’s a symptom more common with UTIs effecting the kidneys and other portions of your upper urinary tract, bladder infections can nonetheless result in lower back pain. If you’re experiencing lower back pain in combination with other symptoms of a UTI, it’s often a sign of a serious infection which has had time to spread throughout your urinary tract. It can also simply be a result of the same inflammation and strain problems which cause tenderness in the lower abdomen.

Another classic symptom of a bladder infection, or indeed any UTI, is frequent urination. If you’re urinating more than eight times a day, there’s a good chance there is a problem underlying your need to urinate. All the more so if your frequent urination is caused by the sensation that you haven’t quite finished eliminating, that there’s something still in your bladder even though nothing more is coming out. This sensation in particular is strongly associated with bladder infections rather than urethral infections or infections further up your urinary tract.

Bloody urine can be one of the more frightening bladder infection symptoms, but under most circumstances it shouldn’t send you into a panic. Blood in urine comes in a huge number of permutations, so it’s important to identify the ‘type’ of bloody urine you’re experiencing so you can decide whether it’s time for a trip to the supermarket, the doctor, or the hospital.

Cloudy urine can be one of the earlier bladder infection symptoms, though many people only notice this symptom when they already suspect an infection and start paying closer attention. Urine can become cloudy due to the presence of any number of added substances, including pus, blood, proteins, and crystalline substances. Each of these in turn can arise due to a wide variety of conditions, including but not limited to bladder infections.

If your urine starts to smell more intense or unpleasant than usual, it can be a warning sign of a UTI as well. Of course, there are other reasons to present this symptom, many of them simply a result of your diet, so look for other symptoms of a UTI before you jump to conclusions based purely on smell.

As with any infection, a UTI can present with fever as your body attempts to fight it off. The nature of UTIs means that this usually only occurs with more serious infections, however, so if you suspect a fever is stemming from an infection in your urinary tract it’s recommended you seek professional care, especially if it’s lasted for more than a few days and isn’t showing signs of improvement.

Alongside fever as a rare symptom often indicative of more serious infections, nausea sometimes indicates a UTI which has spread to the kidneys or even other portions of the body. Individuals with gentler stomachs may experience nausea even with milder infections for many of the same reasons you may experience abdominal tenderness; inflammation, pressure from swollen tissues, etc.

Nausea may also arise as a secondary symptom should you change your eating and drinking habits in response to a bladder infection, i.e. by avoiding liquids to prevent uncomfortable urination. Make sure you’re maintaining appropriate dietary habits even while sick, to avoid complications.

Up your water intake

Whether you’re dealing with a current UTI or just trying to prevent the next one, you should look first to your water intake. The simplest, most effective solution to UTIs of all sorts is fixing your water intake at a reasonably high level. Of course, some people already drink plenty of water and get UTIs nonetheless, but the majority of those who experience a UTI will find they need to drink more.

This is due to the relationships between urine concentration and UTIs, urinary frequency and UTIs, and general immune system health and UTIs. Thin out your urine, go more often, and keep your immune system functioning optimally.

Many bladder infections and other UTIs stem from a simple problem of holding it in. When you hold it in, you not only stress your body, you give any bacteria in your bladder or urethra more time to multiply and settle in as an infection. It’s far, far more difficult for bacteria to adhere to the urinary tract if you’re flushing the pipes on a regular basis. This makes it key to both prevention of infections and clearing out existing infections.

This is another reason you want to make sure you’re drinking plenty of water; without enough hydration, you may urinate infrequently enough to cause problems even if you don’t hold it in.

Much of the pain and symptoms associated with a UTI stem from inflammation of the surrounding tissues, so for minor UTIs which you expect to clear up on their own or with a bit of home remedy, over-the-counter anti-inflammatory drugs, foods, or supplements can work wonders. Furthermore, inflammation and stress from pain both serve to inhibit immune function, slowing your recovery.

While heat alone will rarely cause your UTI to heal itself, it can assist with the pains and discomforts of a bladder infection while encouraging a more rapid recovery. A heating pad set at a low to moderate temperature can relieve pain from inflammation, encourage reduced inflammation, and assist blood flow with benefits to immune function. Be careful not to burn yourself with high temperatures or lengthy sessions.

While vitamin C has a reputation as a cure for any number of illnesses, a true mechanism of action for assisting in UTIs make this condition one for which it is uniquely suitable. Large doses of vitamin C serve to acidify your urine and interact with nitrites in the urine, making it an inhospitable environment to the various bacteria which cause your infections. This may not cure existing infections if they’re severe enough, but it will limit growth to prevent worsening of your condition or the development of additional infections in the future.

Cranberry juice contains a number of substances associated with recovery from and prevention of UTIs. While it’s easiest to simply drink cranberry juice regularly, you could also consider finding these compounds in supplement forms such as cranberry extract or or d-mannose, a type of sugar found in cranberries.

Cranberry extracts in particular are believed to act to prevent the adherence of bacteria to the urinary tract, while d-mannose has shown efficiency in studies in both preventing and treating bladder infection.

Bolstering your immune system through the addition of probiotics to your diet via foods or supplements can quickly eradicate minor UTIs, improve your resistance to future infections, and ease symptoms while you wait for other treatments to work. 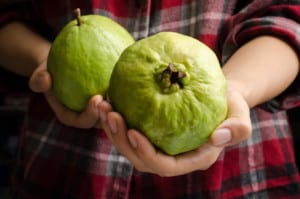 For mild cases of bladder infection stemming from bacteria travelling through the urethra, simply improving hygiene often allows your body to resolve the infection on its own. Notable hygiene issues associated with UTIs of all sorts include wiping back to front and failure to urinate after sexual activity. General cleanliness and special attention to these areas will minimize the amount of bacteria which can travel through your urethra and start infections.

The antimicrobial properties of garlic make it a useful supplement in the treatment and prevention of any number of infections, including blocking the growth of the bacteria associated with UTIs. In addition to this direct benefit in managing the root cause of a UTI, garlic extract is noted for its value in treating inflammation, which means it can serve to reduce the pain associated with your infection while you wait for it to resolve.