The bladder is connected to the kidneys through two long tubes called ureters and is capable of holding 16 to 24 ounces of fluid. The “urge” to urinate is felt when the bladder is about 25 percent full. 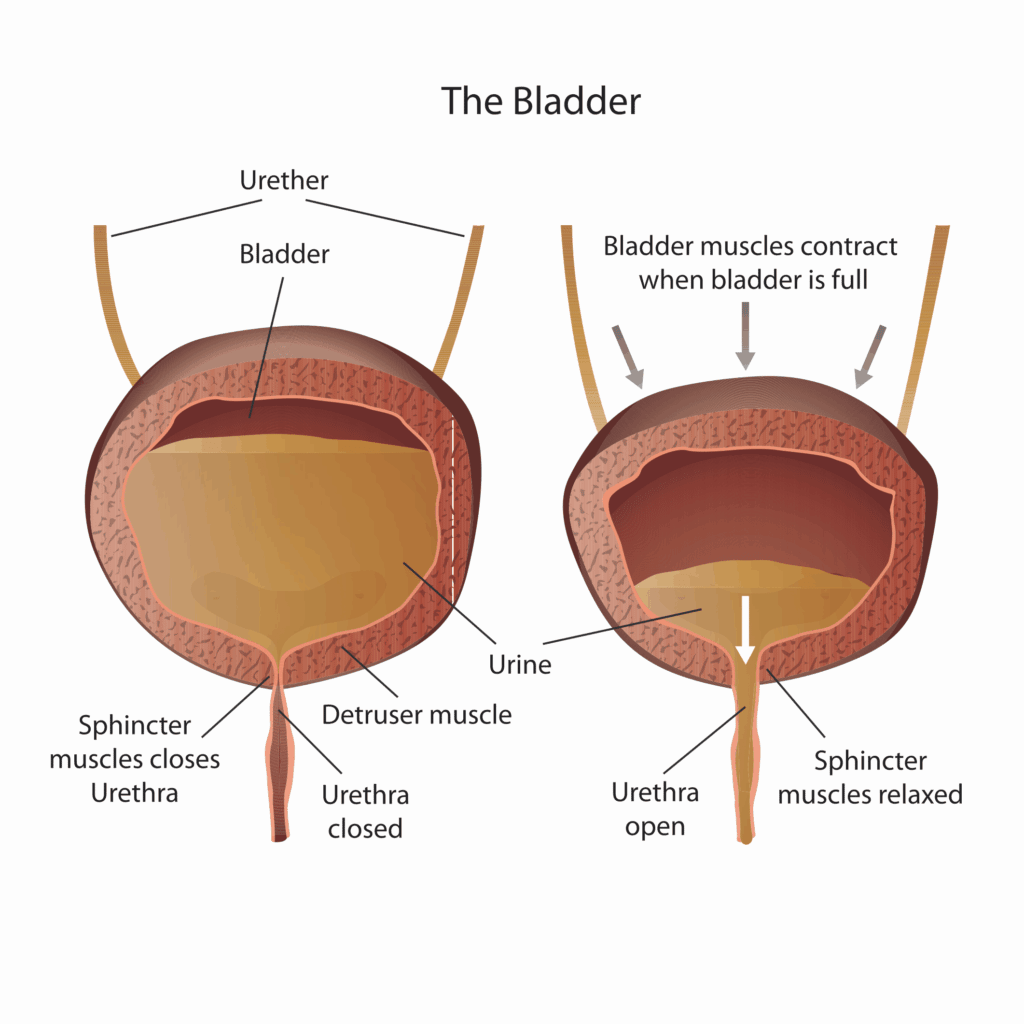 The bladder, despite widespread perception, is a highly complex organ. Consisting of four separate layers – made up of connective tissue, blood vessels, fibrous tissue, and muscle – the most commonly-cited problems involve the frequent urge to urinate and involuntary urine leakage.

An overactive bladder is another common disorder and isstems from wide range of conditions, including constipation, excess caffeine usage, and other causes. Urine leakage may be caused by bladder spasms or stress.

Bladder cancer affects around 580,000 people in the United States, according to the National Cancer Institute. Cancer of the bladder primarily affects older adults.

Sometimes we have no choice but to hold urine, but it’s probably not good for bladder health.

Here are a few reasons why:

A healthy bladder can hold one and a half to two cups (300-400 milliliters) of urine during the day and about four cups (800 milliliters) at night. It is normal to pass urine five or six times a day if you drink between 6-8 glasses of fluid. ~ Continence Foundation of Australia

When we make a habit of holding urine too long, it inevitably puts pressure on the kidneys. If you’re a female, your chance of developing a UTI is as high as 50 percent. Women are at a higher risk of a UTI because they have shorter urethras, which need only to travel a short distance to the bladder.

Now, holding urine is not the direct cause of UTI. But if we habitually delay emptying the bladder, the risk of infection increases. Symptoms of UTI include mild fever, cloudy or bloody urine, and an urge to urinate.

Holding your urine may irritate the bladder’s lining, a condition known as interstitial cystitis. While many health experts aren’t for sure that delaying urination is the cause, some doctors believe it increases the risk of developing IC.

Symptoms of IC include a painful pelvis and frequent urination.

3. Disturbances of the urine response

The bladder is responsible for signaling to the brain that it’s time to answer nature’s call. When we continuously delay urination, this automatic feedback mechanism that sends the signal may become faulty.

As a result, though our bladder is reaching its maximum throughput, the brain doesn’t correctly register and translate the bladder’s signal.

Which leads to this:

Hey, it happens more often than you think. If our brain doesn’t recognize a stimulus, we aren’t consciously aware of what we need to do. Namely, go to the bathroom.

Or, make headway to the bathroom in enough time to take care of business.

Lauren Streicher, M.D. and OB/GYN, says “As your bladder gets fuller and fuller, there’s a good chance you aren’t going to make it to the bathroom on time.”

Holding for a short period is okay

“Holding your urine for a short period of time, usually up to one hour, is typically okay.” Said Ramin. “However protracted and repeated holding of urine may cause over-expansion of bladder capacity, transmission of excess pressure into the kidneys, and the inability to completely empty the bladder. These problems, in turn, may lead to UTI [urinary tract infection], cystitis and deterioration of kidney function.”

Dr. Michael Robinette, a urologist at Toronto General Hospital, says there are several ways to determine a healthy urine color.

We should aim for seven to eight 16-ounce glasses of water daily. An excellent piece of advice: make sure there’s a water bottle within arm’s reach. If you haven’t already, consider buying a separate water bottle for every place you spend a considerable amount of time, e.g., your workplace.