For years, the benefits associated with taking aspirin every day were widely praised by physicians.

And this sentiment was even backed by several well-regarded studies, including one that was published in Lancet, one of the world’s oldest weekly peer-reviewed general medical journals. The study revealed that a daily dose of 75 mg to 100 mg of aspirin helped individuals weighing between 110 and 153 pounds lower their chances of suffering a heart attack or stroke.

Does this sound like a reason to rejoice? Not so quick. The same study also noted a downside. This same aspirin regimen had little to no effect on individuals who weighed over 154 pounds.

So a daily aspirin regimen can protect some individuals against a heart attack or stroke. However, it might do more harm than good for others. This is one of the reasons why, in 2014, the Food and Drug Administration (FDA) outright refused a request from Bayer AG, one of the world’s largest pharmaceutical companies, to market aspirin as a means of preventing strokes and heart attacks. In the minds of the FDA, the risk of internal bleeding when taken excessively outweighed the usefulness.

The Potential Downside of Following a Daily Aspirin Regimen

Although the FDA chose not to officially endorse aspirin as a way to reduce the risk of suffering a heart attack or stroke, it doesn’t mean that the medication is the void of therapeutic value in this regard. Instead, individuals should speak with their physicians before taking it upon themselves to start a low or even high-dose daily aspirin regimen.

After all, in addition to being an over-the-counter pain reliever, aspirin is also a blood thinner. And this means that the more you take it, the higher your chances are of experiencing internal bleeding. Of course, it should be noted that the dangers of a daily aspirin regimen do not end there.

Similar to ibuprofen, naproxen, and other nonsteroidal anti-inflammatory drugs, taking too much aspirin can lead to the development of peptic ulcers. What are peptic ulcers? They are sores that can form in the mucosal lining of the esophagus, stomach, and the small intestines.

How Does Taking Too Much Aspirin Lead to Internal Bleeding?

All of the things that make aspirin a go-to for preventing strokes and heart attacks are the same ones that can potentially trigger internal bleeding. Over time, the medicine starts to interfere with the blood’s ability to form clots. When this happens, the risk of excessive bleeding in the stomach, brain, and even within the blood vessels can increase significantly, especially among those who take the medication daily. To further put this into perspective, we need only take a look at a study published by Reuters, an international news organization headquartered in the United Kingdom.

According to researchers and scientists involved in the study, which was comprised of more than 164,000 adults, those who took aspirin to reduce the risk of suffering a heart attack or stroke were 0.47 percent more like to experience severe internal bleeding. Of course, there is also some good news worth mentioning. The study participants who were already diagnosed with cardiovascular disease and took it daily reduced their chances of suffering a stroke or heart attack by 0.38 percent.

How Does Taking Too Much Aspirin Lead to Peptic Ulcers?

Now we are a little more familiar with how taking excessive amounts of this OTC tablet links to internal bleeding. So let’s take a look at how too much of the medication can also give way to peptic ulcers. According to a study published by the National Institutes of Health, taking too much nonsteroidal anti-inflammatory medicine is the second most common cause of peptic ulcers behind Helicobacter pylori, a type of bacteria known to trigger fatigue, bloating, nausea, vomiting, and abdominal pain.

When taken excessively, especially at high doses, these tablets can make it difficult for the stomach to protect itself against gastric acids. Although a certain amount of these acids are needed to support good digestive health, too much can lead to ruptured capillary blood vessels and bleeding in the stomach. If left untreated, this bleeding can eventually give way to open, ulcerative sores in the mucosal lining of the stomach, a condition commonly referred to as peptic ulcers. So while a daily dosing regiment might keep heart attacks and strokes at bay, it could also invite serious stomach problems. 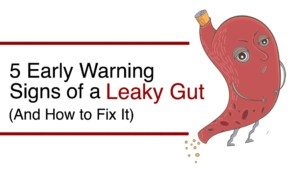 Who Is Most Likely to Develop Peptic Ulcers?

The risk of developing peptic ulcers is high for anyone consuming excessive amounts of acetaminophen, according to most physicians. However, some individuals are more susceptible to this medical condition than others. According to a study published by the National Institutes of Health, individuals who consume aspirin excessively and meet any of the following criteria have an above-average chance of developing peptic ulcers:

While other factors can increase an individual’s chances of developing peptic ulcers, those listed in this article are among the most common.

Who Is Most Likely to Experience Internal Bleeding?

Similar to peptic ulcers, the risk of internal bleeding caused by excessive OTC pain reliever consumption is higher for some individuals than others. That being said, common factors that can increase one’s chances of experiencing internal bleeding include

As with peptic ulcers, other factors can increase an individual’s chances of experiencing internal bleeding as a result of taking excessive amounts of aspirin. However, those detailed in this article are among the most common.

Liver Damage and Other Over the Counter Pain Relievers

Taking an excessive amount of any over the counter pain relief (aspirin, acetaminophen, etc.) links to toxic hepatitis, a clinical term used to describe inflammation of the liver. Toxic hepatitis not only causes permanent scarring of liver tissue but also increases the risk of liver failure. Some of the most common symptoms associated with toxic hepatitis include the following:

If your goal is to lower your chances of developing cardiovascular disease, making a few lifestyle changes can help. Some of these changes include

So how do you manage pain and decrease odds of cardiovascular disease naturally?  You’ll find some very effective natural remedies listed below.

Along with helping to ease feelings of anxiety, essential oils, such as rosemary, peppermint, eucalyptus, and lavender, for example, contain anti-inflammatory properties that can resolve mild to moderate pain.

Diffuse your favorite oils in a warmer. Or, mix them with a carrier oil and massage them into your skin for a bit of relief you can take with you.

For years, capsaicin has been a go-to for individuals seeking a natural way to ease painful arthritic symptoms. When applied topically, capsaicin works by tamping down pain in the nociceptor fibers of the skin and other tissues.

For those who are not averse to needles, acupuncture is yet another way to get rid of pain naturally. According to a study published by the National Center for Complementary and Integrative Health, this all-natural alternative to acetaminophen can help resolve the following: