If you have heart disease, we assure you that you are not alone. According to a study published by Science Daily, an online resource covering topics related to science, health, the environment, and technology, more than 48 percent of all adults in America have some form of heart disease. Also called cardiovascular disease, heart disease is an umbrella term used to describe any number of conditions. But, they have one thing in common– each adversely affects one’s cardiovascular health.

Research shared by the CDC (Centers for Disease Control and Prevention), reveals a sad truth. And that is the news that cardiac conditions are the leading cause of death in both men and women alike. To be precise, it is responsible for more than 600,000 deaths in the United States every year. So, let’s take a closer look at the root of cardiac ailments, symptoms associated with the medical condition, and available treatments.

While most people will agree that a cardiac condition is a serious medical emergency, very few people know what causes it. So, if you’re among those few, you’re encouraged to read on. One of the most important things to note when it comes to heart diseases is that the causes can vary depending on the type of the illness in question. In most cases, however, plaque is one of the primary contributors to each of these disorders. In nearly all cases involving heart disease, plaque builds up in the arteries and causes them to become narrow. Then, it reduces blood flow.

Plaque build-up generally occurs when calcium, cholesterol, and other materials accumulate on the artery walls. If left untreated, plaque can break away from the artery walls, which not only causes blood clots but also increases your risk of suffering a cardiac arrest. Additional complications that stem from cardiac disorders include:

This serious medical condition is characterized by a bulge in a weakened area of the artery wall that could potentially rupture and cause life-threatening internal bleeding.

This is a complication which occurs when the arteries to the brain become either narrowed or blocked, which can damage brain tissue.

Typically a byproduct of an arrhythmia, sudden cardiac arrest is characterized by the sudden loss of heart function, breathing, and consciousness. If not treated promptly, this serious medical condition can lead to cardiac death.

Often caused by atherosclerosis, peripheral artery disease is the result of poor blood circulation and plaque build-up inside of the artery walls. This serious medical condition is generally characterized by leg pain, particularly while walking.

Now that we have a better understanding of the complications associated with heart disease, let’s take a look at risk factors for developing a cardiac disorder:

If your cholesterol, which is the waxy substance found in your blood, is too high, it can lead to plaque build-up and atherosclerosis.

Like high cholesterol, hypertension can also lead to cardiac disease as the condition can arteries to harden and thicken, which, in turn, narrows blood vessels and impedes blood flow.

Diabetes is yet another medical condition that can increase one’s risk of developing heart disease, especially since the risk factors for both conditions are the same, namely obesity and hypertension.

In addition to placing a tremendous strain on your joints, excessive weight can also trigger heart disease.

A lack of exercise is the primary contributor to a wide range of heart diseases, not to mention diabetes and certain cancers.

Along with a sedentary lifestyle, a poor diet that is high in salt, fat, sugar, and cholesterol can lead to a variety of different heart diseases.

If you smoke, you have yet another reason to consider quitting. Studies show that the nicotine content in the average cigarette can narrow blood vessels. As you know, that can lead to a heart attack. Beyond that, the nicotine in cigarettes can produce enough carbon monoxide to damage the inner lining of blood vessels, which can lead to atherosclerosis.

Managing stress is one of the best ways to improve your health and to keep heart disease at bay. Studies show that high levels of stress can damage arteries and may also lead other forms of heart disease.

Of course, poor hygiene is not usually thought to contribute to cardiac wellness. However, evidence shows that a lack of handwashing can lead to the spread of viral and bacterial infections. Thus, those can increase one’s risk of developing heart infections and other health problems.

It is important to note that individuals who have been diagnosed with cancer are at a high risk of developing heart disease. That said, the increased risk has more to do with the cancer treatments than the disease itself. According to the National Institute of Health, certain chemotherapy drugs and radiation therapies can increase the risk of developing one of these disorders.

Now that we have a better understanding of cardiac ailments in general, let’s take a look at some specific forms of the conditions and the symptoms associated with them. After all, cardiac conditions cause a variety of symptoms. Additionally, those symptoms can vary depending on the nature of the disease.

A heart arrhythmia is a cardiac ailment that disrupts the rhythm of the heart and occurs when the electrical impulses that regulate the heartbeat fail to work correctly. In these cases, the heart will either beat too slowly or too rapidly. Some of the most common risk factors for arrhythmias include

Symptoms of heart arrhythmias include

Recognized as one of the most common forms of the disease, coronary artery disease is linked to atherosclerosis, which can cause arteries to constrict and become hardened. The most common risk factors for this form of heart disease include

Heart valve disease is a condition that occurs when any one of the valves is unable to open fully. This condition usually arises as the byproduct of stiff or fused leaflets that allow blood to move through the heart as it beats. The most common risk factors for heart valve disease include:

The most common symptoms of heart valve disease include 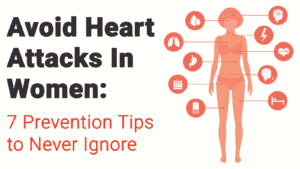 Vascular disease is a term used to describe a blockage in the coronary arteries. Because those are the arteries responsible for carrying blood in and out of the cardiac muscle, it’s a severe situation. Some of the risk factors for this form of heart disease include:

The most common symptoms of vascular disease include

Pericardial disease is a condition that inflames the pericardium, which is the thin tissue sac that surrounds the heart. Some of the risk factors for this form of heart disease include

The most common symptoms of pericardial disease include

While all forms of heart disease are serious, heart failure and heart attacks are especially serious and can have devastating consequences if not quickly remediated. In addition, cardiac diseases causes and symptoms can vary widely. As such, treatments can also vary depending on the specific type of heart disease.

More often than not, cardiac disease can be resolved by making a few lifestyle changes like eating a healthy, well-balanced diet, quitting smoking, exercising, and limiting your alcohol consumption. In some cases, however, prescription medication may be needed. Additionally, in cases where the heart is significantly damaged, surgical procedures like coronary artery bypass grafting, for example, may be needed.

In summary, heart diseases causes are plentiful, complex, and very serious. Thus, if you experience any of the symptoms detailed in this article, schedule an appointment with a physician or cardiologist today.