Bitter people are hard to live with; they lash out at everyone around them. People wonder how to spot bitterness. So, what are ten behaviors that reveal a bitter person? And how do you cope with them?

It’s easy to spot a bitter person once you learn their tell-tale poor behaviors.

10 Red Flags of A Negative and Bitter Person

Bitter people feel cheated by life. Even if they have a great experience, they won’t express gratitude. The glass is always half-empty. They will not express thanks for their family or friends, their home, or their job because there’s still something wrong with each of these things. Something or someone has disappointed them, and that looms larger than their blessings.

How to cope with an ungrateful person:

Remember, this person isn’t a terrible person. Instead, they feel overloaded with emotions they can’t unravel. Kindness and patience will make them feel like you are a real friend. 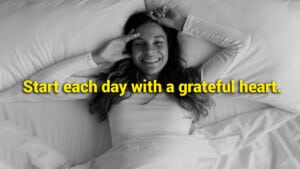 Cynicism is mistrust and suspicion. You can’t make a bitter person happy. In their eyes, you’ll  fall short in doing what they “expected.” They will say something like, “I’m not surprised; it’s what people always do to me.” They’re like a dark cloud on a sunny day. Their cynicism overshadows everything they do and say.

How to cope with the cynic in your life:

It’s normal for you to have a misunderstanding with someone, but you can work it out and then let it go. You don’t hold grudges. Even if you can’t agree on a solution, you’ll let it go since you don’t want to spend your time or energy holding on to a grudge. But bitter people can’t let go of things. They become obsessed with their grudges and the people who have wronged them.

How to cope with resentful feelings of others:

Don’t agree with their assessment of other people. If they want to vent their anger, tell them you disagree in a kind but firm voice.  Show them you aren’t entering into their bitterness trap.

Bitter people are jealous of others who they perceive are getting what they deserve.

Bitterness influences a person’s perception. They become jealous when their friends or co-workers talk about a recent success, a new home, or their promotion. They can’t stand it that others receive things they want or think they should have.

It’s not a good idea to share personal things with a bitter person. Their jealousy will turn into gossiping about you to others, putting you in a bad light. Keep your conversations shallow and upbeat. 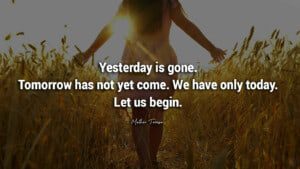 5 – They are vocal about their bitterness

Bitter people aren’t private about their anger. They let everyone know that their life is unfair. They’re looking for someone to agree with them so they can justify their feelings. Their bitterness spills out onto others, like acid tainting anyone’s good mood. Working with a bitter person is exhausting because they suck all the life out of you by continually complaining and bemoaning their lot in life.

Don’t get dragged into their bitterness rant. If the person has become more of a friend to you when you are alone with them, bring up to them how they sound, their propensity to be angry and bitter. It could be that no one has ever pointed this out to them and shared it humanely.

A bitter person blames others for their circumstances rather than accept responsibility. They will set themselves up as the “ideal worker” or “ideal parent.”

Others will be the ones who have caused problems at work or ruined their kids, but not the bitter person.

They have no responsibility because they feel like the victim. Indeed, they are the sufferer (in their minds). Also, this person won’t take responsibility for their angry, bitter emotions. They justify their blame-shifting with abusive language.

They’ll say things like, “I wouldn’t have to do this if she did her job!” or “She made me so mad I could have hit her.”

One study found that people who blame shift want to save face, to conceal their role.

How to cope with a person who refuses to accept accountability:

Refuse to accept the blame, stand your ground in an emphatic voice and manner. Don’t get dragged into their blame-shifting of others either.

Bitter people always find something to complain about. Something or someone annoys them. Nothing is ever right in their life. They’ll complain about people at work, their family and people at stores.

In their minds, their co-workers aren’t doing their jobs, and their kids aren’t working hard enough at school, and clerks at the store aren’t competent. Irritation and annoyance is a daily emotion for a bitter person.

You’ll notice what triggers a bitter person’s annoyance and irritation. You may need to avoid doing things that irritate them within reason. Some people can’t stand being joked with or teasing. But don’t be afraid of a bitter person, but if you know something pushes their buttons, try to refrain from doing it.

Be ready for a backlash if you try to cheer up a bitter person. Angry people find cheerful, positive people irritating. Your positivity casts a light on their anger and resentment. They don’t want to own these emotions so they will react.

They’ll ignore you or spew gossip about you to others. You’ve trod on their bitter turf, and they don’t like it. They may gossip about you to feel better about themselves. Angry people want to squash your happiness. It’s a form of manipulation to get you to be like them.

A bitter person needs to see that not everyone is like them. They need someone to stand up to them. Even if they don’t like cheerfulness or positivity, it is affecting them. Be positive, and don’t feel bad about it. Your identity isn’t in the bitter person’s opinion of you. Let it roll off your shoulders if they don’t like you or gossip about you. They’re miserable, but you don’t need to be.

Bitter people find it hard to tell someone they’re doing a good job unless they seek approval. They have moments of being sweet to people they want to impress. They will often go out of their way to acknowledge a boss. But people they see as less important are worthless to them, so they will rarely admit good work or accomplishments.

How to cope with someone who cannot (or will not) celebrate your victories:

Don’t try to balance out your bitter friend’s destructive emotions. If you have a good relationship, point out your angry friend’s lack of congratulation or being happy for others. Often, they don’t realize how they come across because no one has ventured into their bitterness to point out the truth to them.

A bitter person’s irritations and anger display hostility. They make generalizations about people and situations, lumping everyone together. They carry prejudices, judge others, and cast themselves in an excellent light.

Studies show that such anger and hostility that a bitter person holds can affect their health. Doctors found those who are anger and aggressiveness could cause heart problems, diabetes, car accidents, or bulimia.

How to cope with people who make inaccurate assumptions:

Be emphatic without being drawn in. When they try to lump you into their generalization, gently point out you’re not that way. Be light-hearted with them, even joking in a self-deprecating way. If they drop their guard and show some vulnerability to you, share your concern for their health. Tell them they need help to control their anger because it’ll destroy them. 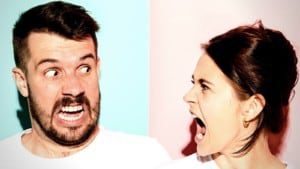 Final Thoughts on Identifying and Dealing with a Bitter Person

It’s hard to deal with a bitter person. You don’t want to be around them because their bitterness overshadows goodness in the day. They’re often blinded to their own emotions; maybe they’ve experienced deep hurt in their lives and are angry about it.

Strangely, bitter people often attract cheerful people who want to help them. It’s not easy to be emphatic toward an angry person. Their bitterness is contagious. But you can be emphatic without agreeing with them.

Stand your ground, but show them kindness. It may feel like you’re hugging a cactus because of its angry barbs at you. Stay positive and find ways to have more in-depth conversations with them when they see you are their friend. Share your concerns for them, and point out things they say and do that hurt them.

Be careful. Bitterness is contagious. Don’t get bitten by their venom, so you’re drawn into becoming a bitter person yourself.