You can find countless studies nowadays on the numerous benefits of meditation. From the workplace to schools to yoga studios, meditation is taking over the globe and transforming people’s lives. In our fast-paced world, we all need a break from time to time. Fortunately, that’s exactly what meditation is–a reprieve from the constant chaos — a solace from the barrage of stimuli affecting our minds, bodies, and spirits.

“Quiet the mind, and the soul will speak.” – Ma Jaya Sati Bhagavati

During meditation, one learns to identify less with the mind and more with the soul. It provides a way to tap into the collective consciousness instead of the logical mind. Meditation is a practice of releasing attachment to the ego and creating a path to the soul. In our busy lives, we can easily forget who we are and why we’re here. When we come to this planet, we embody love and peace. We unlearn this natural state due to social and societal conditioning. So in a way, meditation gives us a path back to ourselves.

Meditation can also help you identify less with your emotions. It helps you to feel them and release them instead of burying or holding onto your feelings. Below, we’ll go over five ways in which meditation can help you become a master over your emotions instead of allowing them to master you. 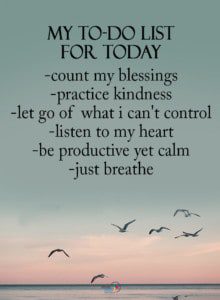 Here are five ways meditation can help you control your emotions:

When our emotions control us instead of us controlling them, we tend to respond more negatively to stress. Little things like getting cut off in traffic or getting reprimanded by our boss can set us off. However, meditation can help combat this by lowering our heart rate and helping us control our reactions to things. Instead of reacting, we will learn to respond. Meditation gives us the space we need to become less attached to our ego, which desires to be right at all costs.

Meditation can help us to respond in a more loving, less combative way. If someone cuts us off, we can brush it off instead of trying to race that person on the freeway to prove a point. We can take a couple of breaths before responding to our boss instead of becoming defensive to protect our ego.

In this study from Stanford University, an eight-week mindfulness meditation course showed increased activity in areas of the prefrontal cortex that help regulate emotions, thus reducing stress. Another five-year study asked 201 patients with coronary heart disease to do transcendental meditation, which is where you repeat a sound or mantra in your head, for 15 minutes per day. The meditators had a reduced risk of heart disease, stroke, and death by 48%. They also had lower blood pressure and stress levels.

While at first meditation feels like another chore on your list, it quickly becomes an enjoyable activity. It provides solace from a busy, hectic life, and a chance to tune out the world and tune into yourself. By quietly sitting and focusing on one’s breath, one moves from a state of reacting to a state of relaxing.

Thoughts don’t seem as important or demanding when we have a chance to examine them by slowing our breathing and becoming still. In a world that seems to discourage slowing down, we must take our power back by giving that right to ourselves. Even if you have five or ten minutes at the end of the day, this can help you slow your mind down and become less attached to fleeting emotions. 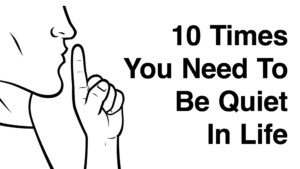 3 – Meditation helps you become aware of your feelings.

Most of our emotions run on autopilot throughout the day, meaning we don’t even notice them. We may wake up, rush to make coffee, and take a quick shower before heading out the door. Our morning routine sets the stage for the rest of our day, so taking a few moments to check in with our emotions can make a world of difference.

Instead of rushing around in the morning, which activates our fight-or-flight response and gets the cortisol pumping, why not meditate and set your intentions for the day? Believe it or not, we get to control how our day will go based on our thoughts and intentions. Of course, we can’t control everything that will happen, such as traffic on the way to work or an angry coworker, but we can choose how to respond. Responding favorably becomes more manageable when we can take time in the morning to quiet our minds and open our hearts.

As we stated above, meditation helps us become less reactive. If we get irritated by every rub, how can we ever become polished? This control is what meditation teaches you to do – become more aware of yourself and your emotions so you can live life in a more peaceful, balanced way.

Researchers divided people into three groups: experienced meditators, novice meditators, and non-meditators. They had the participants perform a task where they had to pair images with a reward. However, not all photos had the same probability of being a reward – some pictures had an 80% chance of success, while other images had a 20% chance of success. The participants were tasked with choosing images with the highest probability of success.

This might be because humans are wired to have a negativity bias. When we lived closer to nature, our brains prime us to look for threats. Unfortunately, this instinct carries over into our modern lives today. The brain can’t easily distinguish between real and perceived threats, but meditation can help us overcome this negativity bias by helping us become more aware of our emotions.

Also, our brains may focus more on what is wrong in our lives rather than what is right so that we can fix whatever problems we may face. There’s nothing inherently wrong with this. However, fixating on our problems can cause us to see issues where none exist. Meditators seem to be immune to negativity bias by choosing images with more positive outcomes.

Researchers also connected participants to an EEG to measure electrical activity in the brain while they were choosing images. By doing this, they could measure the participants’ reactions to both positive and negative feedback.