Arianna Huffington. Elon Musk. Jeff Bezos. Warren Buffet. Oprah Winfrey. What does every name on this list have in common? (Besides being filthy rich? *sigh*) They are all famously productive people. They make the most out of their day. Every day.

And they didn’t need some so-called “productivity guru” to tell them what to do.

The productivity movement has gotten out of control. Seriously. With such an onslaught of information available, no wonder people get overwhelmed before they even begin.

Learning to be productive isn’t brain surgery. You don’t need twenty books and a phone full of apps. You merely need a common-sense approach and a bit of self-discipline.

(How much sense does it make to spend precious downtime reading a book on how to be productive? Doesn’t that kind of defeat the purpose?)

Becoming productive constitutes making the most out of a limited resource – time. In one sentence: Productivity is all about time management. If you can create a schedule and stick to it, you can be productive. Predictably, people get stuck with managing time.

This writer is of the thinking that we should model behaviors of the traits we seek to acquire. In the context of the article, this means understanding what famously productive people do and then doing it.

Without further ado, let’s look at three excellent habits of the famously productive!

“The secret to getting ahead is getting started.” – Mark Twain

“These (social media) companies offer you shiny treats in exchange for minutes of your attention and bites of your personal data, which can then be packaged up and sold.” – Cal Newport, author of Digital Minimalism: Choosing a Focused Life in a Noisy World (source)

Newsflash: You can’t be productive by wasting time on pointless activities. Public enemy number one: Your Facebook Page. Or your Instagram account, or your Twitter account. Or looking at cute cat memes, or idly browsing the internet … or checking your e-mail inbox for the umpteenth time.

The bottom line is that except work-related email and web usage, most of modern technology is one big waste of time. Now, this isn’t a problem if you have time to spare. If you’ve got an hour, a day, or a week of downtime, then go nuts. The problem is when this technology use gets in the way of getting things done.

Social media companies like Facebook make their money – nearly $56 billion in one year, alone – off of the (finite) attentional capacity of its users. Facebook, in essence, offers its users a quick dopamine injection in exchange for just a bit more of your personal data (which the company then turns around and sells.) The same can be said of Instagram and Twitter. Or cute and silly cat memes.

On the individual level, digital media usage is skyrocketing. In a 2018 study by Nielsen, a media research and analysis company, the average American adult spent nearly half of an entire day – 11 hours and 6 minutes – “watching, reading, or generally interacting with media.” Elevan hours and 6 minutes.

The writer is willing to wager that many of these folks don’t have an extra 4 hours a day to watch television. Or 2.5 hours to play on their smartphone. Or nearly 2 hours listening to the radio. Proof: many of these same people complain that they don’t have enough time.

Of course, high achievers and people who lead fulfilling lives don’t waste their precious time on mindless activities, media or otherwise. Understandably, many of these folks run businesses, build careers, and communicate with friends and family using social media and other digital tools. But they’re well aware of the rabbit hole to nowhere that is social media.

Now, should you quit using these technologies? That really is up to you. There are some practical purposes of social media, such as keeping up with family and friends. Work may also necessitate the use of social media. The same with establishing and maintaining career prospects.

Bottom line: there’s nothing innately wrong with digital entertainment. The problem arises when someone gets addicted to such things and neglects the things that deliver true fulfillment. Only you can determine if you’re wasting too much time on these things.

#2. Famously productive people do one thing at a time

“Single-tasking is a superpower. What does that mean? That means in a digital economy where distraction is a currency, if you can focus … and block out all distractions, you have a huge leg up … you’re able to do deep work.” – Tim Ferris, author of Tools of Titans (source)

Multitasking drains your brain of precious energy. It’s more stressful, less productive and, well, probably doesn’t even exist. “Task-switching” is an actual term for directing your attention to one thing and re-directing it to another thing. Here’s what the American Psychological Association (APA) has to say about the myth of multitasking:

“Psychologists who study what happens to cognition (mental processes) when people try to perform more than one task at a time have found that the mind and brain were not designed for multitasking. Psychologists liken the job to choreography or air-traffic control, noting that in these operations, as in others, mental overload can result in catastrophe.”

In this were a stage play with characters, multitasking may be the puppet and distraction would be pulling the strings. Indeed, task-switching is nothing more than the use of temporary distraction via some other task to avoid anxiety and boredom.

Instead, productive individuals use their cognitive resources more wisely by focusing upon one task up to completion – a process casually referred to as “single-tasking.” Single-tasking has three basic requirements:

The extent to which we are productive depends heavily on our environment. If you have a tempting tool like your iPhone within arm’s reach, common sense dictates that you’ll find it far more likely to multitask or distract yourself. While you’re putting away the phone, clean up anything lying around – supplies, trinkets, mugs, etc. – that aren’t pertinent to the job at hand.

If you’re not used to single-tasking, it may take some time for your brain to get used to it. There is no shame in starting with five minutes of focused work and going from there. The Pomodoro technique – 25 minutes of distraction-free work followed by a short, 5-minute break – is an excellent single-tasking productivity hack.

See that word “effective” before “breaks”? That means filling up a water bottle and getting something in your stomach, if necessary. If you have quenched your thirst and satisfied your hunger, go for a brisk walk. That sudden rush of blood oxygen will have you ready to go! Bonus points if you can make it outside! 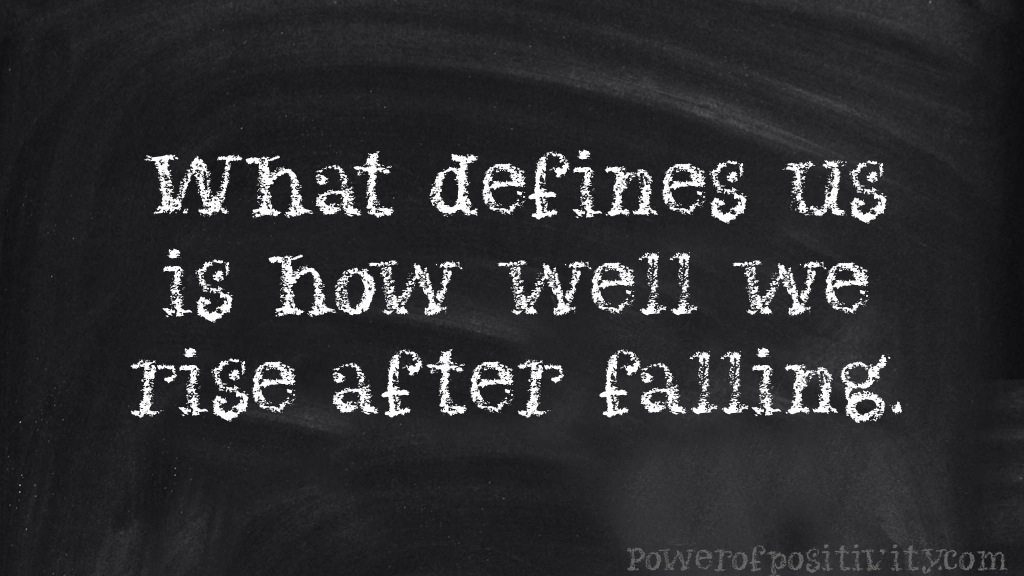 “I knew that if I failed I wouldn’t regret that, but I knew the one thing I might regret is not trying.” – Jeff Bezos, CEO, and Founder of Amazon (source)

Psychology Today defines resilience as “that ineffable quality that allows some people to be knocked down by life and come back at least as strong as before.”

Life is full of obstacles and uncertainties. But famously productive people overcome in spite of the ebb and flow of life through resilience. Now, to clarify – and this is a crucial point – resilience is not rigidity. It’s not stiffness. It’s a calm – almost “still” – demeanor capable of mindful activity.

Too often, people – especially tough-guy, macho types – discuss resilience like it’s a back-breaking grind of a concept. Well, we suppose one can approach resilience that way, but it certainly isn’t recommended, and such an approach indeed isn’t optimal. (Rule of thumb: don’t take advice from tough-looking egotists who beat their own drum.)

Again, resilience is a calm, silent demeanor that, at the same time, is flexible enough to adapt to changing circumstances. Productive people know the importance of alertness, focus, and flexibility – and both are requisites to succeed in any field of endeavor. You need resilience in an ever-changing world that offers no guarantees.

Here’s a fitting quote from the Buddha that wraps up the contents of this article nicely:

“Praise and blame, gain and loss, pleasure and sorry come and go like the wind. To be happy, rest like a giant tree in the midst of them all.”