The fewer words you use, the more effectively you communicate with your kids. It’s not unusual for children to become distracted and have short attention spans, causing anything more than a few words to be lost, no matter how hard you try to get through to them. It’s even more tricky to get a kid to listen to you when they’re exhibiting bad behavior. Most children have one-track minds, so once they’re upset or nearing a tantrum, trying to make them listen to you is nearly impossible.

That’s where good, one-line comebacks come in. For all the rocky ups and downs, a well-chosen comeback is perfect for knocking a child out of their negative thought cycle, allowing them to really think about what’s happening – and understand what you mean!

But you can’t just use absolutely any comeback. It has to be something effective that really gets through to the brain of a tiny tot. Short, sweet, and full of meaning – that’s a lot of boxes to check off! To help you out, here are some comebacks for dealing with bad behavior.

10 Comebacks For Dealing With Bad Behavior

You are an authority figure in your child’s life. As such, it makes sense for you to deliver firm and strict commands. When you sound sure of yourself and aren’t being overly polite, your child is more likely to listen to you. For example, don’t say things like:

These might sound like kind, patient ways to speak to your child – and they are! – but this is likely not the best time or place for them. Use firm language that leaves no room for discussion or arguing and your child will recognize it as your last word. For example:

Sometimes, when you’re considering approving of your child’s request, they begin to act out because they think they won’t get that approval. This can turn a potentially good, fun day into one filled with tantrums, and a headache for you!

So, when you see your kid begin to complain about not getting the “yes” they want fast enough, tell them that you want to say “yes,” but that certain things are stopping you from doing so. For example:

These types of statements encourage your children instead of discouraging them, showing them that if they do good things, help out around the house, and clean up after themselves, they’ll be able to enjoy more stuff!

This is also good because, instead of punishing bad behavior, you are using positive reinforcement for good behavior – something that science has proven works much better when teaching children (and everyone else!).

3.    Ask them to decide…is bad behavior worth it?

If your child already knows the consequences of bad behavior, the next time they start to act out, stop them with this simple phrase. By asking them if what they want is worth it, you’ll make them remember what consequences they will face for misbehaving.

This can prompt a kid to begin acting reasonably, allowing them to try and reign in their temper and irrational outbursts before they get out of hand. The more often you use this phrase, the more it works! Just make sure that they get bad consequences for bad behavior and receive positive reinforcement for good behavior.

Let’s say your child really wants to do something reckless or potentially dangerous, or something that just isn’t too good for them. Responding that your love for them is the reason you can’t allow it is sure to make them pause.

Why? Well, it’s flipping the script and showing them that you aren’t trying to take away their fun. Instead, you’re only caring for them. This can make many children view your intervention as a positive thing!

Many parents believe that they have to explain each and every detail of matters to their children, making sure they understand everything in detail. This really isn’t the case. For a lot of young kids, nuanced and complex topics just aren’t going to be comprehended, much less retained as long-term knowledge.

Sometimes, it’s okay for children not to understand things. Explaining something that your kids don’t yet possess the cognitive abilities to process is only going to waste your time and make them more confused and frustrated. Learn to tell them that they don’t need to understand everything and that they can know more when they’re older.

Children often whine and complain, and it’s difficult to teach them not to. But with just one comeback, you can encourage them to simmer down. By stating that you can’t understand what they are saying whenever they speak this way, you are telling them that unless they speak correctly, their message won’t be heard.

Of course, your kids need to have been taught how to speak politely and properly before this can work. But assuming you’ve taken these steps in the past, insisting that you don’t understand them can work wonders. Just make sure you’re consistent – refuse to listen to them at all until they stop their whining or shouting.

This will also help your kids to speak well and effectively with other people. They want to be understood, and they’ll do everything they can to make that happen!

If you’ve raised your child with intentional parenting, they likely have been taught:

This means that, in the event that their actions stray from what is right, you can correct them with this simple comeback: this isn’t who they are! This can cause them to focus on trying to be good again, shifting their perspective.

It’s likely that you’ve taught your child the Golden Rule: to only do and say to others as they would like to be treated and spoken to in return. If you haven’t done so yet, you should; it’s a great way to align their minds to positive thinking and to developing empathy.

Once your child has learned this, you can incorporate this comeback. The next time they snap angrily about something or say something mean, ask them to imagine you saying those same words. Make them think:

This encourages children to think about what they are saying before they speak and choose their words carefully. It’s a great lesson to impart.

This continues on from our previous point regarding the Golden Rule. If your child does something bad, ask them how they would feel if you did that to them. It will definitely get their gears turning about how much that would hurt, making them less inclined to exhibit bad behavior of that kind to you.

The word “no” might be short, but it’s simple, and it is very, very clear. But kids don’t always completely understand what “no” means, and that’s why you have to make sure your “no” is non-negotiable. As such, be sure of the following:

During calm times, teach your child what the “no” rule means. Here are some possible guidelines:

Teaching your child to understand the meaning and value of the word “no” means that they’ll apply that to their own lives. This will allow them to respect other people’s “no”s and also that their own “no”s are worth valuing and respecting.

On top of that, it will encourage your child to know to react calmly and peacefully when they are faced with situations where “no” is the only answer they are given. This will prevent them from acting spoiled, and trust us when we say this will come in handy as they grow up! 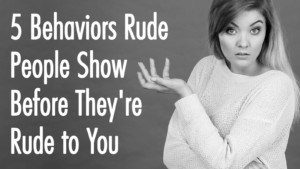 Final Thoughts On Some Comebacks For Dealing With Bad Behavior

A good parenting comeback can do many, many things. It can shift a child’s perspective, help diffuse tantrums, aid in attitude adjustments, and basically assist in teaching your child – all in one go! It’s pretty impressive, isn’t it?

Of course, do keep in mind that comebacks only go so far. You still need to be constantly teaching your child new things, especially through cause and effect. This type of teaching will tie easily into your comebacks and serve as reminders of lessons they’ve learned, instead of as half-lessons on their own that don’t quite get the full picture across.