Communication between a parent and child is an active part of an often complicated bond. Early childhood years are often a stark juxtaposition to teenage years; when a parent’s willingness to engage in conversation with their kids is no longer so easy, and vice-versa.

During infancy, the child’s brain is busy absorbing how people communicate – a very early stage of speech and language development. At 12 months, it is common for the child to imitate speech, speak simple words (“mama,” “dada,” “uh-oh); identify words for common items (“crib” or “shoe”). The baby adores communicating with parents, and such adoration is reciprocated.

Because a teenager’s mind is swiftly becoming acquainted with new experiences, opportunities, and novelties that were once unfamiliar. Understandably, a good parent seeks to protect their child while – at the same time – giving them some independence to understand the world. This delicate “juggling act” is what often creates strife – and a potential breakdown in communication.

Despite these complications, it is possible to genuinely (and gently) communicate with your kids. Lowering the barriers of communication requires some compromise, patience, and mutual respect.

Perhaps most importantly, effective communication requires the parent to empathize with the mindset of their teenage child, which can prove difficult. Keep in mind, however, that we were all that age once.

In this article, we break down 7 common parent/teenager scenarios; along with 7 responses that may bridge this “communication gap” and build a stronger, most trustworthy relationship with your child.

Here are 7 sentences that will build a stronger connection with your kids:

1. When someone upsets them

Scenarios will surface when the teenager believes that they have been wronged by someone in some way. This type of situation often arises at school; with a coach, teacher, friend, etc.

A common parental response (especially if the “someone” is an adult) is to question how the kid created the problem – or worse, reproach them without inquiry.

What’s most important here is to allow the youngster to make sense of things. This doesn’t condone nor agree with their behavior; it means allowing them to rationally (and maturely) reflect.

An example: “That sounds like they’re troubling for you. I can see your anger. Perhaps you should think about it a bit and wait for things to settle.

2. When kids need someone

Even as adults, we all turn to that one person that can sympathize with a problem and speak honestly about it.

Teenagers are no different in this respect, but they still have yet to fully comprehend how the world works, and are often confused about to whom they should speak. The important takeaway is allowing them to rationalize their mindset – and seeking your support when needed.

An example: “You’re disappointed about what happened, I understand. You were expecting one thing, and the opposite happened. When you’re ready to talk, so am I.”

3. When they realize the world is flawed

Teenagers need to understand that the world is uncompromising in many ways, but this isn’t a time to go “full professor” on that topic. Acknowledge what’s happening while resisting the urge to provide a “professorial” response. Again, this open-mindedness gives them space to make sense of things.

What to say: “You tried to make things work, didn’t you? Why do you think it didn’t happen?”

4. When internalizing a problem exceeds the ability to deal with it

Teenagers are certainly prone to drama. Chalk this up to their still-undeveloped minds, or lack of maturity. Maybe the kid was cut from the team, or didn’t make the lead role in a play; such circumstances can be a “teaching moment.”

What to say: “I understand your disappointment. I’d be disappointed too. What can you do to make yourself better for the next chance?” 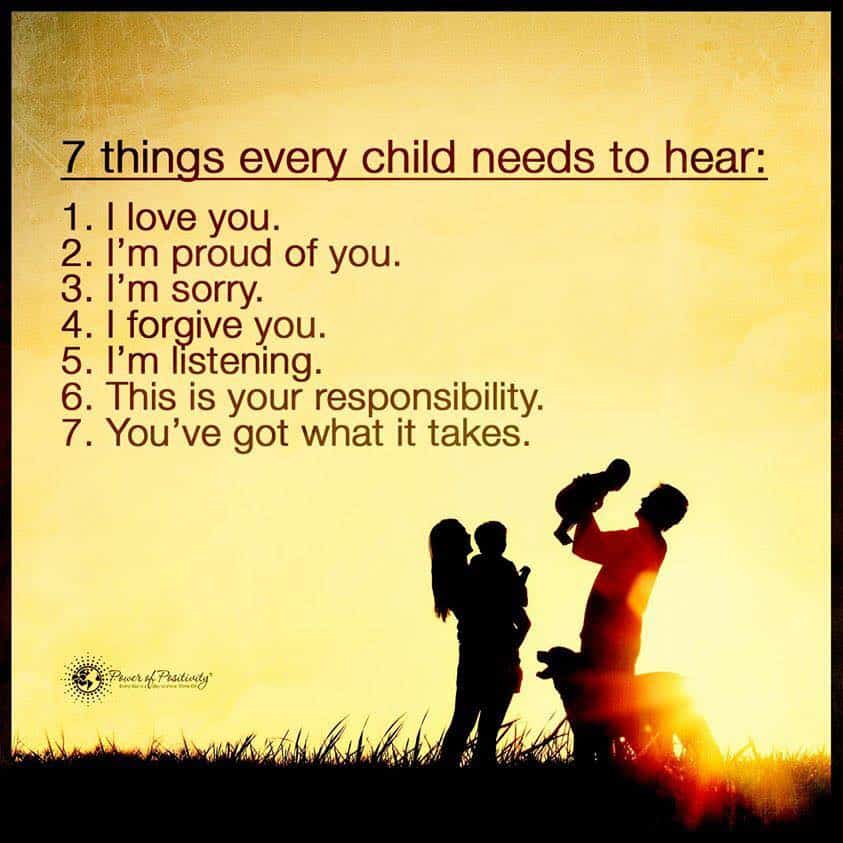 5. When kids become overwhelmed by anxiety

It’s important to remember that your teenage possesses all the necessary tools to handle adversity; whether they realize it or not. When the young one comes to a parent overwhelmed with anxiety, it is important to reiterate this fact while acknowledging their anxiousness.

What to say: “It’s healthy to feel uneasy when things don’t happen as planned. It can be difficult to adapt to such circumstances.”

6. When the parent needs more information

Teenagers, especially the intelligent/resilient/introverted/shy type are quite adept at withholding information. All teenagers, as noted, are still attempting to make sense of the world – and often experience a sense of befuddling confusion. The motive behind their thoughts and emotions isn’t relevant in this respect; the parent’s informative response, however, is.

What to say: “I understand that you’re smart and able to take care of many things yourself. Just know that we all need some help sometimes.”

7. When the kids need some inspiration

Some things do not change no matter how old we get – and needing some inspiration is one of those things. Teenagers, just like other age groups, need something that “gets them going.” Encouragement best comes from the people that love them most: their parent(s). Notice (and focus upon) their efforts instead of any “shortcomings.”

What to say: “I see that you’ve been working extremely hard. No matter what you face, hard work will always win. Keep going.”