“Long before he ever became a Beatle, John Lennon idolized many of the old rhythm and blues greats, people like Chuck Berry and Muddy Waters. He had their pictures on his wall and used them as inspiration when he first began playing guitar. (This way) he could influence his imagination by conceiving mentally that he was them. This process is not just idle daydreaming, but allows new creative ideas to be released from the subconscious.”

The power of role models

If you’re a great parent/teacher/mentor, you’ll always be loved and revered by children. You may very well be one of their role models (it’s possible to have more than one!)

Let’s consider the definition of a role model: “a person whose behavior, example, or success is or can be emulated by others, especially by young people.”

If little Timmy spends all day dreaming of becoming an astronaut, he’s more likely to have a picture (or wallpaper/background/screenshot, etc.) of Neil Armstrong than his parents.

When Timmy grows up, becomes an astronaut and has his first kid, he may very well replace his iPad (most likely) with a picture of his parents.

Role models are powerful because they’re inspirational. Did you know that the 42nd U.S. President, Bill Clinton, wanted to pursue a music career in high school? Then he met a guy by the name of John Fitzgerald Kennedy. An excellent example of how powerful one role model can be.

You may not have heard of Danica Patrick – she’s sort of used to that by now. In the male-dominated sports of Indy Car racing and NASCAR, the petite and strong-willed Patrick has held her own. If there’s one athlete who personifies grit and hard work despite the inevitable “glass ceiling,” it’s Danica Patrick.

Clayton Kershaw is a left-handed pitcher for the Los Angeles Dodgers –  and arguably the best pitcher in baseball. But that’s not the only reason to consider him a role model. Kershaw uses a large chunk of his salary on “Kershaw’s Challenge,” and built an orphanage for African children. His foundation also sends supplies and other necessities to children in Africa.

Spiritual leaders: Jesus of Nazareth and The Buddha

Jesus of Nazareth is a spiritual leader and the central figure of Christianity. To some, he is “The Christ,” or Savior of the world. In the context of this discussion, Jesus is a peacemaker; one who told us to love and care for our neighbor as ourselves. He loved “the sinners” and embraced the outcasts of society.

The Buddha, whose birth name was Siddhartha Gautama, was also a spiritual leader and the central figure of Buddhism. His teachings on meditation, mindfulness, and inner peace are among the most influential lessons in history. Brain scientists are just now recognizing the immeasurable benefits of meditation that Buddha spoke of nearly 4,000 years ago.

Mother Teresa, known in the Catholic Church as Saint Teresa of Calcutta, was an Albanian-Indian Catholic nun. There is perhaps no person in history who advocated more for the poor, disenfranchised, and sick than Mother Teresa, making her a wonderful role model. Among many other things, Mother Teresa built a hospice; centers for the blind, aged, and disabled; and a leper (leprosy) colony. She was issued the Nobel Peace Prize for her humanitarian work in 1979.

Martin Luther King, Jr. is perhaps the most influential African-American in history. He may very well be one of the top orators in history, as well. King was an advocate of non-violent demonstration to advance civil right in the United States and throughout the world. His “I Have A Dream Speech” is considered one of the most moving and powerful speeches in history.

It’s impossible to hear the name Bill Nye and not think “The Science Guy.” His show Bill Nye the Science Guy, ran from 1993 to 1998, and was one of the most watched educational TV shows in history. Nye’s funny and easygoing demeanor, signature bow-tie, and passion for teaching science earned him 19 Emmy Awards – and influenced millions of today’s scientists.

Neil DeGrasse Tyson is a genius astrophysicist, but that’s not why he’s on this list of role models. Tyson, who hosts the show Nova ScienceNow on the Public Broadcasting Station (PBS) in the U.S., educates and inspires millions about the wonders throughout our planet and beyond. Like Bill Nye before him, Tyson is undoubtedly influencing the next great batch of scientists. 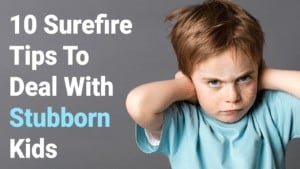 Abraham Lincoln, the 16th President of the United States, is considered by many to be the greatest leader in history. He led the nation through the disastrous, tragic Civil War and signed the “Emancipation Proclamation,” which ended slavery. Perhaps history’s greatest orator, Lincoln delivered the “Gettysburg Address” and helped unify a war-torn nation.

Mahatma Gandhi, as leader of the Indian independence movement, inspired an entire nation under British rule to “fight” for the freedom. Of course, Gandhi abhorred violence and encouraged his millions of followers to exercise restraint while working towards civil rights and freedom. His writers and memoirs are some of the most beautiful words ever put on paper.

Narrowing this list of role models to ten names was incredibly difficult. In the end, the writer wanted various leaders, and athletes – as these two demographics are the most discussed and visible.

So, hand your kid a book on Martin Luther King Jr., or watch a YouTube movie on the Great Buddha. Tell your little girl who struggles about Mother Teresa or, if she’s an athlete, about Danica Patrick. These types of moments can help shape their lives.