By Power of PositivityPublished on August 26, 2019Last modified July 12, 2020
Are you looking to start trying out some low carb keto recipes? If yes, then ensure to try keto recipes that are delicious and low in starch. 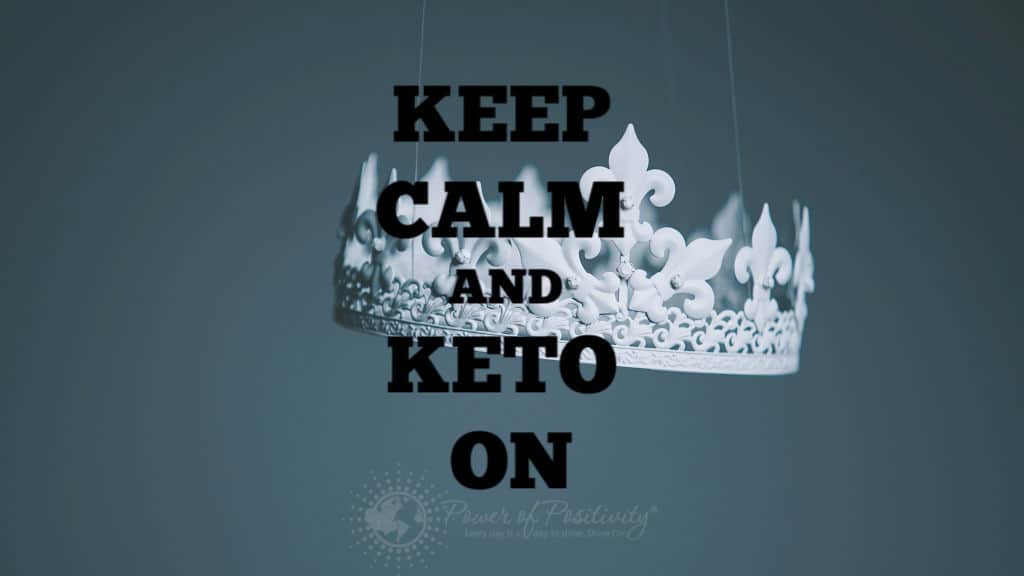 The ingredients for this meal include pepper and salt, two tablespoons mayonnaise, a quarter cup of cubed butter, two big eggs, and four thickly-cut bacon slices.
The bacon is to be cooked in a big skillet with average to high heat until it is crispy. Chop the bacon after it cools and put it aside to reserve the bacon grease. Boil water with a pinch of salt in a saucepan. Include the eggs and continue to boil for ten minutes and transfer to a cold water bath.
Peel the eggs, chop them, and stir with butter, pepper, salt, and mayonnaise. Mix with the reserved bacon grease and make six portions of the mixture to roll into balls, and roll again in the crushed bacon. Serve twice.

The meal’s ingredients include three ounces of chopped cream cheese, an eight teaspoon of tartar cream, and three large separated eggs.
Heat the oven in advance to 300 degrees Fahrenheit and use parchment to line a baking sheet. Beat the egg whites to become foamy and mix with tartar cream. Then beat the egg yolks and mix with cream cheese before folding in the previous mixture. Bake in the oven for half an hour and make ten servings.

Ingredients include pepper and salt, a quarter cup of mayonnaise, a quarter cup of sour cream, two tablespoons of butter, and a half head of sliced green cabbage, and six big Italian sausage links.
Use a skillet to cook the sausages over medium heat until they are brown and slice them. Cook the cabbage with butter for three to four minutes until it wilts. Add the sliced sausage to the cabbage before stirring in the mayonnaise and sour cream. Season with pepper and salt and simmer for ten minutes. Serve four times.

Ingredients include two hundred grams of zucchini, a quarter cup of grated parmesan cheese, a quarter cup of heavy cream, two tablespoons of butter, pepper and salt, one tablespoon of olive oil, and six ounces of chicken breasts.
Cook the chicken breasts in oil and season with pepper and salt. Then make strips of chicken by slicing the breasts. Stir heated butter in the parmesan cheese and the heavy cream, and cook to thickness. After spiralizing the zucchini put it into the sauce together with the chicken. Cook for two minutes and serve twice.

Ingredients include a half a cup of shredded pepper jack cheese, two tablespoons of heavy cream, three large and whisked eggs, pepper and salt, a quarter teaspoon of garlic powder, a half cup of diced yellow onion, and ten ounces of ground breakfast sausage.
Mix the ground sausage, salt and pepper, diced onion, and garlic powder in a bowl.
Put the mixture evenly into three ramekins and press it to the sides and the bottom, leaving space in the middle. Whisk the heavy cream and eggs with pepper and salt.
Put the mixture in the ramekins while topping with shredded cheese. Bake for half an hour until the cheese is brown and the eggs cooked, and serve thrice.

Ingredients include one teaspoon of chopped chives, one tablespoon of heavy cream, four halved cherry tomatoes, a quarter cup of shredded mozzarella cheese, a quarter cup of diced zucchini, a quarter cup of spinach, two slices of thickly-cut bacon, two big eggs, one tablespoon of grated parmesan cheese, six tablespoons of almond flour.
Mix the parmesan cheese and almond flour with an egg and salt to make a tender dough. Spread the dough in a pan and bake. Then cook the bacon and until it is brown before crumbling and spreading it on the baked dough.
Then add the tomatoes, cheese, zucchini, and spinach. Whisk the other egg together with pepper and salt, heavy cream, and chives and pour on top. Bake for half an hour until the egg is cooked and serve.

Ingredients include a quarter cup of shredded cheddar cheese, one ounce of diced ham, a half teaspoon of salt, a third cup of melted butter, one teaspoon of baking powder, two scoops of egg white protein powder, and four large eggs.
Beat two egg yolks with salt, butter, protein powder, and baking powder in a bowl, and fold in the grated cheddar cheese and chopped ham. Whisk the egg whites with salt and fold them into the egg yolk mixture in double batches. Then cook in a waffle maker until they become golden brown.
Fry the remaining eggs with salt and butter in a skillet. Serve the waffles with the fried eggs as the toppings.

9. Lamb Chops with Rosemary and Garlic

Cook sausages with oil until they are brown. Then cook onion and mushroom in a skillet until they are also brown. Slice the sausages and put into the skillet. Also add pepper and salt, thyme, and oregano. Add water and marinara sauce before cooking in the oven for ten minutes. Sprinkle mozzarella cheese and cook for five more minutes till it melts. Serve twice. It is one of the most delicious keto recipes.

Season chicken thighs with pepper and salt and put in the oven’s baking sheet. Put parsnip, carrots, and zucchini around the chicken and sprinkle garlic on top. Then mix balsamic vinegar, rosemary, and olive oil before drizzling over the chicken. Bake for half an hour and broil for five minutes to make the skins crispy. Serve twice. It is one of the best chicken keto recipes.

Blend cauliflower into tiny pieces and cook for eight minutes until soft. Mix red onion, lime juice, and avocado in a blender until smooth. Season your salmon with pepper and salt and cook with oil. Cook for five minutes each side. Serve the salmon with the cooked cauliflower and avocado cream. It is one of the sweetest low carb keto recipes.

Put butter in a saucepan and heat before adding ginger, garlic, and onions to cook for four minutes. Add nutmeg, cinnamon, pepper, and salt and cook for one minute. Boil with chicken broth and pumpkin puree. Then cook your bacon until crispy. Serve the bacon with the pumpkin soup. It is one of the ideal low carb Keto recipes.

Cook celery and saute, peppers, and onions with oil for five minutes. Add your pork and cook it till it’s brown. Put garlic powder and onion powder and mix with sesame oil and soy sauce. Season with pepper and salt and remove. Place lettuce leaves on a plate and put even servings of the pork into them. Drizzle them with sesame seeds and serve. It is one of the tastiest low carb Keto recipes.

Warm coconut milk with almond milk in a pan. Add salt, nutmeg, coconut flour, cinnamon, and flaxseed and cook till there is bubbling. Then stir in vanilla extract and sweetener and cook to thickness. Serve in a bowl and add shaved coconut and blueberries as toppings. It is one of the most effective low carb Keto recipes.

Mix the liquid stevia, eggs, lemon zest, lemon juice, and ricotta in a blender. Mix it up with salt, baking powder, protein powder, almond flour, and poppy seeds. Make the mixture into pancakes with butter in a pan. Mix zest, lemon juice, powdered erythritol, and heavy cream and drizzle on the served pancakes.

Crack two eggs into two halves of peeled and sliced avocado. Season with pepper and salt and bake for ten minutes and drizzle with cheese. Bake for three more minutes until the cheese melts. It is one of the best low carb Keto recipes.

This is one of the healthiest low carb Keto recipes. This ideal mix of broccoli and shrimp will offer plenty of protein, minerals, and vitamins.

Salmon patties are perfect for a meal though they at times taste extra eggy. This meal has done away with eggs to remove the taste.

Cook pork slices in a pot together with some salt, pepper, and nutmeg. Serve with coriander and lemon slice.

These keto recipes are not only tasty, but they are also low in starch. They are the best low carb Keto recipes.