In our culture, we admire our celebrities. And, some of them use their fame to help others understand formerly taboo topics, like mental illnesses.

It is difficult to put into perspective the issues of a panic attack and anxiety disorders because they manifest differently among people. What are the common symptoms? Avoidance, sleeping troubles, fatigue, and pain.

According to the statistics of the World Health Organization, nearly 3.6% of the world’s population suffers from anxiety disorders. Moreover, the conditions are common among Hollywood celebrities and those in the spotlight. That may stem from the hectic nature of their profession and the pressures of the limelight. Others, like athletes and creative people, suffer from panic and anxiety disorders because of increased expectations to perform from the public.

Panic attacks and anxiety disorders have detrimental setbacks on the victims. Left unchecked, they can quickly destroy their hard-earned careers. Nevertheless, most celebrity actors, singers, and athletes obtain professional guidance to understand these disorders and their associated symptoms.

We are sharing a list of twenty celebrities living with panic disorder and other types of generalized anxiety disorders.

20 Celebrities Who Struggle with Anxiety Disorder or Panic Attacks

Having a massive social media fan base can be devastating because the fans have colossal expectations and watch a celeb’s every move. Just like many other personalities, Selena Gomez is no exception to these demands from her supporters.

Despite the pressure having a little visible impact on her performance, she struggles with panicked feelings. She suffers from the condition, particularly before or after going on stage.

For instance, Selena Gomez told  Vogue in 2017, “Tours are indeed a desolate place for me, my self-esteem shot, I became anxious and depressed.” She suffered anxiety disorders and panic attacks while on stage or before.

And this was in addition to her lupus diagnosis that resulted in a kidney transplant.

Ariana is a renowned singer and songwriter who disclosed in a cover story by British Vogue in 2018 that she suffered post-traumatic stress disorder. The singer was performing in Manchester Arena in 2017 when a suicide bomber attacked the area. The impact had severe mental consequences on her.

Ariana told Elle, “Upon reaching home, I experienced dizzy and wild spells with feelings of breathing difficulties because of anxiety.”

Additionally, Ariana disclosed that she could be in a good mood and suddenly lose it due to panic attacks invading her mind. She further affirms that she has previously experienced anxiety issues before but not to the physical extent. Moreover, she confirms that she has sought therapy for the last ten years to manage her anxiety disorder.

Jane the Virgin is one of the films Gina acted in. And evidently, she suffered anxiety disorders as she revealed in 2017 through an Instagram video post. Besides, CNN reported that Gina suffered from an anxiety disorder when she admitted that she sees how anxious she was by watching the footage of her film.

Moreover, Gina explained that she likes watching the video despite making her worried because it presents some sense of acceptance and freedom to her.

In a Jennifer Lawrence conversation for Elle, Emma disclosed that she had been dealing with an anxiety disorder since when she was seven years. She reveals how she thought the house was burning while in the boudoir of her friend’s house. Stone still experiences panic attacks despite beginning to see a therapist after the fire panic attack. At that time, her doctor diagnosed her with an anxiety disorder.

Meditation, seeing a therapist, and reaching out to others has helped her to cope with an anxiety disorder because she avoids isolating herself.

She encourages people to find what they like or what attracts them to deal with anxiety and panic attacks. Stone says, “You don’t have to be a writer or an actor to overcome anxiety, but you only require identifying that thing that is inside you.”

In 2018, Reynolds, the Deadpool actor, was quoted telling the New York Times Magazine about his struggles with anxiety disorders and episodes of panic. Reynolds says he has suffered from these conditions for some time, and he has seen the darkest of it. He traces his anxiety disorder to his upbringing. His childhood involved a tough father who was not easy on himself or the kids.

In 2018, she underwent multiple sclerosis diagnosis, which is a chronic inflammatory spinal cord and brain condition.

Selma admits that the condition is uncomfortable and involves volumes of uncontrollable anxieties in some instances. And she states that the claim of neurodegenerative brain disease has some truth in it. She displayed symptoms, such as speech problems, difficulty walking, and pain, thus affecting her mental wellness as she disclosed that her brain was on fire.

Colbert is a renowned personality famous for making laughter. But even then, he endured mental health struggles related to both panic attack and anxiety disorders. For instance, he affirms that after marrying, he experienced a nervous breakdown, which was related to a panic attack. In the Rolling Stone conversation in 2018, Colbert revealed how his wife could return from work and find him walking around the coach because he worked at night.

He admitted he would often respond rudely when his wife asked him about his day. For instance, he once said, “You are looking at it.”

This statement reveals his struggles with an anxiety disorder and panic attacks.

Michael Phelps is another one of our celebrities with mental health struggles.

In 2018, CNN revealed through an interview with Phelps that the Olympic champion has been battling depression, anxiety disorder, panic attacks, and suicidal thoughts. Through an online therapy app known as Talkspace, Phelps is currently encouraging those suffering from a panic attack and anxiety disorder to seek help.

Phelps shares, “I struggled with anxiety and depression at various occasions, throughout my career, and it was difficult to receive support.”

Daly is famously known for being the host of Total Request, the popular MTV show. However, he is not a stranger to general anxiety disorder.

For example, Daly told Today.com that his first panic attack came a few minutes before going live on air. Suddenly, he had trouble breathing. He became terrified. Daly further affirms that he has had a mild panic attack and anxiety disorder to heightened levels even when off-air.

After the death of Prince Harry’s mother, he became plagued with panic attacks, as he revealed in one of his interviews. Prince Harry disclosed that he primarily suffers when surrounded by many other people. At times, his heart beats fast, and he sweats profusely.

He only realized the need for seeking professional help to solve his panic attack and anxiety disorders after fighting in Afghanistan at 28 years old.

In a 2017 interview, Chris revealed his anxiety disorder struggles, particularly after initially declining a lucrative opportunity in Captain America. Chris said, “I get anxious about certain press and things.”

Nevertheless, Chris managed to overcome anxiety disorders by ultimately accepting that leading role. Of course, this empowered him to conquer his fears.

In 2016, Amanda revealed that she began taking anxiety disorder medication when she was 19 years old in an interview with Allure.

She said, ‘The mental illness is not a mass or a cyst, and it cannot be seen, but it exists.”

While on OCD medication Lexapro, she experienced a horrible anxiety attack that made her think that she had a brain tumor.

Missy Elliott is an award-winning rapper displaying extreme confidence in her performances. However, she has had an anxiety disorder since childhood.

In the Billboard interview in 2017, Missy Elliot revealed how she transformed from a shy young girl into her feisty character who stands out among celebrities.

Also, Elliot shared how she experienced a full panic attack night before the halftime cameo performance at the 2015 Superbowl.

In 2010, Leonardo told Rolling Stone that he suffers from anxiety disorders and panic attack. He went on to share that small things particularly trigger it.

Leonardo says, “It is irrational how your mind can make you a worrisome person by becoming the anxiety disorder database for arbitrary things.”

Lopez revealed that during one of her photoshoots, she had a panic attack because her seven-year marriage was headed for a divorce.

Lopez was quoted saying, “As I was undergoing a makeup session, my heart was beating so hard and fast, and it was almost impossible to breathe.”

In her memoir dubbed True Love, Lopez affirms that anxiety disorder consumed her. At times, she felt like she had gone wild.

In 2017, Reinhart disclosed to W magazine that she had several panic attack experiences in her life. These arose from the strain of auditions, overbookings, and lack of revenue.

Reinhart said, “Her anxiety disorder and panic attacks were so terrible that she kept quitting jobs because she could not work physically.”

She later sought help from a panic attack and anxiety disorder therapist to help her manage her struggles upon realizing she needed therapy.

Of all the celebrities on our list, perhaps none know the spotlight as well as Kendall Jenner.

Traumatic family happenings, constant work travel, and social media negativity made Kendall experience midnight panic attacks. In an incident, she wrote on SELF, and she had to fight a panic attack while on a plane. Her heart started beating rapidly, and she became somehow numb during the ordeal.

At 19 years, Gabrielle Union learned she had PTSD  that arose after a brutal sexual battering. And, in 2018, she revealed to Redbook that she and her life coach Skype a lot because she underwent several horrible experiences due to PTSD.

Now she has obtained tools she needs to defeat the attacks. And, she now educates others on support and safety.

Despite serving up thrilling performances for her fans, Adele always struggled with an anxiety disorder. She even went to the extent of opting to stop her global tours completely.

Adele even revealed that she continually panics while on stage due to anxiety that makes her heart race. She described her heartbeat as feeling like it wanted to explode. At one point, she hysterically cried often. But that was before formulating a strategy to cope.

Sarah revealed to Glamour that at the age of 13, she started struggling with depression. Later, she began having panic attacks, which affected her school life. She stopped going to school for several months and started avoiding her friends. During these episodes, she often had difficulty breathing. Nonetheless, taking medication and seeing a therapist helped her improve her life. 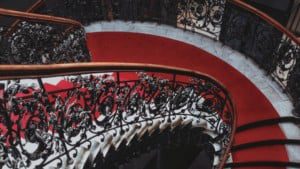 These Celebrities Shine a Light on Panic and Anxiety

Thanks to celebrities who come forward and share their own authentic experiences with these mental health disorders, we now see them in a new light. No longer are these taboo conditions. In fact, they are debilitating in some people. But, with new proper therapy, these celebs continue to conquer their panic and anxiety disorders.