Emerson is absolutely right. Society is obsessed with certain things – money, possessions, job title, status, education, etc. – that too often change a person. The sad thing, too, is that these problems are not authentic. Instead, they are merely a byproduct of human activity.

The Industrial Revolution – to date the largest expansion of commerce in history – reached its peak just over 240 years ago (around the same time Adam Smith published The Wealth of Nations.)

Fast-forward to 2017. Debt levels are at record highs around the world. Countries are defaulting on themselves; world leaders are denying science; countries that share the same peninsula are prepping for nuclear war; people are still starving and disease-ridden.

What is the underlying connection of all of the above? Human ignorance, greed, corruption, and irresponsibility. It all starts at the individual level. People are the problem, with certain individuals more responsible for the lack of authenticity that plagues us as a species.

This article focuses on signs of an inauthentic person, yet the context is much greater in scope. Let us all evaluate our inner being, become more genuine, and hold each other to higher standards of trustworthiness – and be “the change we want to see in the world.”

10 Signs Someone is Not An Authentic Person

“To be yourself in a world that is constantly trying to make you something else is the greatest accomplishment.” – Ralph Waldo Emerson

While truthful individuals strive to demonstrate, encourage, and spread compassion and understanding, their opposites concern themselves with living up to others’ expectations.

2. Inauthentic people have their own agenda

Is there anything wrong with having aspirations, dreams and goals? Absolutely not. Is there something wrong with not taking on a greater role in society? Yes. Inauthentic people are generally much more self-centered and self-gratifying. At this pivotal time in history, we need capable global citizens to step up and do their part.

If the recent U.S. and South Korea political events have taught us anything, it’s how lies and corruption can permeate the highest rungs of society. Guess what? These sorts of things demolish the trust we have in our most sacred institutions. Where, then, is corruption not possible? 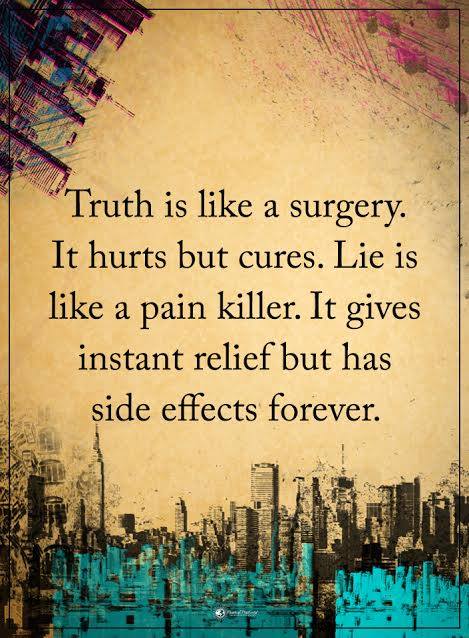 There is no politically-correct way to say this, so this writer isn’t going to try: the more ignorant one is, the more likely they are to be inauthentic. Why? Because people who are interested in knowledge seek out the truth. “Seek, and ye shall find” is an axiom we’d all be the wiser to keep in mind, at least regarding knowledge.

Our society is full of people who shun personal responsibility. These folks are dismissive of the very notion that they control their own destiny. Able-bodied, able-minded individuals have no excuse not to make a contribution to society.

Authentic people are encouragers – they motivate and support others to do their best, and to “keep going.” One big failing of our society is the lack of individual accountability. Responsibility for oneself and the encouragement of others is absolutely critical if we are to evolve as a race and society.

Did you know that the average household in the United States holds over 16 thousand dollars in credit card debt? The biggest reason: people are living beyond their means. But it’s not the average U.S. household that’s the main contributor. Case in point: look at Hollywood celebrities. These people rail against global warming while owning private jets and SUV’s. Actors get in front of the camera and demonize inequality while contributing nothing to help the cause.

Think of the people throughout history who’ve contributed the most to humanity. Martin Luther King, Andrew Carnegie, Mother Teresa, Princess Diana, Oskar Schindler, Warren Buffet, Bill Gates, just to name a few. Each person on this list has put the needs of humanity above their own. Mother Teresa was certainly not well off. On the other hand, Bill Gates is one of the richest people on the planet. Oskar Schindler lived in constant fear. Conversely, Princess Diana lived in a royal palace. The human capacity for empathy is not exclusive to one demographic.