When Freelee the Banana Girl announced on her famed YouTube channel that she had achieved her nearly perfect physique by merely eating over 30 bananas a day, the internet went wild.

This woman had gone from weight yo-yo-ing for most of her adult life to consuming a diet of primarily bananas for weight loss. Impressively, she achieved her ideal body structure through a disciplined balance of diet and exercise.

It seemed practically impossible, and many were still skeptical even after she presented the daily diet routines that helped her lose weight. In the end, it all came down to her ever-present bananas and her continued dedication to living a completely vegan lifestyle.

Freelee has since played with her diet, has switched to a completely raw food regimen, as well as trying to retain a strict fruitarian diet. However, she still praises the banana for its crucial part in changing her life and way of living.

If you’ve followed her career closely through the years, you’re fully aware of Freelee’s famed Raw till Four diet plan. The basis of this diet stands on the ground of a typical vegan diet, with a raw food tweak. The day would have you starting with a banana smoothie, consisting of about 15 whole bananas, a few cups of water, fresh dates, and a dash of vanilla extract for an enhanced, sweetened taste.

The whole method behind the Raw Till Four lifestyle program is to eat only raw foods for the better part of your day’s meals until 4 pm. After that time, you may indulge in a cooked meal for dinner. Freelee warns us not to eat fruits after 5 pm because this could allow the fruit to ferment in your stomach overnight, resulting in stomach aches and extreme discomfort in the gut.

Using the banana for weight loss took off for Freelee, as did the 30 bananas a day diet movement. Veganism also started to gain a substantial momentum with the growth of her YouTube channel and her number of subscribers. In turn, some of Freelee’s followers began their veganism and fruitarian-based channels as she and her journey so inspired them. The channel quickly grew to an all-time high of over half a million subscribers.

Fresh off the success of her Raw till Four movement and diet plan, Freelee created a new book entitled Go Fruit Yourself. This time, in addition to the exercise plan from the last critically acclaimed nutrition book, she also included a well thought out meal plan scheduled out for two weeks. This adds convenience and helps her followers prep foods in advance to stick with the plan.

Not only do you get some detailed insight into how Freelee lost nearly 40 pounds on her tried and true banana diet, but you also receive the tools to achieve the same amount of weight loss.
The new book also includes a nutritional information guide for all the raw foods mentioned between the pages, some insight on vegan ethics, and tips on leading a healthy vegan lifestyle. Bananas have become a totem for Freelee’s success. 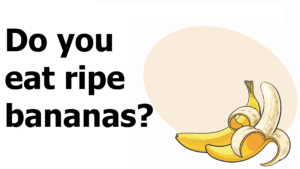 Many are well aware of the high potassium and fiber provider the fruit is. But they might not know that it also contains plenty of other health benefits that are not so commonly known. The consumption of just one banana a day could lower the risk of cancer and asthma. It has also been known to reduce high blood pressure and help to prevent cardiovascular disease.

The shining star of the yellow fruit is, of course, the level of potassium it contains. Potassium is such an asset to the body as it provides consistent fluid levels to ensure the migration of waste and nutrients that move in and out of the cells.

Presently, Americans consume more bananas each year than the number of apples and oranges combined. The fruit is available year-round, affordable, and well–quite frankly very tasty! What is not to love?

Some would argue that all good things should come with a reasonable limit. That common-sense rule applies even to eating healthy bananas! While it’s rare for people to consume “too much potassium,” it can occur in some rare instances. Therefore, consult with your health care provider before leaping headlong into any significant dietary changes.

Nevertheless, the raw food movement could have something to do with the increase in those numbers over the years. The fact that they are a fruit that is in season year-round also plays a massive part in their popularity. So no matter what the reason, we could all use a bit more potassium in our diets.