“Gut health” is one of the biggest buzzwords in the wellness community. A quick visit to any holistic living blog or health influencer’s Instagram page will likely turn up several posts about this trendy topic. So, what exactly does it mean?

Tens of trillions of microbes, or bacteria, have been residing in our digestive system since the beginning of time. Most of these organisms reside inside the large intestine, with only about 10,000 populating the small bowel. Approximately one-third of the gut microbiome is the same across all humans, with the remaining portion being unique to each individual.

Of the portion of microbes that vary from person-to-person, the vast majority are genetic. The remaining 10% or so are influenced by our diet and other lifestyle factors such as environmental toxin exposure. However negligible that percentage might be, knowing there are things we can do to improve our gut health is incredibly promising news.

So what are these microbes for? Well, basically everything. It’s a well-known fact that our gut bacteria aid in digestion. Each time we eat, they help us extract and assimilate essential nutrients from our food, turning the remnants into waste. What many people aren’t aware of, however, is just how many other hats these microscopic beings wear when it comes to shaping our overall health. Here are several of their many functions:

It is estimated that about 70% of our immune system originates in the gut. Microbes communicate with immune cells and control how the body responds to infection. (2.)

Emerging research suggests the central nervous system, which is in charge of brain function, and gut microbiome are closely related.

A study revealed that less diverse gut microbiota are associated with type one diabetes in infants. It also discovered that certain gram-negative bacteria became more prevalent just before diagnoses. Additionally, postprandial blood sugar varies widely across the population even when the exact same food was consumed. This disparity could be due in part to differences in gut bacteria.

Most of our neurotransmitters, such as serotonin and dopamine, are actually located in the digestive tract rather than the brain. The two organs talk to one another via the gut-brain axis, which means our mental and gastrointestinal wellbeing have a very close relationship. Not only does the food we eat have a profound effect on our mental state, but psychological stress also negatively influences digestion.

The gut microbiome plays an integral role in promoting optimal levels of HDL cholesterol and triglycerides. Certain strains of bacteria convert nutrients found in red meat to TMAO, a chemical that contributes to blocked arteries. This molecule can be a catalyst for medical emergencies such as myocardial infarction or stroke. Conversely, other species such as Lactobacilli may lower LDL cholesterol when taken in probiotic form.

Many studies have shown an association between gut dysbiosis, or an unfavorable balance of good and bad microbes, and obesity. In rodent experiments, those implanted with an obesogenic microbiome gained more weight than those receiving bacteria from a lean person. This disparity occurred in spite of caloric intake being equated.

While this is by no means an exhaustive list, hopefully, it illustrates just how important the gut microbiome is for all facets of health. Now that we’ve established that, let’s move on to some of the worst things a person can do for their gut health.

Eat a diet low in diversity.

A diverse microbiome is healthier than one with fewer strains of bacteria. This is because different microbes have their own defense mechanisms against harmful influences such as antibiotics.

Chronic overconsumption of alcohol is associated with gut dysbiosis. Beverages such as gin decrease the number of beneficial bacteria, but moderate red wine consumption actually improves overall digestive health. This is likely due to the polyphenols present in wine.

While antibiotics are crucial for such illnesses as strep throat and urinary tract infections, they can have long-lasting repercussions in the body. These powerful drugs eradicate both good and bad microbes, and levels of beneficial bacteria can remain suppressed for years. In addition, antibiotic use can temporarily increase the population of harmful bacteria such as Clostridium. (3.)

Regular physical activity has many health benefits, one being a positive alteration of the gut microbiome. Athletes’ microbiomes contain more organisms that produce butyrate, a short-chain fatty acid important for overall health. Active people also have higher levels of Akkermansia, a microbe that plays a key role in metabolism and obesity prevention.

Much like the rest of our body, the gut also follows a circadian rhythm. Altering that biological clock via sleep deprivation can increase numbers of bacteria associated with weight gain, type 2 diabetes, and fat metabolism.

Stress is unavoidable in our fast-paced society, but finding ways to mitigate its effects is crucial for maintaining a healthy gut. In mice, high stress levels increase gram-negative bacteria while decreasing beneficial populations.

Clearly, the choices we make day-in and day-out have an overarching potential to influence our gut microbiome in either a positive or negative fashion. What we put on our plate is one of the most frequent decisions we face, so it’s time to zero in on the best foods for gut health.

Probiotics are the bacteria themselves, while prebiotics are the nondigestible carbohydrates they feed on. Fermented vegetables such as sauerkraut and kimchi, kefir, kombucha, miso, and tempeh are examples of probiotic foods. Alternatively, you can opt to take a probiotic supplement. Prebiotics can be found in asparagus, bananas, chicory, garlic, Jerusalem artichokes, onions, and whole grains.

Overconsumption of sugar and artificial sweeteners can result in an unfavorable balance between good and bad gut flora. Artificial sweeteners, especially aspartame, have been proven to increase the prevalence of bacteria associated with metabolic disease. This umbrella term refers to a group of medical conditions that can lead to diabetes and heart problems. Additionally, these fake sugars can increase blood glucose.

Stress comes in many forms, all of which can negatively impact our gut microbiome. Psychological or environmental stress, sleep deprivation, or circadian rhythm disruption can all wreak havoc on intestinal organisms. Consider implementing stress management techniques such as meditation, deep breathing, or yoga to mitigate any harmful effects. Getting regular exercise, consuming a diet primarily made up of whole foods, and sleeping well can also aid in stress reduction.

While antibiotics are vital in the case of certain infections, providers issue them unnecessarily about 30% of the time. Research suggests that up to six months after a course, several species of beneficial bacteria have yet to be replenished. The CDC recommends always discussing alternative options with your doctor before accepting a prescription for antibiotics.

Moving your body frequently may help increase microbiome diversity. A study conducted in 2014 found that athletes had a much vaster array of gut bacteria species than their sedentary counterparts. Adults should participate in at least 150 minutes of moderate-intensity exercise per week, including at least two days of strength training.

Getting enough good quality sleep can improve gut health, in addition to mood and cognitive function. An animal study found that irregular or disrupted sleep can negatively impact the microbiome. Plus, it increased the risk for inflammatory illnesses. Aim for at least seven hours of uninterrupted sleep per night and try waking up and going to bed at the same time each day.

Swap out your household cleaning products for cleaner alternatives.

Disinfectants, in particular, can disrupt the gut microbiota. A study found babies living in homes where these products where the household utilized these at least once a week had higher levels of Lachnospiraceae. This microbe is associated with type 2 diabetes and obesity. When these infants reached age three, they had a higher BMI than toddlers who hadn’t been exposed to disinfectant cleaners. 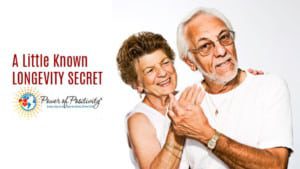 The trillions of bacteria residing in our guts have a profound impact that extends far beyond the confines of the digestive system. While many factors influence the balance of pathogenic and beneficial microbes within our intestines, diet is a crucial aspect. Plus, we have control over what we put in our bodies.