When you’ve experienced a traumatic event in your life, is it possible to erase this incident from your brain entirely? Wouldn’t it be miraculous if your mind worked like a video recorder, and you could delete anything that has caused you psychological damage? Unfortunately, you don’t have the option to erase history, and the scars it leaves behind are a part of you.

It’s impossible to go through life without any pain or grief because it’s all part of the human experience. In fact, you learn and grow from the things that happen to you. Good or bad, the occurrences during your lifetime will mold and shape you into the person you become.

If you have issues from a trauma that go unaddressed, they can result in post-traumatic stress, depression, and other mental disorders. Your brain is permanently altered by past trauma, and it can affect you physically and emotionally. Is there any way to wipe away these troubling memories and regain control of your life?

How Does a Traumatic Event Affect Your Brain?

The brain is a magnificent organ that has as much storage capacity as a computer system. Even when you were in your mother’s womb, your brain was perpetually processing stimuli and storing vital information. As an infant and later a child, your brain used these positive and negative experiences to form patterns of behavior.

These collective events caused new neurons to form to determine your voluntary and involuntary responses. It’s like entering a program into a computer to complete tasks for the day. Some things are innately hardwired for survival, while others depend on learning experiences.

When something traumatic happens to you or in your life, it can be difficult for you to process the events. Traumatic events shock the brain, and as a defense mechanism, your mind will quickly try to protect itself. These negative episodes create neurons and paths in the brain that can lead to psychological damage. 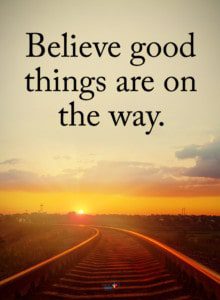 Many people who suffer from trauma have severe anxiety, depression, and develop personality disorders. The event alters the way the brain responds to things, both good and bad. Think of a river that has flown over a rock so long that it has cut indentations into that stone.

The rock is forever changed because the current from the water has left its mark. Now, if you try to get the water to turn and flow another way, it’s almost impossible. Even if the water does turn, the marks will never go away. Though you may be able to turn your life around and go in the opposite direction, the marks will always stay with you that trauma has left behind.

When you consider trauma, you aren’t talking about the usual disappointments and painful snags that occur in everyone’s life. Trauma reaches far into your being and leaves an indelible footprint in your memory bank. It can change your thinking and concepts of what you believe to be true.

Trauma exists in different forms and degrees, and not everyone processes these events the same way. A traumatic event can be physical, such as a devastating illness or a tragic accident. It can be emotional distress induced by neglect or abuse.

Since some people are more resilient than others, how everyone reacts to traumatic incidents vary. No matter the reaction, the brain will still try to process the event into your long-term memory bank. These remembrances can cause negative emotions and potential psychological damage. 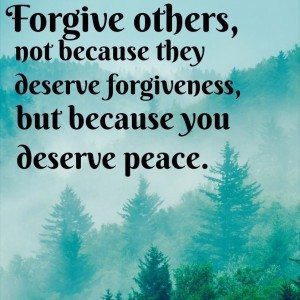 Your brain has an extraordinary ability to go into self-preservation mode. Whenever you are overwhelmed with trauma, your brain instantly reacts to protect your sanity. One of the best ways that you can cope is by using disassociation.

In a traumatic incident, the brain often hides and creates a false reality, called disassociation. To avoid the physical and emotional pain your mind can separate itself from the event. You become an observer. This dissociative reaction can create the feeling that a person leaves or checks out of their body.

Disassociation is an instinctual way of blocking the trauma until it can be processed. While this initial reaction is beneficial, disassociation can cause psychological impairment if it becomes a pattern. Using the philosophy “Out of sight, out of mind” is not a permanent solution for healing.

Often, people who are traumatized disassociate, but the problem is that this coping mechanism can cause severe mental disorders. In serious cases, victims of trauma may develop dissociative personality disorder or DID, which was formerly known as multiple personality disorder.

It’s also common for people who were traumatized to experience night terrors, depression, anxiety, and a host of debilitating side-effects. For many, the trauma was so severe that they constantly re-live the incident and they develop post-traumatic stress disorder. This condition can seriously impede a person’s life if left untreated.

With these disorders come a downpour of emotions ranging from grief, unbridled rage, to apathy. In these conditions, some people who were traumatized and abused as children often become abusers themselves. Many try to dull the pain and turn to substance abuse, illegal drugs, or alcohol. Sadly, others contemplating suicide. 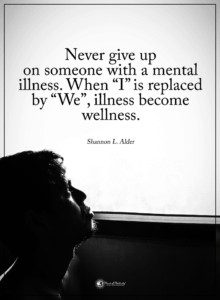 Dealing with Past Trauma

Most people in this life experience at least one traumatic incident that brings deep pain. Perhaps, the trauma was so ravaging that you unconsciously label your life as pre-trauma and post-trauma. It may seem like you have lost your identity to the distress of this event.

Have you survived a horrific event and continue to deal with its aftermath? While you cannot erase trauma from your memory banks, there are tools for coping with it.

It’s unfortunate that psychological problems still hold a stigma in the 21st century. Were you taught to believe that going to counseling showed weakness and a lack of faith in your spirituality? Clinging to these false beliefs may hinder you from the mental healing you deserve.

As a survivor of past trauma, your ways of coping may be doing more harm than good. You may consciously block the incident from your memory, but it still lingers in the shadows of your mind, and it will disguise itself as emotional turmoil.