Do you worry all the time? And about everything? Then, it likely interferes with the quality of your daily life.

Everyone worries from time to time. Finances, work, family, and even social gatherings can cause a  certain level of distress. But if worry is your constant companion, you need to figure out how to say no to worry. So, what are the ways to train your brain to stop worry?

The founder of psychology William James said of attention:

“[Attention] is the taking of possession of the mind, in clear and vivid form, of one out of what seems several simultaneously possible objects or trains of thought.”

Speaking of the characteristics of attention, James adds,

“Focalization, [and] concentration of consciousness are of its essence.”

What does this all mean? James discusses this too. “[Attention] implies a withdrawal from something to deal effectively with others.”

Insightful though James was on the definition, characteristics, and implications of attention, he was at a loss for how to cultivate it. James believed – as did many experts up until around a decade ago – that attention was a fixed, innate capacity. We now know that this is untrue.

The heart of this article is how to stop worrying through brain training.

Perhaps the most indispensable part of said training is the sharpening of attentional skills in general, to regulate adverse emotions, in this case, worry, in particular.

We’ll approach the main topic gradually, first discussing why worry should be counteracted.

For our purposes here, worry is defined as “Disturbing the peace of mind of the individual, causing emotional distress, mental agitation, or both.” This definition also happens to be similar to that of the Oxford English definition.

Not All Worry is Bad

Worry isn’t all bad. It can give you a boost of energy to take action. When you worry about a friend, you call her to ask how she’s doing. Worry helps you to zero in and find a solution. But when fear goes off the rails, you feel anxious and unsettled all the time. This emotion isn’t productive worry but a paralyzing taskmaster controlling your thoughts and actions.

First, we must understand that worry is a standard (many say normal) part of everyday life. The extent to which such feelings are normal is debated among various people and different professions, including brain scientists (neuroscientists), evolutionary biologists, and even contemplatives.

From a scientific perspective, neuroscientists have found that some regions of the brain – the amygdala, limbic system, and others – fire in conjunction with an individual’s feelings of agitation or distress. From an evolutionary biology standpoint, it’s well-known that our distant ancestors were faced with stressful, life-or-death situations nearly all of the time. As a result of this constant exposure to extreme hardship, scientists posit that humans have inherited neurological mechanisms (e.g., the fight-or-flight response), which makes us prone to worry.

Nearly all people will agree that feelings of mild apprehension and worry can stimulate us to take action. Without such a stimulus, we’d probably have little motivation to, say, work for a living. 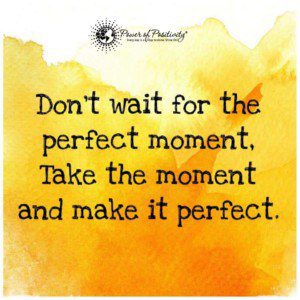 “When the level of anxiety you experience is no longer adaptive or helpful to your performance and becomes a barrier to your enjoyment of life…you are “almost anxious.”  ~ Luana Marques, Ph.D.

Outside of medical diagnoses, anxiety and worry can be thought of as synonymous. From a clinical perspective, however, the differences are significant. It is crucial to understand this difference.

Studies show that 1 in every five adults in the United States suffers from an anxiety disorder. An anxiety disorder is characterized by feelings of fear and wariness about your everyday activities for six months or longer.  Other characteristics of anxiety include

If you are experiencing these symptoms, talk with your doctor. You may have an anxiety disorder. Anxiety disorders are more than worrying a lot. They can disable your life.

It’s estimated that upwards of 275 million people worldwide have an anxiety disorder. This number equals more people than the populations of Russia and Mexico combined!

While each of these disorders differs somewhat, many people experience – to a greater or lesser degree – a combination of two or more of the following symptoms: 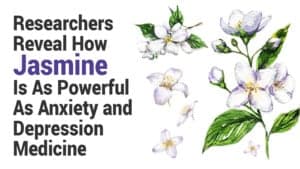 The 15 Habits to Train Your Brain Not to Worry

“Walking away from the hospital after the biopsy from hell – not just cancer, but a particularly nasty, fairly advanced kind – I had an intuition of a highly unusual blue-white clarity. This disease wanted to monopolize my attention, but as much as possible, I would focus on my life instead.” ~ Winifred Gallagher, “Rapt: Attention and the Focused Life” (p.8)

It’s possible to kick worry to the curb and stop living under its domain. Here are some ways to train your brain to say no to worry.

Let’s now delve into fifteen habits that you can use to train your brain to ignore the worry.

Habit #1: Come back to the present in the practice mindfulness

This one is numero uno for a reason – and that is, mindfulness, adequately practiced, is perhaps the best antidote to worry.

The rationale is deceptively simple: the vast majority of our worry stems from ruminating about the past, or apprehension of the future. When we worry, the present moment disappears.

“Anxiety, the illness of our time, comes primarily from our inability to live in the present moment.”

“Practice mindfulness” isn’t just some nice platitude that’s worn out it’s welcome – its benefits are based in solid science. In a 175-study analysis (“meta-analysis”) of mindfulness literature, the “effect size” (how much an intervention helps, according to current research) was most significant for anxiety. Moreover, the effect size for subjective feelings of stress, which “worry” would fall under, was also substantial.

Fortunately, there are multiple ways to practice mindfulness. The most popular is undoubtedly mindfulness meditation, which consists of two practices:

(1) Focused-attention meditation: The meditator picks one object (say, the breath) and tries to keep their focus on that object.

One can also practice mindfulness throughout the day, which is arguably the most beneficial. To do so, try and keep your attention on what it is you are doing, no matter what it is, moment-by-moment. Also, pay attention to the sensations in your body, as well as your thoughts.

The writer’s favorite definition of mindfulness that of Jon Kabat-Zinn, who defines it as “Paying attention in a particular way, on purpose, in the present moment, non-judgmentally.”

Habit #2: Write down both productive (and pointless) ruminations

If your brain doesn’t shut up (a phenomenon called “rumination”), ease the turbulence by writing whatever it is down on paper. If you find yourself trying to keep something in mind only to be thrown off again, write whatever keeps popping into your head down on paper.

It turns out that writing down the object(s) of your rumination may also improve your problem-solving skills. In a study published in the journal Anxiety, the authors challenge the popular notion that “worry may be helpful for defining and analyzing problems.”

After assessing the worriers’ abilities to concretize (“make real”) potential solutions to a defined problem, the authors noted an inverse relationship between worry and concreteness.

However, study participants who were permitted a specialized chart to elaborate on their solutions demonstrated more concreteness in their responses. In other words, brainstorming on paper works better if you write things down.

Journaling is a great way to dump your thoughts on paper. It’s a kind of catharsis that allows your brain to get rid of all your worries and cares. Once it’s on the paper, it’s less a burden to your mind. Journaling helps you solve problems. It’s like a brainstorming session on a piece of paper. Every day write down your worries for that day. Don’t worry how it sounds or if you spell words correctly, that’s not the point, just write down what you feel.

Habit #3: Get at least some exercise every day

This one is nothing new. It’s quite well-known that physical activity improves body and brain function. However, many are unaware as to the therapeutic effects of exercise on anxiety and worry.

Per a literature review published in the journal Current Psychiatry Reports, increased physical activity has “combined anxiolytic [anxiety-reducing] and physical health benefits,” and maybe “a promising additional treatment option for people with anxiety disorders.” Importantly, the study’s authors include “worry” and “excessive fear” as characterizations of anxiety. It stands to reason, then, that physical exercise is beneficial in both clinical and non-clinical anxiety cases.

Many people are turned off by the demands of exercise on their time. Such a feeling is understandable, if not indicative of priority mismanagement (some of these folks have no misgivings about watching 35.5 hours of T.V., for example.)

Be that as it may, it isn’t necessary to become a “gym rat.” It’s entirely possible to get in 30 minutes of exercise without even stepping into a gym. How? Here are some ideas:

Much of the worry that we encounter in life is the result of societal conditioning, which promotes a chaotic lifestyle. There are countless examples, but here are some of the more common worries people express:

Your lifestyle can exacerbate your worries. Whether it’s your long commute to work or your bulging closet that needs cleaning out, these things stir up anxiety.

Sometimes you need to step back from your situation to find a creative solution like catching the train to work instead of driving or you asking a friend to come over and help you throw out clothes and organize your closet.