In contrast to PTSD, the symptoms of acute stress disorder are generally limited to one month. PTSD symptoms may persist for many years. Comparing the two conditions, according to the United States Department of Veterans Affairs, “ASD is more likely to involve feelings such as not knowing where you are, [or] feeling as if you are outside of your body.”

Acute stress disorder occurs because of a strong psychological reaction to a personally traumatic or terrifying event. Importantly, this event induces a strong emotional response within the individual. Approximately 6 to 33 percent of people who experience a traumatic event develop an acute stress reaction.

Here are some sobering statistics, courtesy of the National Trauma Institute:

“Trauma is personal. It does not disappear if it is not validated. When someone enters the pain and hears the screams, healing can begin.” – Danielle Bernock

“PTSD is not about what is wrong with someone. PTSD is about what happened to someone.” – PTSD Support & Global Awareness 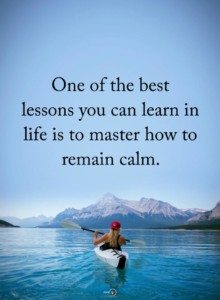 According to Healthline, the following individuals are at an increased risk of developing ASD:

The American Psychological Association (APA) separates the symptoms of ASD into two categories. Category 1 is comprised of the following five symptoms. A minimum of three are required for diagnosis:

Category 2 is comprised of the following three symptoms, one of which is required for an ASD diagnosis:

Per the Department of Veterans Affairs, these five groups exhibited symptoms of ASD:

The V.A. department notes that individuals with a history of mental illness may be at a higher risk of ASD. Furthermore, those with a past diagnosis of PTSD may also have a higher risk for ASD.

How to Fix It: ASD Treatment

Acute Stress Disorder is a severe mental health condition, capable of affecting the individual to such a degree that they become debilitated. Prompt and efficient treatment is necessary to curtail the high risk of PTSD onset.