Depression and writing, or any form of art, seem to go hand in hand.  When we think of some of the “Greats” in literature, painting, acting, and music, a tendency toward depression or bipolar disorder appears to be one of the qualifying factors to their greatness.

Is it possible that it’s a coincidence?  Perhaps a representation of particular personality traits shared with many of those with a mental illness?  Whichever it may be, writing has been shown to help those with depression.  Psychology explains how journaling can relieve depression.

Is there a connection between creativity and mental illness?

Psychologists have been attempting to determine if there is a connection between creativity and mental illness for many years. Are we just drawn to the drama of romanticizing an artist’s pain and struggle similarly to our morbid attraction to the concept of vampires, or are these agonized souls truly blessed and cursed with creativity due to mental illness?

In 2017, a study by Christa L. Taylor of Albany State University was published in Perspectives on Psychological Science, attempting to get to the root of this question.  Are creatives more prone to mental illness vs does mental illness make one more creative?

Christa analyzed over 36 studies.  First, she focused on if creative people were more prone to a mood disorder.  She compared various creative types in 10 different studies and discovered that more creatives than non-creatives tended to be bipolar.

Interestingly enough, those with chronic but functional depression were found to be equally creative and not creative.

The next question was, are those with a mood disorder more likely to be creative?  Her conclusion was two-part.  Firstly, that no, having a mood disorder did not make you creative in general.  The second part was that yes, bipolar or severely depressed individuals tended to be more artistically creative or likely to excel in painting or an expressive art form in comparison to just able to creatively troubleshoot or find differing options from the norm.

That said, the numbers in comparison to the creatives without a mood disorder were very tight and, therefore, left room for interpretation.

Overall, her analysis showed that yes, creative people tend to be more prone toward mood disorders, but mood disorders did not guarantee you would be creative.

Fortunately, journaling does not necessarily require creativity nor a mood disorder, even if it can be effective in helping both.

What is journaling, and how can we use it?

Journaling is the organized writing for the purpose of your choosing, with somewhat regularity and using a medium of your choice.   It is similar to a diary, except it isn’t necessary to do it every day, and you aren’t limited to writing about events in your life, as is typical of a diary.  Also, a journal can be supplemented with drawings, magazine images, or photos similar to a scrapbook. Some apps can even allow you to add vocalization recordings if you prefer.

Many people use a journal to:

A  journal can be used any way you want it.  With current technology, you could do it on your desktop or laptop computer, use an app on your phone or tablet, or you can keep it simple and use a notebook or particular book designed for journaling.  It is all up to your preference.  There really aren’t any rules about journaling other than, ideally, you want to be consistent in using it for what you designated it for.  That designation may change over time but the point is that you choose to write for a purpose with some regularity, even if it is only once a month.

Effects of depression on your brain

Depression is a mood disorder that not only affects your emotions, but it also affects your brain and its functions.

Various regions of the brain begin to shrink within 8-12 months of being depressed. The areas affected are:

Thalamus is a general operator of the brain. It receives outside information from all the senses, except for the sense of smell.  It then relays that to the rest of the brain.

The amygdala helps to regulate emotions correlated to survival, especially fear. It also plays a role in your memory and your sexual desire and response.

The prefrontal cortex, which sits in front of the frontal lobe, is responsible for the ability to be organized, plan, reason, and our ability to adapt to changing situations.

Frontal lobes are responsible for your movements, ability to problem solve, memory, language ability, impulsivity, being spontaneous, your ability to use social skills, and your sexual behavior.

Inflammation of the brain

Brain inflammation also proves in studies to play a factor in depression. Brain inflammation results in less plasticity due to the shrinking of brain cells and neurons not effectively firing. This leads to a decrease in brain function.

Decreased oxygen to the brain. 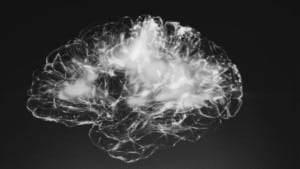 How does journaling help to relieve depression?

Being depressed creates damage to various brain functions, which adds to the challenges of managing daily life as well as the additional symptoms of depression.  The longer you are depressed, the harder it becomes.

Journaling is a great method to counter not only the mental functioning but also with the emotional turmoil, which is a part of depression.

What are the emotional and therapeutic benefits of journaling?