Liver toxicity is a condition that occurs far too often for a mostly preventable condition. It’s reversible up to a certain point, but many people pass that point of no return every year. The result of this is dreadful and usually ends fatally.

Identifying the condition early is the key to reversing the damage, but this isn’t always easy to do. In many cases, early liver toxicity doesn’t show symptoms, but the more likely scenario is that people don’t realize a symptom when they see one. This article will tell you a little about the condition and ten red flags that indicate you may have it.

What is Liver Toxicity?

There are several types of liver disease, and liver toxicity is one category of several. It can also be called toxic hepatitis, but it’s often called drug-induced liver injury (DILI). This is the term that will be used throughout the rest of the article.

The Cause of DILI 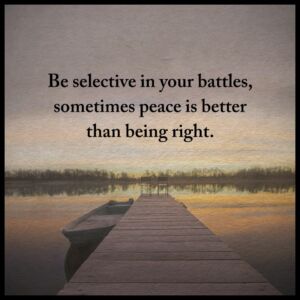 A drug overdose causes DILI. However, it’s not necessarily from illegal drugs. It can be drugs such as nonsteroidal anti-inflammatory drugs (NSAIDs), acetaminophen, cancer medications, neuropsychiatric drugs, dietary supplements, and many more. The drug that contributes to DILI the most is acetaminophen, while antibiotics are the most common class of drugs that cause the condition.

The drug overdose doesn’t have to be (and often isn’t) on purpose. It results from using the medication for too long. That’s why these medications have warning labels about how long you can safely take them. Unfortunately for over-the-counter (OTC) medications, some people don’t heed these warnings.

No matter which category of liver disease a person has, it will usually follow the same path. The first stage is the healthy liver, where nothing is wrong, and it functions normally. Healthy livers can heal themselves and/or regenerate when they are damaged.

The second stage is fibrosis. Although inflammation occurs before fibrosis, it’s not a stage because it can still be healthy. Inflammation just indicates that there is a problem.

However, if the problem is not taken care of promptly, scar tissue can develop from the damage. Fibrosis is the process of scar tissue replacing healthy tissue. The damage may still be reversible at this stage if it’s treated properly.

The third stage is cirrhosis. This is also where scar tissue replaces healthy tissue, but it’s hard scar tissue that likely can’t be reversed. Unfortunately, it’s also the stage where you may see the first signs of liver disease.

The last stage is liver failure. In this stage, the patient must seek immediate medical attention. Medical staff may try to save what’s left of their liver, but a liver transplant may be the only thing that can save the person’s life.

The best way a person can survive liver toxicity is by identifying that they have DILI early. As stated before, it may not always be obvious. However, if the person has been taking medications for a long time and has any of the symptoms below, that could warrant a doctor’s visit for some tests. Keep reading to learn more about these ten red flags that could save someone’s life if they aren’t ignored.

One of the biggest issues with symptoms of DILI is that the symptoms are so generic. They could be symptoms of a lot of other conditions that have nothing to do with the liver. There really is no specific way to tell if a person is experiencing DILI without medical tests.

If the person experiences any of these symptoms and has been taking medicine for a while, heavily drinking alcohol, or using illegal drugs, that could be a clue. However, one undisputed fact is that if a person has any of these symptoms below, there is something wrong somewhere in their body, and they should see a doctor. Here are ten red flags that could indicate DILI.

Jaundice occurs when a person has too much bilirubin in their system. Bilirubin is a bile pigment that the liver usually clears out. However, a low-functioning liver can’t effectively do this.

Jaundice is characterized by a yellowing of the eyes, skin, and mucous membranes. Doctors don’t treat jaundice. They treat whatever it caused. However, once the underlying condition is treated, jaundice usually goes away (unless your liver is failing).

While this is due to liver disease, it’s also due to jaundice. When broken down properly by the liver, bilirubin is what helps to give urine. It’s a yellow color. However, with liver disease, the bilirubin could leak from the kidneys since the liver does not process it. This means the absence of the chemical can lead to dark urine. It can get so dark that it may even be a dark brown color.

The medical term for itching due to liver disease is pruritus. There is still a lot of research on this condition, but doctors suspect it’s due to several factors that occur in just the right way. One theory that doctors suggest is bile salts. Since a low-functioning liver can’t clear them out properly, they could accumulate under the skin, causing itching. 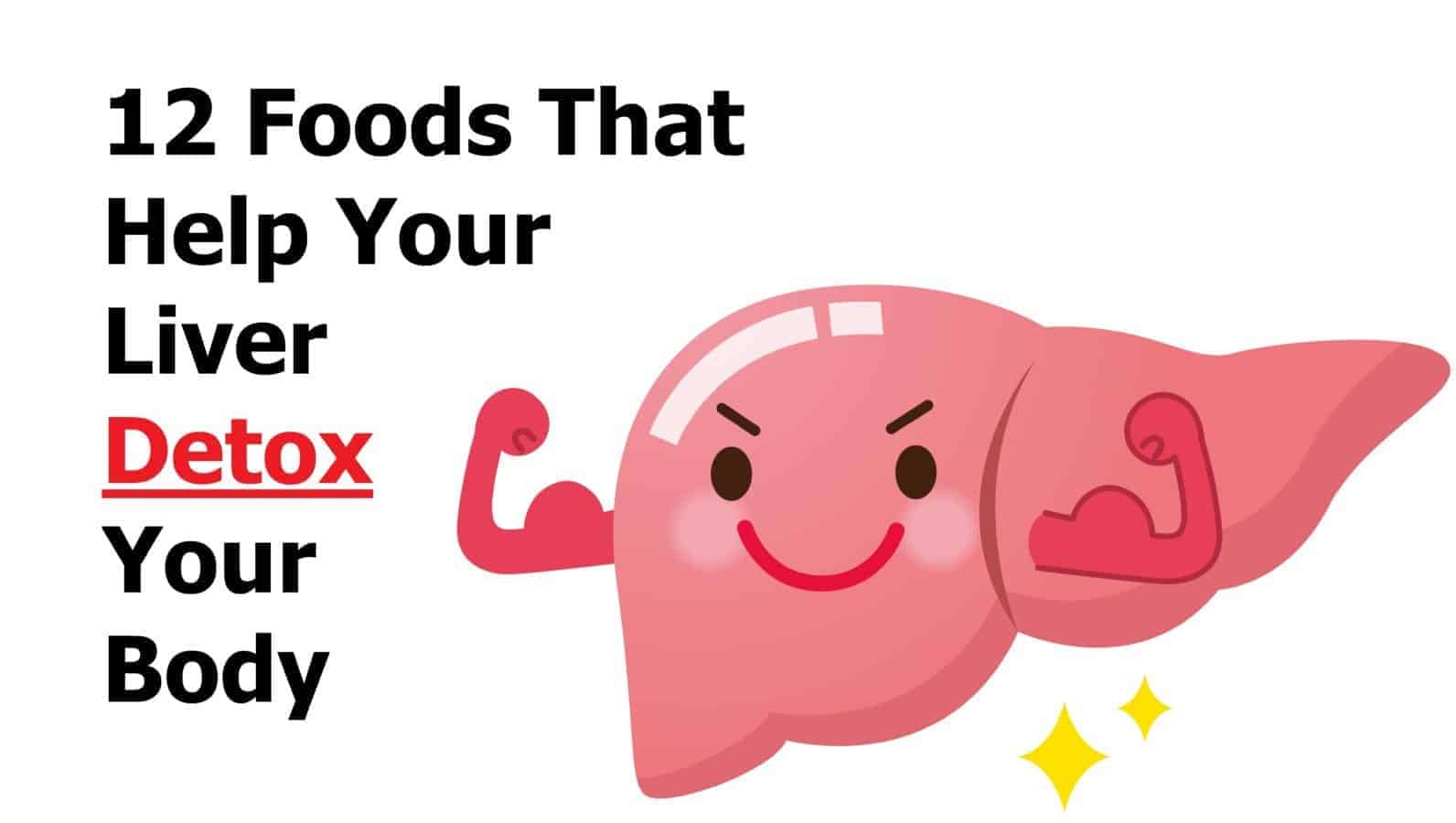 In most cases, a rash can indicate a liver disease caused by an infection, not toxicity. However, DILI can occasionally happen because of the liver not being able to filter out toxins. These toxins can settle under the skin or even interact with the skin causing negative effects that might lead to rashes.

This is one of the earliest signs of liver disease. It makes sense that the body would react this way with all the toxins that the liver can’t properly dispose of. All these toxins that spill over into your body put too much stress on your digestive system, resulting in a nauseated feeling. The vomiting is likely a direct result of liver damage.

This is a common side effect of liver damage, particularly cirrhosis. Since the liver can’t process food and waste properly, it can’t pull nutrients from food. This leads to malnutrition. While scientists are still studying weight loss due to liver damage, it’s been shown that weight loss can happen to anyone regardless of their age, gender, race, or other factors.

The abdomen is just one of several places that pain could occur due to liver disease.

There are quite a few reasons this can occur. One of the more common reasons is called ascites. This condition is a buildup of fluid in the abdomen from the leaking of the liver and intestines.

Sometimes the pain a person experiences could be from the liver itself but may feel like it’s in the abdomen. The person could also experience back pain.

Science suggests three reasons that a fever occurs from liver disease. The first is due to endotoxemia. This is when endotoxins aren’t sufficiently cleared from their blood because the liver isn’t functioning properly.

Infections could be the cause of a fever. Since the liver can’t clear bacteria as thoroughly as it should, this leaves people more susceptible to getting sick. The third reason could be due to alcohol hepatitis. Fever is one of the symptoms of this type of liver damage.

Fatigue is the most common symptom that people have due to liver disease. Scientists are still researching the reasons why fatigue occurs, but some strong theories give a reasonable explanation. One big theory is that the central neurotransmission system is affected by liver disease. The signals to the brain could be causing a fatigue response.

There isn’t an effective treatment for fatigue due to liver disease right now. However, doctors may try to offer treatments for lack of sleep if the disease causes this.

Liver disease can lead to a condition called hepatic encephalopathy. This is a condition where a person begins to lose certain cognitive functions. The condition can be mild or severe and can be acute or chronic.

Hepatic encephalopathy can be reversed with the proper treatment if it’s caught in time.