Tennis elbow is an irritation of the tissue which connects the forearm muscle to one’s elbow. Although the condition is often attributed to one who plays tennis, the tenderness arises by the continuous, repetitive motion of the wrist and arm.

It manifests itself in inflammation of the tissues outside the elbow area, but some patients state that they have pain anywhere from the wrist to the forearm leading to the elbow.

While some can discern the condition on their own, a physician should make an initial diagnosis and advise on treatment in order to curb the pain of tennis elbow. Knowing the early signs of the condition is key to getting relief from the nagging discomfort.

You might be surprised at what activities trigger the pain your tennis elbow causes for you. Painting does not seem to be an activity that would cause inflammation of the elbow area or forearm. However, any activity which requires a person to continually squeeze or tightly grip a tool to complete the movement can cause the condition. 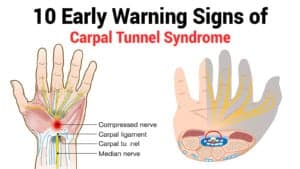 What is tendonitis, and how is it treated?

Tendonitis is another name for tennis elbow, and it arises from the repetitive motion coupled with excessive, constant gripping of a tool or instrument necessary to complete whatever activity in which you’re participating, such as painting or playing tennis.

There are specific and repetitious motions in tennis that make a person more likely to develop the condition. Using poor form when attempting to execute a one-handed backhand with a wrist extension or bending the wrist significantly when swinging forehanded. If one is serving the ball, snapping and turning the wrist using full power to do so may result in inflammation of the tendons outside of the elbow or tennis elbow.

Often, patients will ignore the signs and symptoms that point to a case of tennis elbow.

What are a few of the symptoms people often ignore that later prove to be tendonitis of the elbow?

Additionally, some atypical symptoms of tendonitis include pain stemming from the following activities:

Let’s unpack each of these symptoms for a closer look. 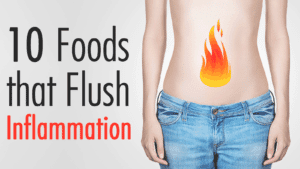 Tenderness on the outside of the elbow

After a day of doing manual labor, one might expect a little tenderness around the joints. Whether you are painting, hammering nails, or you are playing a game of tennis, you might dismiss some sensitivity around the elbow as usual. This is especially true if you do not usually participate in these activities.

Morning Stiffness of the Elbow

It is also easy to ignore morning stiffness in the elbow joint if you don’t regularly participate in those aforementioned repetitive activities, which require you to squeeze a tennis racket or a tool to complete a job. We all assume within a few days the stiffness will go away, right?

In the case of tendonitis, this may be the case. However, when other symptoms are present, you might err on the side of caution and attempt to subdue the inflammation that is present in the outer area of the elbow.

Soreness of the Forearm Muscles

As we age, we are bound to experience some pain in our bodies from time to time. We may ignore this soreness if we don’t regularly participate in activities that might bring on stiffness. We may also neglect this soreness if we refrain from taking part in activities that require us to squeeze an instrument, utensil, or other tool used to complete a job.

However, when we do this, we are only keeping the problem at bay for a short while. Although tendonitis of the elbow can be treated, one can still experience flare-ups from time to time. You may dismiss soreness of the forearm muscles as normal soreness after atypical activity.

Pain in the elbow which worsens when you grip objects

Again, this symptom is natural to ignore when you have participated in activities that are not a part of your routine. You play tennis, you paint the bathroom, or you have spent a weekend using a hammer to make repairs. Even for several days after, you may dismiss these signs and symptoms as “normal” after doing something out of your routine.

Inflammation only tends to worsen when one ignores the symptoms. They can also worsen when one does not take measures to eliminate the inflammation. However, when one believes that the pain, soreness, and swelling of tendonitis of the elbow is simply due to new, out of the ordinary activity, it is easy to skip treatment assuming the pain will go away on its own.

While the previous symptoms are often ignored by the patient due to the assumption that the irritation can be attributed to another cause, there are other signs and symptoms of tennis elbow that aren’t necessarily associated with tendonitis. These symptoms are often not necessarily ignored but dismissed by the patient. However, they all point to a case of tendonitis, and they should be treated before the condition worsens.

Pain when Opening a Door

Keep in mind that doctors state one of the chief causes of tendonitis in the elbow is the repeated grasping or squeezing of an object. It makes sense that people who are experiencing tendonitis of the elbow would experience pain when attempting to grasp a doorknob and twist the object.

Yes, one of the most overlooked symptoms of tendonitis of the elbow is one’s inability to grasp everyday objects without pain. Something as simple – and as standard – as opening a door can be a sign of tendonitis.

What do people attribute this pain to? There is no particular cause. Plus, if this occurs without the presence of other symptoms, one may not associate the pain experienced when attempting to grasp and twist a doorknob as something caused by tendonitis in the elbow.

Think about one of the chief causes of tendonitis in the elbow – repetitive grasping of an object. What takes place when you shake someone’s hand? You grasp the other person’s hand and squeeze.

There are many reasons that one might ignore this symptom of tendonitis in the elbow. We may not shake hands with others regularly (at least not the traditional handshake, anyway). If this is the case, we may attribute the pain to an isolated incident. Just as one might with grasping and twisting a doorknob, if we happen to have no other symptoms of tendonitis in the elbow, we may assume that the pain of a handshake is nothing to worry about.

Pain When Raising one’s Hand or Straightening the Wrist

This point seems a little obvious as to why we might not associate tendonitis in the elbow with this type of pain, especially when it comes to raising one’s hand. We tend to associate the pain from raising one’s hand with the shoulder; after all, the joint is integral in helping us raise our hands, right? Remember that tennis elbow is an inflammation of one’s tissues outside the elbow, the tissue that connects the forearm to the elbow.

We tend to forget that all tendons in the arm work together to help us carry out a range of different motions, even those around the elbow.

We might also neglect wrist pain or at least attribute it to something else rather than tendonitis of the elbow. Again, remember that all these tendons work together for our benefit.