Carpal tunnel syndrome is a condition caused by pressure on the median nerve on the palm side of the hand at the junction of the wrist. The condition is caused by the narrowing of the bone tunnel that conducts the nerve, swelling, and other conditions that compress the nerve. Excessive use of the hands and specific health conditions are the most likely causes of the syndrome.

Digital technology encourages people to work with mobile phones and keyboards during work and leisure hours. The constant manipulation of the fingers causes inflammation, puts pressure on the median nerve, and aggravates multiple nervous systems. Many labor-intensive jobs do the same.

The Causes of Carpal Tunnel Syndrome

Excess pressure on your wrist is the primary reason why the median nerve becomes inflamed. Most people who develop the syndrome do so because of an underlying medical condition. Some of the conditions that make you more likely to develop median nerve compression include:

The symptoms of carpal tunnel syndrome include pain, tingling, electric-type shocks, and numbness, especially of the thumb and the first and middle fingers. Swelling in the wrist compresses the median nerve, and anything that causes swelling or blocks the flow of blood can trigger or aggravate carpal syndrome. Some of the triggers include:

Women develop the syndrome three times as often as men, and the condition is most common in people from the ages of 30 to 60. Carpal tunnel syndrome can also trigger mental issues when you can’t perform some tasks as well as you have in the past – especially when you’re in your prime productive years.

If you have problems caused by reduced performance in sports, work, or personal activities, you can often work through these problems with a positive attitude. You don’t need to lose your spark with median compression symptoms because they’re highly treatable with therapy, nutrition, exercise, positive mental focus, and, in severe cases, surgical intervention.

Similar symptoms are experienced by people with related disorders of the hand and nervous system. Two of these associated disorders include cubital tunnel and radial tunnel syndromes.

Cubital tunnel syndrome – also known as ulnar neuropathy – is caused by increased pressure on the ulnar nerve, which is located in the area of the elbow that’s commonly called the funny bone. Excessive phone use, leaning your elbows on a hard surface for extended periods, and sleeping in the wrong position are common causes of the disorder.

Baseball players often develop the condition, and some of the same triggers of median nerve compression also apply. The symptoms of cubital tunnel syndrome include pain, tingling, and numbness of the elbow and the little and ring fingers. More advanced symptoms include:

Radial tunnel syndrome is more common among women between the ages of 30 and 50 years old. The condition is caused by pressure on the radial nerve, and the pain affects the elbow and can radiate to the wrist and fingers.

The underlying causes of the nerve compression include pressure on the forearm and inflammation caused by repetitive arm and hand motions. The condition is rarer than the other two, and the compression actually involves the interosseous nerve, which is a part of the radial nerve system.

Symptoms of the disorder include elbow pain and trouble extending the wrist and middle finger. The pain intensifies when you extend the wrist or rest the forearm on a hard surface.

Getting a Medical Diagnosis

It’s essential to get a medical diagnosis for any conditions affecting the hand, wrist, elbow, and fingers. There are different options for treating carpal, radial, and cubital tunnel syndromes. If you eventually need surgery to correct the problem, different areas of the arm are involved.

The symptoms of both carpal and cubital tunnel syndromes are often the same. The early signs include burning, numbness, and tingling in your fingers, which is similar to your hand falling asleep under certain kinds of pressure. The cubital syndrome affects the ring and little finger, but median nerve compression affects every digit except the little finger. More advanced symptoms include the following:

The National Institutes of Health report that clinical studies have confirmed that a strong mind-body connection can provide relief from hand pain and numbness through acupuncture.  The study’s patients reported pain relief, and the subjective opinions were confirmed by monitoring the somatosensory cortex of the brain and median nerve conduction after stimulation.

Positivity has long been known to improve all kinds of health conditions. Developing a positive attitude and following a course of therapeutic exercises are ways to banish negativity and stay positive.

Treatments for Relieving Pain and Symptoms

You can get relief from carpal syndrome symptoms with various therapies. These include soaking your wrist in warm water, wearing a wrist splint, and merely taking regular breaks from repetitive work. Shots of cortisone can also provide pain relief if natural remedies fail.

Hand therapies can also provide relief for your symptoms. Some of the most common types of treatments include:

These exercises should give you a good idea of what kind of therapy works. You can come up with your own exercises based on using these techniques.

It’s essential to watch your eating habits if you suffer from chronic carpal or cubital tunnel syndromes. It’s important to eat a healthy diet to strengthen your body’s resources. Avoid salt, fats, and artery-clogging foods.

Most people drink sugary beverages, but you should drink lots of water.

Dietitians reveal that the six best foods to eat for median nerve remediation include spinach, red bell peppers, salmon, walnuts, pineapple and turmeric, the spice that gives curry powder its yellow color.  You can improve carpal tunnel syndrome with better blood circulation, which is the primary benefit of the powerhouse supplement gingko Biloba. 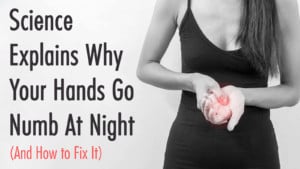 You can live with chronic carpal tunnel syndrome, even if your job requires lots of work using your hands. Wear a splint, take regular work breaks, and perform daily therapeutic routines to strengthen your hand and relieve pressure on your wrist. In cases where your symptoms are severe, you can get complete relief with either cortisone injections or surgical procedures that ease the pressure of the “tunnel” that compresses the median nerve.