Gingko Biloba also called the ‘maidenhair tree,’ is an ancient tree native to China. Gingko Biloba is the last remaining species of the Ginkgophyte family.

And here’s an interesting fact–Gingko trees date back to the Triassic period from around 201 to 252 million years ago! In fact, a Gingko tree can live up to 1,000 years and ascend to a height of 120 feet.

Gingko offers numerous proposed health benefits. Thus, it is one of the best-selling herbal supplements in the United States and Europe.

In this article, we’re going to focus on the proven health benefits of ginkgo.

In traditional Chinese medicine, health practitioners administered gingko seeds to their patients. It allowed the unobstructed passage of energy to different organs. As it turns out, these early advocates of gingko were onto something.

Fast-forward to today, and one of the better-researched areas of Gingko Biloba is increasing blood circulation. In a 2008 study published in the journal Phytotherapy Research, Chinese scientists tested the efficacy of GBE in treating patients of coronary artery disease, or CAD.

In the research, 80 CAD patients received either GBE or a placebo. Researchers then measured patient circulation using ultrasound (‘Doppler ultrasonography’). Patients who underwent GBE treatment showed “significant improvement” in blood flow to the left anterior descending artery, implicated in lowering the risk or improving the symptoms of CAD.

The research returned mixed results for the effect of GBE on dementia symptoms. However, some evidence suggests that it may help in some cases. Also, Gingko may help to reduce specific psychiatric symptoms such as anxiety.

In a meta-analysis published in the journal Current Topics in Medicinal Chemistry, researchers “explore[ed] the effectiveness and safety of Gingko Biloba in treating mild cognitive impairment and Alzheimer’s disease.”

In a systematic review published in the journal Evidence-Based Complementary and Alternative Medicine, researchers analyzed the results of eleven randomized control trial (RCT) studies. Study participants had a diagnosis of Alzheimer’s disease (AD).

Less clear is the effect of GBE and other forms of gingko on the cognitive function of otherwise healthy individuals. Some evidence suggests that GBE effects are “non-significant” for this demographic.

A decent amount of research points to gingko minimizing the symptoms of anxiety.

In a randomized study published in the Journal of Psychiatric Research of 107 people with a generalized anxiety disorder (GED) or adjustment disorder with anxious mood (ADWAM) were given 240 milligrams (mg) of GBE, 480 mg of GBE, or a placebo over four weeks. After this time, the participants were assessed for feelings of anxiety, tension, and aggression.

The measurement instrument used in the study was the Hamilton Anxiety Rating Scale (HAM-A). The HAM-A has a total score range of 0 to 56 points. HAMA scores decreased significantly for GBE users, by 14 and 12 points for the 480 mg and 240 mg doses, respectively.

Some researchers posit that the anti-inflammatory properties of gingko contribute to its ability to lessen depressive symptoms. An article published in the journal Handbook of Experimental Pharmacology explains the correlation between inflammation and depression:

“Chronic exposure to increased inflammation … [drives] changes in neurotransmitters and neurocircuits that lead to depressive symptoms.” Higher than normal inflammation levels may also interfere with the efficiency of antidepressant medication, the researchers add.

Speaking of anti-inflammatory, it turns out that ginkgo is a potent agent for counteracting the dangerous long-term effects of chronic inflammation. In fact, the inflammation-fighting properties of Gingko Biloba are the biggest reason why the herb has such a wide variety of health uses.

Chronic inflammation means that the immune response is out of whack – and this can cause severe damage. A dysfunctional inflammatory response can damage healthy cells, organs, and tissues, leading to DNA damage, internal scarring, and tissue death.

Multiple studies over the years have demonstrated the powerful anti-inflammatory effects of gingko. In a 2008 study published in the journal Carcinogenesis, researchers from the University of South Carolina found that standardized GBE can “prevent and treat colitis,” a chronic inflammatory condition of the colon.

While research into the effects of gingko on eye health and vision is still in the relatively early phases, preliminary studies have shown some potential. Per the Mayo Clinic, there’s at least some evidence that ginkgo may prevent the worsening of age-related macular degeneration, which is the leading cause of vision loss into old age.

In a study published in the journal Current Opinion in Ophthalmology, GBE supplementation increased blood flow to the eyes of patients with glaucoma. Per the authors: “GBE has been shown to have … vascular effects, making it potentially effective in treating glaucoma.”

Researchers attribute these effects to the vasodilation properties of ginkgo. Vasodilation is the medical term for the widening of the blood vessels, which promotes the passage of blood.

In a study published in the American Journal of Hypertension, researchers tested the effects of a 240 mg daily dose of GBE on blood pressure and incident hypertension. The study’s participants included 3,069 elderly subjects with an average age of 79 years.

At follow-up, the researchers discovered a decrease in the number of hypertensive individuals and an increase in ‘normotensives’ – those within a healthy blood pressure range.

In another study of individuals aged 21 to 57 years, a daily intake of 120 mg of Gingko Biloba for three months lowered blood pressure. A reduction of 6 percent and 21 percent in systolic and diastolic BP was found, respectively.

Typical migraine symptoms include a throbbing headache, fatigue, dizziness, loss of appetite, nausea and vomiting, sensitivity to light and sound, and pale skin.

Although there are relatively few studies that focus on gingko as a migraine treatment, some evidence exists that it may be beneficial. In one small study, 50 Italian women suffering from migraines took gingko supplements over four months.

In another study of school-aged children, the combination of Gingko Biloba along with coenzyme Q10, riboflavin, and magnesium led to a reduction in the number of migraine attacks.

Some research points to a potential beneficial effect of Gingko Biloba on asthma and chronic obstructive pulmonary disease (COPD). Benefits are attributed to the anti-inflammatory properties of gingko, which theoretically reduces the inflammation in the airways and lungs.

In a study published in the Journal of Huazhong University of Science and Technology, 75 patients with asthma were split into four groups. One of the groups received a combination of traditional asthma medicine (fluticasone) and GBE. Researchers concluded the following:

“GBE [can] significantly decrease … inflammatory cells … in the asthmatic airway and relieve the airway inflammation,” noting that “GBE may be used as a complement to … therapy for asthma.” 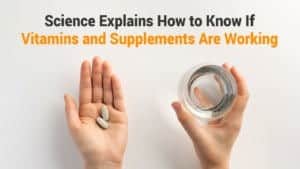 Gingko Biloba, particularly gingko Biloba extract, contains properties that resemble those of stimulants. For this reason, children should not take gingko supplements.

Gingko may produce negative interactions when consumed with certain medications. Do not take gingko if you are on any of the following over-the-counter or prescription medicines:

As a general rule, for your safety, speak with your doctor or other qualified health professionals before taking any form of gingko. 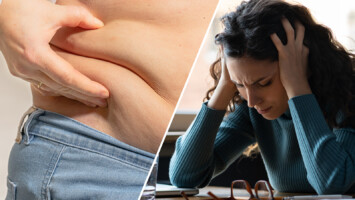 5 Causes of Brain Inflammation (And How to Avoid It)

Brain inflammation, otherwise known as neuroinflammation, can occur for numerous reasons. Just as our bodies can bec... 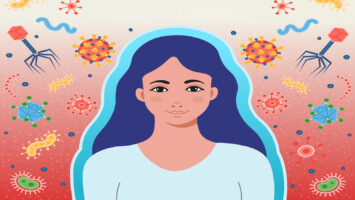 A healthy immune system is a central part of survival and protection. It includes many organs throughout the body's ... 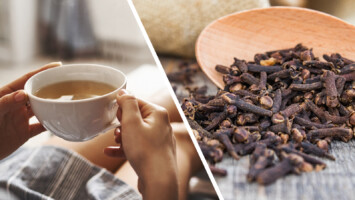 Many folks are turning to a holistic approach to managing their health. It's believed that there's no ailment your b... 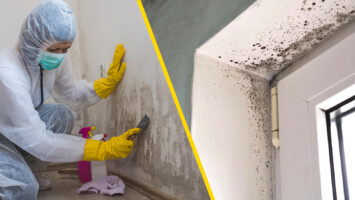 11 Tips for Mold Detox, According to Science

Do you need to perform a mold detox? How harmful are the spores to your health? Fungus and molds are part of the ... 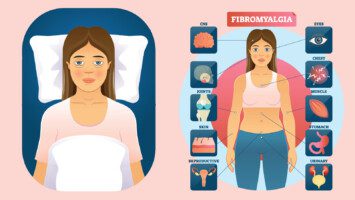 10 Signs of Fibromyalgia to Never Ignore

Fibromyalgia is a long-lasting condition best known for causing widespread muscle pain or weakness throughout the bo... 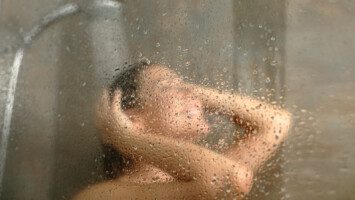 There’s nothing more refreshing than a warm shower or luxurious bath. Your body is sparkling clean as all you wash y...