According to a study published by the National Institute of Health, more than 43 million Americans are struggling with chronic inflammation as a result of osteoarthritis or rheumatoid arthritis. And in a separate study published by the Asthma and Allergy Foundation of America, more than 50 million Americans struggle with combined seasonal or food allergies that can cause various parts of the body to become inflamed.

In most cases, inflammation caused by arthritis or allergies can be brought under control with the use of anti-inflammatory or antihistamine medication. However, some people oppose taking medication. So, you will be happy to know that an anti-inflammatory diet can also provide some much-needed relief.

WHAT IS AN ANTI-INFLAMMATORY DIET?

Those free radicals are unstable atoms that can damage cells and also cause illness and premature aging. Although the body produces free radicals naturally, lifestyle and environmental factors can trigger an uptick in their production, some of which include

WHAT YOU SHOULD KNOW ABOUT AN ANTI-INFLAMMATORY DIET

An anti-inflammatory-based diet is very similar to the Mediterranean diet in that they both place a strong emphasis on consuming more fish, healthy fats, and whole grains to improve heart health, lose weight, and reduce inflammation. The anti-inflammatory diet is also commonly recommended by physicians, nutritionists, and dieticians as an add-on therapy for those struggling with health conditions that are made worse by severe inflammation. Some of these health conditions include

WHAT FOODS SHOULD YOU EAT WHILE FOLLOWING AN ANTI-INFLAMMATORY-BASED DIET?

Several studies show that food can play a critical role when it comes to the level of inflammation that occurs in the body. While some foods can trigger the condition, others are effective when it comes to getting it under control. With that, let’s take a look at some of the foods that you should eat while following an anti-inflammatory diet:

As previously noted, antioxidants not only combats inflammation but also protects against a host of diseases. With that in mind, you should consider adding the following antioxidant-rich foods to your diet:

Along with these delicious fruits and vegetables, antioxidants are available in beans, nuts, and dark chocolate that contains 7 percent or more cocoa.

FOODS TO AVOID WHILE FOLLOWING AN ANTI-INFLAMMATORY-BASED DIET

All in all, foods that contain omega-6 fatty acids can still be part of a well-balanced, anti-inflammatory-based diet; however, it is in your best interest to consume them in moderation if you are prone to inflammation.

While following an anti-inflammatory-based diet, it is a good idea to avoid consuming too many simple carbohydrates. Some might even go as far as to say that they should be restricted from the diet altogether. For those who may not be as familiar with simple carbs, they are the type of carbohydrates that are quickly broken down in the body and are commonly found in processed and refined sugars, namely candy, granulated sugar, syrups, and sodas. These foods have been known to cause inflammation. More than that, they also have a high glycemic index, which means that they can trigger a spike in blood glucose levels. That said, if you have diabetes, it would be in your best interest to restrict simple carbs from your diet as doing so will minimize the risk of possible diabetic complications.

HOW LONG BEFORE YOU SEE RESULTS?

If you’re following an anti-inflammatory-based diet strictly to relieve inflammation, it can take several weeks or even months before you will see results. In the meanwhile, however, following the diet will help you lose weight and also lower your chances of developing certain chronic diseases while awaiting relief from painful inflammation symptoms.

WHAT YOU SHOULD KNOW ABOUT INFLAMMATION

Now that we have a better understanding of what an anti-inflammatory diet entails and the health benefits that come with following it let’s take a moment to learn more about inflammation. First and foremost, an anti-inflammatory diet may not be as effective when it comes to relieving inflammation caused by rheumatoid arthritis. After all, rheumatoid arthritis is an autoimmune disorder. Therefore, dietary changes alone may not be enough to provide significant relief from painful inflammation. In some cases, inflammation is a byproduct of leading a sedentary lifestyle. According to the CDC, exercising for a minimum of 60 minutes each day is a great way to reduce inflammation and also improve your overall health.

Along with consuming a healthy, well-balanced diet, getting enough sleep is another great way to keep painful inflammation at bay. After all, one of the biggest tell-tale signs of sleep deprivation is increased inflammation. According to a study published by the National Sleep Foundation, adults between the ages of 18 and 64 should aim for 7 to 9 hours of sleep each night. And those who are over the age of 64 should aim for 7 to 8 hours. It is also worth noting that certain supplements can help ease inflammation. Some of these supplements, which have been approved by the Arthritis Foundation, include the following: 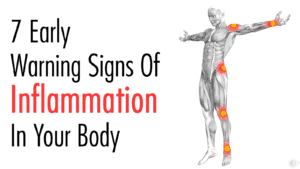 All in all, an anti-inflammatory-based diet, which entails replacing processed foods with healthy, nutrient-dense foods, is a great way to relieve inflammation. And it can also help you lose weight, reduce your risk of developing certain diseases, and improve your overall health. Of course, to maximize these benefits, you should exercise and also take some of the supplements detailed in this article. Lastly, it is always a good idea to seek the advice of a nutritionist or physician before making any drastic changes to your diet or starting a new exercise regimen.