There is a lot of controversy and disagreement surrounding the topic of children and technology. How much access should they have to it? What sites can they visit? Is social media fine or not? Can kids make friends online? How much privacy should they have?

There are many factors to consider when deciding on the answers to these questions. We’re not going to tell you how to parent your child – that’s your job! But we will give you the information you need to make crucial decisions regarding their access to social media and the rest of the Internet.

1.    They Can Become Addicted

Addiction is a common issue with social media, and it’s the one that gets brought up most commonly. Repeatedly and compulsive checking messages and feeds on social media can quickly become an addiction.

This obsession stems from the fact that MRI scans show that receiving shares, likes, and other forms of positive social media feedback can light up the brain’s reward center. At a young age – and even more so in adolescence – the brain’s circuitry for rewards is highly sensitized, causing young people to be even more influenced by the praise of the Internet. Coupled with a human’s natural drive to socialize, it can develop into an addiction.

Young people who become addicted to social media often wind up spending hours on different platforms, continually refreshing their feeds, rewatching videos, and even obsessing over the performance of their own posts. This addiction can affect school grades, study time, physical activity, and other daily tasks. Many children check their social media upwards of a hundred times daily, even while in school!

2.    They Are More Empathetic and Connected To People They Care About

Social media has made us more connected to each other than ever before. Family and friends living on the other side of the world can be spoken to and interacted with in real-time. It’s an incredible benefit that has some positive effects on children.

While in-person social interaction is also still significant (and we’ll talk more about that later), there’s no denying that the connectivity of social media is making children grow up as more considerate and relationship-oriented people. They learn the following:

The blue light that comes from smartphones can harm the natural sleep cycle, preventing the body from producing enough melatonin to make your child sleepy. Even blue light filters aren’t powerful enough to reverse the damage this can do to a sleep cycle.

In addition, the draw of boredom or a perceived inability to sleep can cause a kid to sneak a peek at their phone before bed. This habit can cause them to get distracted, wasting hours that should have been spent asleep on browsing the Internet.

The fact is that many people need several minutes to calm down and wind down enough for sleep to come. When a child, used to the constant occupation of the Internet, has to lie down, unmoving, for ten minutes, they may feel compelled to check their phone when they notice sleep isn’t arriving for them.

4.    They Pick Up Useful Technical Skills

We live in a digital age. Even today, computer literacy and technical skills are a common requirement of virtually any job. By the time your kids are out seeking work of their own, it won’t just be mandatory; technical skills will be a bare minimum requirement.

When children spend time online, they are picking up on all sorts of technical skills and implementing that into their everyday lives. These skills may not have been essential when you were growing up, but they are today – just like how cursive was such a crucial part of learning writing years ago, digital literacy is vital today. They can learn skills like:

Kids learn relatively quickly, so it doesn’t take much screen time for them to pick up on skills. Encourage them to learn the functions of computers and other devices in a positive way; it will do them well in the long-run.

5.    Their Interests May Become More Shallow

Social media, unfortunately, is full of artificial and superficial content. Many people post images that are edited, posts that are embellished or exaggerated, or other material that attempts to show their most positive sides.

Children may then attempt to imitate what they see on social media, and they can develop what is commonly referred to as FOMO – the fear of missing out. They observe that their friends are getting new phones, going to cool places, and wearing trendy clothing, and they want to do the same thing. This causes their focus to shift to the shallow.

Many children also cannot reasonably differentiate between the fake online world and the real one. To them, it is not only plausible but highly likely that their friends and popular influencers are leading these amazing lives. They don’t yet understand how it is all at least partially fake.  To be more like the influencers they love, they may spend a lot of time:

Creativity is a fantastic thing in anyone, but even more so in children. It’s how your little genius begins to grow and learn! The online world is a tremendous outlet for creativity. Just take a look at the young people who:

Unfortunately, though children can be so much more connected to other people through the Internet, they cannot adequately garner social skills from an online interaction. This is because a considerable number of communicative cues can only be perceived in person, says UCLA College professor of psychology Patricia Greenfield.

Nonverbal cues, such as body language, facial expressions, intonation, and even eye contact, aren’t discernable online. This means that a child who only interacts with people online won’t learn the necessary social skills to perform them in person properly.

This is a bit of a “paradox” of sorts, if you will, as this means that social media can both cause and restrict empathy. A balance of social media interaction and real-life interaction can help to even the playing field for your child, especially if you work on encouraging a lot of in-person social skills early on in their life.

The Internet is full of all kinds of content – some more positive than others. There’s no way to filter what your child sees, and even child-locks and website blocks are not foolproof. A child on the Internet can have access to and attempt to copy:

Make sure you monitor your kid’s Internet usage so that you are always aware of what kinds of websites they visit. There’s a difference between granting your child some privacy on their private social media and flat-out not laying ground rules for sites they can visit. 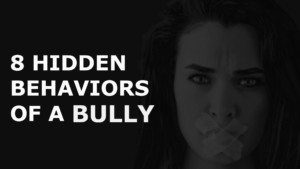 The most significant strain that technology imposes on our children is mental health-related. The scope of these issues that come from social media and the Internet is difficult to fully encompass, as they cover a broad range of topics. As such, here are some facts and statistics about the matter.

On school days, children who spend upwards of 3 hours on social media have an increased risk of mental health problem development due to the potential for delayed positive social and emotional growth.