We live in a state of perpetual duality and relativity. Separate things seem to be happening all of the time.

In simple terms, duality means the innate, seemingly indisputable belief that we are separate from one another. Meanwhile, “All things are relative” is the individualistic notion that perception is the reality.

Most of us unquestioningly accept the view that we are not affected one way or another by the presence or experiences of other human beings, animals, or other living organisms. “Out of sight, out of mind” in other words.

Duality is also where science dwells. With the scientific method as its core tenet, every branch of science – biology, chemistry, physics, astronomy, and so on – relies entirely on empirical evidence — things which you can observe and verify.

Now, there’s nothing inherently wrong with having a materialistic viewpoint of existence. Holding the view that we’re here because of a random series of increasingly unlikely events is fine, even if (in this writer’s humble opinion and experience) incorrect.

It’s the outright disregard of subjective, and often verifiable, experience– that’s the problem.

But still, there are times when we break the mold. There are times when the greater we experience things that defy rational thought, and science tries to explain them away. These rare happenings garner so much attention that science is either compelled or commanded to investigate.

Unsurprisingly, many of the topics studied by science regarding extraordinary phenomena revolve around connections between human beings.

Here are some examples of some of those topics:

All of these things have been reported, verified, and subsequently dismissed by scientists are being irrelevant, illogical happenstance.

So, it is rare indeed when science gets behind phenomena that can be interpreted as spiritual or mystical. This case is true even if they would never utter such words.

The truth so apparent to us who don’t don a white lab coat is that people are somehow connected in a way that can’t be explained by science. Well, at least not yet.

It is in this spirit that we discuss one of the most recent phenomena that scientists are studying regarding human connection.

“There’s an obvious contagious effect with our emotional and cognitive experiences; we’re constantly affected by others and their emotional states.”

Modern psychology’s definition of co-regulation is:

“A continuous unfolding of individual action that is susceptible to being continuously modified by the continuously changing actions of the partner.”

Basically, two people can pick up on and respond to the emotions, thoughts, physical interactions, and unconscious ‘energy’ of one another with astounding accuracy. In some cases, the behaviors of one person (or little person, as we’ll discuss below) defy logical explanation.

Take, for example, a mother who is near her six-month-old. One minute the mother is playful and joyous around her child; she’s interacting with the baby and showing genuine love and affection.

Consider that mother who withdraws the affection and looks at her child without expression (“stone-faced”). That child will display behaviors considered to be well beyond the normal capabilities of someone in their age range. And all of that is an attempt to regain her mother’s attention.

For example, the baby may throw up their arms in apparent but controlled exasperation – or point somewhere off in the distance in a deliberate effort to get the mother to change their stone-faced look. In other words, the child interprets what’s happening and acts in a deliberate, intelligent, mature manner in the attempt to change the situation.

But what about these “normal” scenarios that play out in daily life?

Like when someone else within earshot of you is angry, your flight-or-flight system kicks in, signaling your adrenal glands to produce cortisol?

Or when you get home from work stressed out and, without uttering a word, your loved ones and pets give you your space?

How about when you pick up the phone and can immediately feel the distress of your loved one?

Or when dogs rush to the aid of a stranger crying while ignoring everyone else in their path, including their owners?

Are any of these occurrences any less phenomenal? Or have we become so fixated on the “normalcy” of it all that we don’t realize just how truly remarkable these things are?

Dr. Ron Manley, a registered clinical psychologist, based in Vancouver, Canada, posits that co-regulation therapy “can serve as a platform for a grounded … spiritual life.” Indeed, Manley sees it as an indispensable model of treatment that promotes holistic healing – and one that overlaps with “spirituality … mindfulness … and nondual realization.”

In Manley’s view, many psychological phenomena remain unexplained because science is looking in the wrong place. Similar to many of the spiritual teachers and ‘enlightened’ beings in history, this clinical psychologist places much of the blame at the feet of Rene Descartes, the French philosopher who famously – and in Manley’s opinion – mistakenly said: “I think. Therefore, I am.”

Five words that have effectively “separated body and mind … resulting in a Cartesian dualism that has persisted to the current day,” writes Manley. 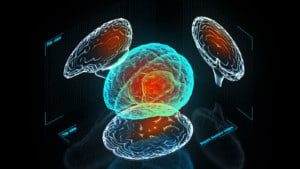 “The greater the scientist, the more he is impressed with his ignorance of reality, and the more that he realizes that his laws and labels, descriptions and definitions, are the products of his own thought.”

Scientists are brilliant people who have made and continue to make life-changing discoveries for society’s betterment. The problem isn’t with scientists themselves. Instead, it’s the scientific establishment that takes a materialist approach to solve every problem.

Nevermind that this is the same approach that created the problem in the first place.

And there was a time – as stated by the brilliant Alan Watts in the above quote– when scientists were both extraordinarily brilliant and humble about what they don’t know.

Because in the world that Ron Manley lives in, he’s a rare breed. There’s no room for the subjective. Don’t even think about muttering the words “spirituality” or “nondualism” in Science’s house. Science is God, according to many, if not most, of the materialist skeptics.

– Neanderthals being ancestors to modern humans

– The Earth is the only planet with water