Ever wish that you were happier?

Long hours at the office, a lack of sleep, poor nutrition and other stressors chip away at your happiness. And that leaves you feeling less than savory at the end of the day. If you find yourself feeling stressed or flooded with this kind of negative energy, it’s important to remember that you are in control of  your thoughts, and ultimately, your life.

It is up to you to get happier, and to do that, positive changes must be made.

It’s a proven fact that more people in this world want happiness in their life over being rich or famous.  Unlike becoming rich and/or famous, reaching your own state of happification doesn’t have to be hard.  In fact, it can be FUN when you use proven methods that work best for you.    The great part about happiness is that ANYONE can find it.  Here are 5 of our favorites:

The ancient secrets of green tea have always been revered for its soothing and relaxing qualities.  This sweet little leaf has also been shown to improve mood. A University study released scientific results showing that people who consumed green tea were more relaxed, attentive, and in a better mood overall. So sit down, have a cup, and cheer up!

Exercise releases proteins and endorphins in the brain that makes us happier, acting as a cure (and preventative agent) for depression, anxiety, low self-esteem and many other afflictions.

A study published by the National Institutes of Health can reduce anxiety, improve mood, increase brain power and provide many other health benefits.  More research has also revealed that if you exercise within the first 20 minutes of being active, you’ll witness the benefits of having a better day overall.

Numerous scientific studies (over 200 in 2013) concluded that there are many positive benefits to meditation, including statements from the American Medical Association that say meditation is a beneficial practice.

One study in particular involved Neuroscientists at Harvard University who conducted a study that shows the brain can be physically changed with meditative practice.

In the study, Anatomical magnetic resonance images (MRI) were taken of 16 healthy participants before and after they underwent an 8-week Mindfulness-Based Stress Reduction (MBSR) program. This program is one of the most widely-practiced by those seeking better mental functioning and emotional control.

After the program was completed, the second set of MRI scans were taken. The images showed increased gray matter concentration in 4 regions of the brain, including the hippocampus and cerebellum, responsible for learning and memory processes and emotional regulation! The participants reported improved mental processing, emotional balance, and other benefits.

With all of this scientific support, it’s easy to see why meditation should be instantly recognized as a go-to source to get happier!

Sleep helps the body recover and repair, and also helps us focus and be more productive. It turns out, it’s also important for our happiness.

In the book titled NurtureShock, authors Po Bronson and Ashley Merryman recall one specific study that revealed sleep-deprived people fail to recall positive memories, as well as negative ones.  In one experiment, sleep-deprived college students tried to memorize a list of words. They only remembered 81% of negative terms. However, they could only remember 31% of neutral or positive words. 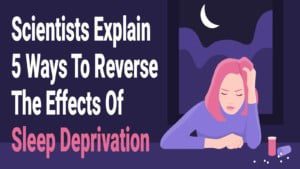 Another study using facial recognitions proved that naps can block, or even reverse negative emotional reactions, while simultaneously boosting happy ones.

How well (and long) you sleep has a powerful effect on how you feel and your overall attitude throughout the day. Even the simple act of going to bed earlier has been shown to improve your sense of humor!