The tragedy of sexual abusive relationships

According to the Rape, Abuse & Incest Network (RAINN), a person is sexually abused every 68 seconds in the United States. Every 8 minutes, the victim is an underage person.

Only 6 out of every 1,000 perpetrators of sexual abuse are jailed or imprisoned. Statistics are helpful to a point, but there is no number – no words – that can adequately describe the tragedy that is sexual abuse.

And sexual abuse is not always apparent. Many abusers are cunning manipulators. It isn’t uncommon for a victim of sexual abuse to experience a period of self-admonishment; faulting themselves for not recognizing the abuse.

Especially in a romantic partnership.

Who would suspect their partner to commit such an atrocity? The truth is that sexual abuse by intimate partners is far more prevalent than most people realize.

“Sexual narcissism can be defined as a grandiose sense of one’s sexual prowess which, in the mind of the sexual narcissist, entitles him or her to engage in acts of emotional and physical manipulation at the partner’s expense.”  ~ Preston Ni, M.S.B.A.

5 Signs of  You Are With a Sexually Abusive Partner 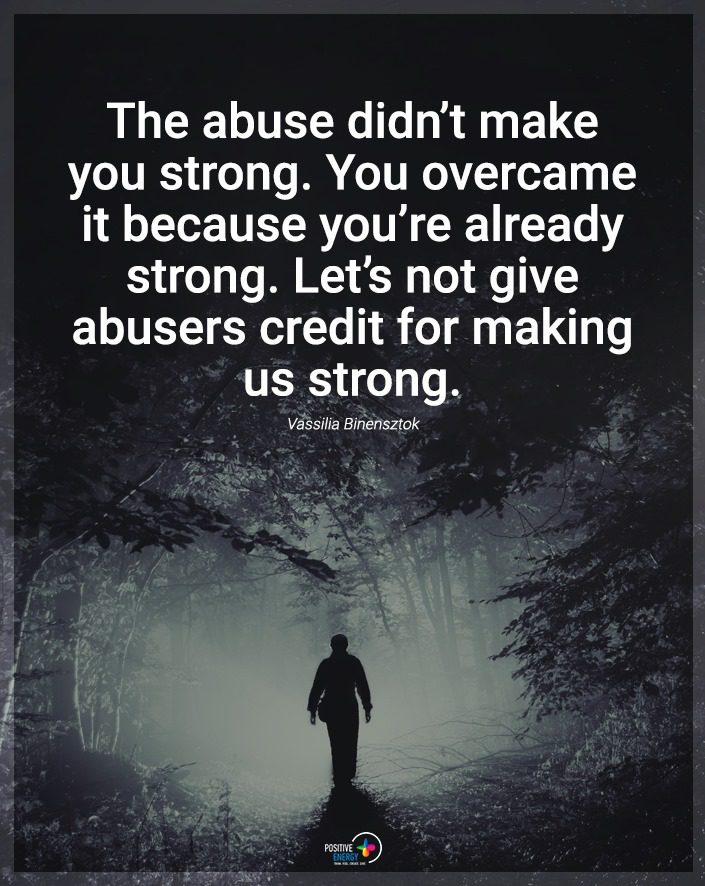 Most people who suffer from anxiety disorders don’t know why. However, for sexual abuse victims, this tension is directly attributable to the loss of bodily sovereignty. In other words, the sense of control over their own body has been taken away.

In the context of a partnership, this anxiety will surface often; including before, during, and after intercourse. Some victims become fearful and may suffer panic attacks, agoraphobia, or post-traumatic stress disorder (PTSD.)

This sign is also related to the loss of bodily autonomy. Victims usually develop some degree of depression; they may feel despondent, hopeless, or suffer from an impaired sense of self-worth. These feelings often range from mild to debilitating. Consider this finding by psychologist Ellen McGrath:

“In almost every case of significant adult depression, some form of abuse was experienced in childhood, either physical, sexual, emotional or, often, a combination.”

3. A sense of Inferiority

Abusers who target their partner do so out of the need to feel superior and in control – this is the narcissistic side of sexual abuse.

Every action of the abuser stems from their own inadequacies and insecurity. As such, it is common for the abuser to “target their partners for ridicule, shame, sarcasm, and overall marginalization,” says Preston Ni.

Fear of retaliation often stems from being uncomfortable about the situation. For example, we’re all a bit hesitant when trying something new in the bedroom; but engaging in a sexual act and feeling uncomfortable with it, and becoming fearful at the thought of telling your partner about your discomfort are two entirely different things.

Sex should be intimate, loving, and fun. Under normal circumstances, two adults engage in sex because it’s enjoyable. For the victim of sexual abuse, there is no pleasure to be had from sex with their “partner.”

When a person is too absorbed in their own satisfaction, they inevitably demonstrate little to no concern for others’ well-being. It becomes impossible, then, to obtain pleasure from any romantic activity, sex or otherwise.

If you’re in a sexually abusive relationship, your partner may try to initiate sexual contact without your consent. This demonstrates a complete lack of respect or care for you as a human being, much less a partner in a relationship. Sexual abusers don’t care about the other person’s needs, however, as long as they can fulfill their own twisted desires.

Just because you’re in an intimate relationship with this person, it doesn’t mean you’re obligated to say ‘yes’ to them every time. If they still don’t listen after you turn them down, this is a clear sign of sexual abuse.

7. Your Partner Demands Intimacy Even When You’re Sick or Tired

If your partner regularly disregards your feelings when it comes to sex, this means they’re only in it for themselves. A caring, loving partner would obviously understand when you’re not in the mood, especially if you feel sick or tired. However, in a sexually abusive relationship, the abuser only cares about meeting their needs. To them, you’re just making an excuse to justify your lack of interest.

8. Holding You Down or Restraining You During Sex

In a sexually abusive relationship, your partner may attempt to pin you down or restrain you during sexual acts. This is their way of exerting control and power over you to maintain their superiority. It’s fine if you agree to this beforehand and you’re in a stable, healthy relationship. However, an abusive relationship is a one-sided act rooted in domination, insecurity, and self-gratification.

The first few times it happens, you may excuse your partner’s behavior as a strange phase or mistake. Maybe you think things will go back to normal and try to forget about the abuse. However, a sexual abuser doesn’t have boundaries and won’t accept being told ‘no.’ Any attempt to reason with them will just be met with aggression or silent treatment.

They will instead gaslight you, making you believe that they’re the victim in all this. If you remain in a sexually abusive relationship, you may start to tolerate the abuse as it seems normal to you. Unfortunately, this game of deception was part of the abuser’s plan all along. 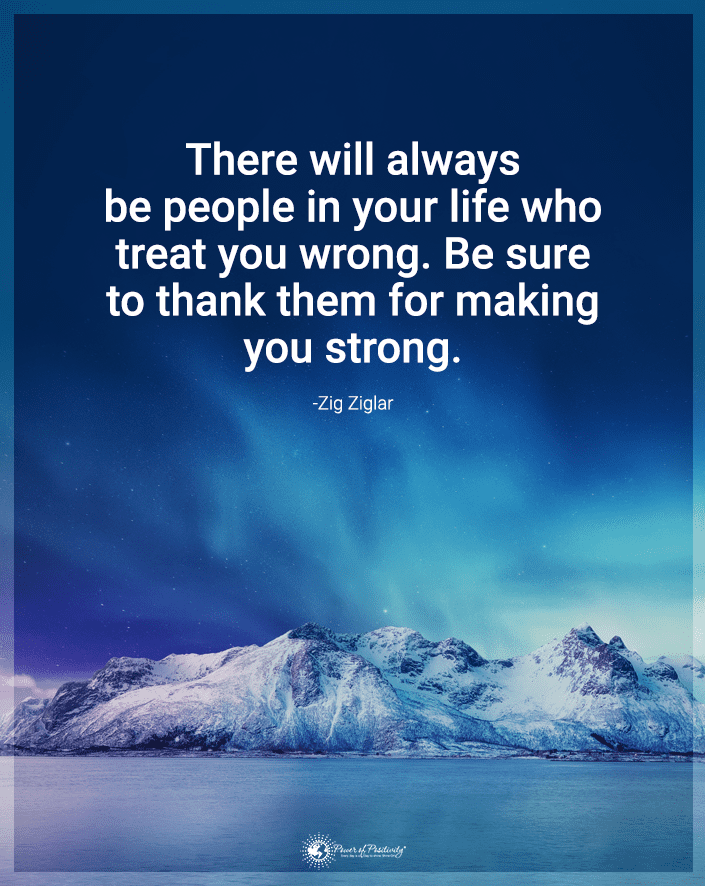 10. Your Partner Calls You Degrading or Disrespectful Names

In a sexually abusive relationship, your partner will feel entitled to disrespect you both verbally and physically. It’s rare that a relationship involves only one form of abuse since the perpetrator craves total domination over their partner. They may become angry or frustrated when you don’t do as they say, and misuse their power by yelling or calling you names.

They may also bring up any negative sexual encounters from your past in an attempt to lower your self-esteem further. The sexual abuser wants to disempower their victims to make them easier to control.

11. In A Sexually Abusive Relationship, Your Partner Will Force You To Do Things You’re Uncomfortable With

Another warning sign of a sexually abusive relationship is your partner disregarding your boundaries and bodily autonomy. It doesn’t matter if you’re uncomfortable with what they’re suggesting; they still expect you to cater to their desires. Remember, it’s all about their pleasure, and to them, you’re simply a means to satisfy their needs.

12. They Will Act Jealous and Controlling

Many women in sexually abusive relationships report having partners who are emotionally abusive as well. According to a survey by the National Institute of Justice, “women whose partners were jealous, controlling, or verbally abusive were significantly more likely to report being raped, physically assaulted, and/or stalked by their partners.” Having a verbally abusive partner predicted that a women would suffer sexual abuse more than any other variable.

According to the National Coalition Against Domestic Violence, one in five U.S. women will become rape victims in her lifetime. In addition, nearly 50% of women and 20% of men will experience sexual violence in other ways besides rape. Sadly, sexual assault in relationships is far more common than people realize, as these sobering statistics reveal.

Get Support With Your Sexually Abusive Relationship

If you or someone you know is the victim of sexual abuse, please contact local law enforcement or the National Sexual Assault Telephone Hotline (NSATH) at 1-800-656-HOPE (4673).

Here’s what you can expect when calling NSATH: