Depression is a troubling illness, both for the afflicted and those that care about them. Many times, the depressed doesn’t know why it’s happening; sometimes they think that it’s a personal failing or weakness.

Nothing could be farther from the truth.

Depression is a very complex disease that is often linked to biological, environmental, genetic, and psychological factors. In simplest terms, depression is a disorder of the brain. Imaging technologies such as Magnetic Resonance Imaging (MRI) and positron emission tomography (PET) have discovered that the depressed brain is different in various functionalities than the normal brain.

The brain areas that are affected by depression include the Amygdala, Thalamus and the Hippocampus. The amygdala is associated with emotions such as anger, fear, pleasure, sorrow and sexual arousal. Studies have shown that the amygdala registers higher activity when a person is sad or clinically depressed; this likely accounts for the episodes of mania that people experience in manic depression.

The hippocampus is another limbic system structure that is responsible for processing long-term memory and recollection. Some studies have shown that the hippocampus is smaller in some depressed people and that continuous exposure to stress hormones can impair the growth of nerve cells in this region of the brain.

What causes this shift in the chemical functioning of the brain?

Many things, including psychological or physical trauma, relationship difficulties, loss of a loved one, or any other stressful situation may initiate these brain changes.

Regardless of the cause, it is important to be able to recognize depression – for your own health and those that you love and care for. There are certain behavioral traits that are quite common in depressed individuals and are worth being aware of.

Here are 10 common signs someone is depressed:

When someone is depressed, they’re often reluctant to be in the company of others. Part of this is a lack of interest, and part is the fear of being the Debbie Downer of the group. There is also a fear of being rejected by others, which increases the reluctance to engage socially.

Here are some symptoms of aloofness:

– Few or no friends

– Friends, family, and others are concerned with lack of interaction

This is a big one. Activities that used to bring such joy and fulfillment to the person no longer do. Needless to say, this is painful for both the individual and those who care for them. The afflicted person can even lose interest in their spouse or children, often leading to bigger problems.

#3…Increased Alcohol or Drug Use

Navigating the ups and downs of life is difficult enough, but for the depressed it is nearly impossible at times. To escape this trap, they often turn to the use of alcohol or drugs. Understandably, alcohol and drug use occurs because the person is seeking to numb their pain or feel the happiness that they long for. However, this only works for a short while and as tolerance increases so does the likelihood of addiction.

Chemical imbalances in the brain often lead to abrupt changes in mood. A depressed person can go from happy to crying to something else within a short span of time. Things and events that used to cause little to no reaction – a sarcastic joke, for example – now cause fits of anger or irritability. If someone you care about is demonstrating these sorts of changes, understand that it can be due to depression. Don’t judge too hastily, however; normal changes in hormones can lead to mood swings as well.

This is a tricky one because “changes in appetite” can be a depressed person not touching food on a plate (“are they not hungry?”) or someone scarfing a gallon of ice cream (“maybe they just feeling like binging…”) until it’s gone. The former doesn’t have the willingness to eat, as they are too busy attending to their thoughts while the latter uses food as much-needed source of comfort. Either way, drastic changes in appetite is often a clear sign of depression.

A lethargic approach to many of one’s responsibilities is only natural for people lacking enthusiasm. People with depression constantly deal with the internal chatter of their minds, which is exhausting in itself. It is no wonder then why they have very little energy for anything else. Excessive states of tiredness could indicate the presence of depression.

You may think that because of #6 a depressed person would have no issue with sleeping. As with many other depressive symptoms, however, sleep problems can vary widely. Some will sleep the majority of the day while others will skimp by on maybe a couple of hours if that. A drastic change in sleep patterns is often one of the more obvious signs of depression.

Depression is notorious for having an impact on cognitive function. Concentration, decision making and memory are often less adept than before the depressive state. Further, cognitive impairment is often very noticeable to the depressed and makes it more difficult for them to believe that they’ll ever be well again.

At times, the pain that builds up in one’s mind becomes so intense that inflicting pain actually becomes a relief. Of course, this is a very serious sign of depression and one that requires immediate intervention.

Unfortunately, this is one that needs to be discussed. Repetitive bouts with one’s inner self and the conflict that their depression creates have led the individual to believe that there truly is no way out, no matter how untrue those beliefs may be. Thought of suicide almost always indicates the presence of depression and professional help becomes absolutely necessary for their protection. 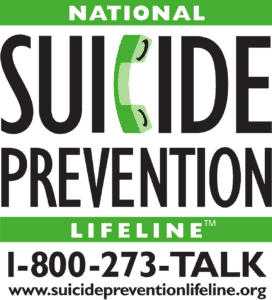 Witnessing someone that you love go through depression can indeed be a difficult experience. Exacerbating this difficulty is the feeling of helplessness that loved ones of depressed people often feel. Fortunately, there are indeed things that you can do to help the person get better and provide some emotional relief for yourself.

The Mayo Clinic, perhaps the most prestigious health organization in the world, recommends the following:

– Talk to the person about what you’ve noticed and why you’re concerned.

– Educate the person about depression. Explain that it is not a personal failing, flaw or weakness, but a medical condition that often gets better with treatment.

– Suggest that the person see a professional – a medical doctor or mental health providers, such as a licensed counselor or psychologist.

– Offer to help the person create an outline of what to talk about, including questions to ask during the initial appointment with the doctor or mental health provider.

– Express your willingness to aid the person with appointments. For example, help them with scheduling the appointment or going with them to see the doctor.